The Greatest Magic Trick Ever Under the Sun - Explained

THE GREATEST MAGIC TRICK EVER UNDER THE SUN - EXPLAINED 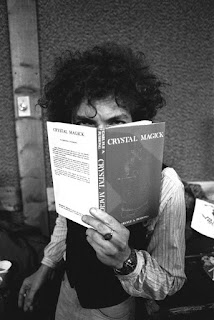 “The day they blew the brains of the king
Thousands were watching, no one saw a thing
It happened so quickly, so quick, by surprise
Right there in front of everyone’s eyes
Greatest magic trick ever under the sun
Perfectly executed, skillfully done…..”
– Bob Dylan – “Murder Most Foul”

“President Kennedy’s assassination was the work of magicians. It was a stage trick complete with actor’s accessories and props. And when the curtain fell the actors and even the scenery, disappeared. But the magicians were not illusionists, but professionals, artists in their own right.”
-          Fairwell America by French Intelligence officers Philippe de Vosjoli, M. Andre Ducret

One line of Bob Dylan’s Number One Pandemic Hit song about the assassination of President Kennedy says it was “The Greatest magic trick ever under the sun – Perfectly executed, skillfully done…”

That the President was killed by his enemies in Washington, rather than a deranged lone nut, and they got away with it, certainly appears to be like a magic trick, but it is one that can be understood, if you try.

As Gene Wheaton – the Ultimate Whistleblower said, “it was convoluted, but not complicated,” and it was a well developed plan, not a plot.

While the Great Wizzard appears to be almighty, when you pull back the curtains you see there’s only a man there pulling the puppet strings, a fortune teller, the seller of potions, a con artist and confidence man, and as John Kennedy himself said, problems created by man can be solved by men, and this is one of them.

One approach the English have adapted to certain crimes is the Modus Operandi – MO – and in this case the MO of the assassination of President Kennedy must be viewed as a covert intelligence operation.

As former CIA Chief of Station in Moscow Rolf Larrson said at the CAPA conference in Dallas last November, only a few men were capable of pulling off such a covert operation – and he named five – Allen Dulles, William Harvey, Desmond FitzGerald, James Jesus Angleton and Jacob Easterline.

But before beginning to try to put a name behind the mastermind of the Dealey Plaza Operation how such things work must be fully understood.

General William Odom, the former Assistant Chief of Staff for Intelligence (ACSI) and head of the National Security Agency (NSA) was once asked what makes a good intelligence operator, Odom thought for a second and replied “The Sting.”

The movie with Paul Newman and Robert Redford?

When I saw the movie “The Sting,” I immediately recognized that it was based on a book I had picked up at a garage sale and read – David Maurer’s “The Big Con,” about the unique slang and lingo of confidence men. Maurer was Kentucky linguist and based his book on his study of their slang. Maurer’s assistant confirmed to me that Maurer had the same reaction as I did when he saw the movie, and sued the producers for not giving him credit. The screenwriters claimed they never even read his book, but they had to admit they had when they couldn’t come up with any other published source for the name of “Gondorf,” the character played by Paul Newman which was based on a real confidence man mentioned only in Maurer's book "The Big Con."

Odom’s response clearly indicates he was once a student of Paul Linebarger at the Center for International Studies at Johns Hopkins University, where Linebarger taught psychological warfare and covert intelligence operational procedures.

In his book “Portrait of a Cold Warrior” Joseph Smith writes about taking Linebarger’s classes.\

Smith relates how Linebarger not only used his own classic text book “Psychological Warfare,” that delineates various levels of propaganda from white to black, with black being clearly and falsely identified as originating from the opposition.

Smith wrote: “Black propaganda operations, by definition, are operations in which the source of the propaganda is disguised or misrepresented in one way or another so as not to be attributable to the people who really put it out. This distinguishes black from white propaganda, such as news bulletins and similar statements…”

According to Smith, besides classes in propaganda, Linebarger also had his students read David Maurer’s book “The Big Con,” also published as “The American Confidence Man,” which gave good insight into how case officers could run operatives and conduct successful covert operations.

David Maurer’s book, originally a linguistic text on the unique language and slang of thieves, con artists and confidence men, led Maurer to uncover and detail the inner workings of the Big Con, and that was the basis of the script for the movie “The Sting,” as referenced by Odom.

As Smith wrote: “I want you all to go out and get a copy of David Maurer’s classic on the confidence man. It’s called ‘The Big Con,’ and its available now in a paperback edition,” Paul continued. “That little book will teach you more about the art of covert operations than anything else I know.”

Smith quotes Linebarger as saying, “Maurer’s book will give you a lot of ideas on how to recruit agents, how to handle them and how to get rid of them peacefully when they’re no use to you any longer. Believe me, that last one is the toughest job of all.”

"We were all soon reading 'The Big Con,'” Smith wrote. “The tales it told did, indeed, contain a lot of hints on how to do our jobs. For me one sentence seemed to sum it all up beautifully, ‘The big-time confidence games,’ wrote Maurer, ‘are in reality only carefully rehearsed plays in which every member of the cast EXCEPT THE MARK knows his part perfectly.’”

“A note of caution that Linebarger added to these discussions of black operations sounds like a bell down the years,” wrote Smith, quoting Linebarger as saying, “I hate to think what would ever happen,” he once said with a prophet’s voice, “if any of you ever got out of this business and got involved in U.S. politics. These kinds of dirty tricks must never be used in internal U.S. politics. The whole system would come apart.”

Well these kinds of dirty "magic" tricks were used before Watergate, including what happened at Dealey Plaza, and the whole system did come apart.

Just as linguist David Maurer learned the secrets of the Big Con through the study of the unique language of the con artists, we can only learn the means and methods of the covert operators by learning the terminology they use in crafting their covert operations - the Lingo of Dealey Plaza.

Some key words are mutually used by the Big Con con-artists as well as the covert operators – such as Inside Man and Outside Man to distiguish those who work in an office  (such as JMWAVE), and those who go out on the street and recruit agents and operators that the confidence men called “Ropers.” Then there are “cut-outs” to keep operators apart, case officers to direct the operators, team leaders to run crews, and the use of codes and ciphers to prevent others from learning the process.

Paul Linebarger’s psychological warfare techniques were successfully used in 1954 in Operation Success, run by Jake Easterline, a Guatemalan coup that had David Atlee Phillips’ radio stations broadcast false stories of an army descending on the capitol, forcing the president to resign and flee.

Then Ed Lansdale had Linebarger accompany his to the Phillipines where he taught the military there the secrets of Linebarger’s psych war “magic” techniques for use against the Huk guerillas. Then Lansale took some of those who Linebarger trained in the Phillipines to Guatemala where they began to train the anti-Castro Cubans as commandos as they prepared for the Bay of Pigs. Again Easterline was to run the operation and Phillips handle the radio aspects, though it failed as a major disaster.

These same men then began a detailed study of the July 20, 1944 German military plot to kill Hitler, code named “Valkyrie,” that Desmond FitzGerald told the Joint Chiefs of Staff was to be used as a strategy against Fidel Casto. They also developed a more tactical plan to shoot Castro as he rode by in an open jeep, a plan called “Pathfinder,” that the JMWAVE commandos practiced, but according to the official records, was “disapproved by higher authority” (JFK and RFK).

When they couldn’t get the Cuban military officers to stage a coup and kill Castro as the Germans tried to do with Hitler, there was no problem getting the American military brass, especially the Joint Chiefs, to go with the Valkyrie and Pathfinder plans.

There are five aspects of the Valkyrie plan that were used at Dealey Plaza, including the use of standard covert intlligence operational procedures, getting the Mark – JFK to approve the plan, having the Home Guard (National Guard ) to carry out the boots on the ground missions, controlling communications and the media, and blaming the action on communists.

It was a Big Con Sting, using plans developed by the German military to kill Hitler that was to be used against Castro but redirected to JFK at Dealey Plaza.

While we still don’t know who was the “mastermind” or who carried out the Dealey Plaza Operation, we know how it was done, and that only a few men could have conducted such a convoluted scenario. It is no longer a magic trick that we can’t understand and will soon be able to identify the magicians of Dealey Plaza.

IF you can please support JFKCountercoup Research
https://www.gofundme.com/f/supportjfkcountercoup
William Kelly at 1:30 AM