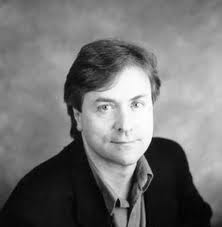 I’M WRITING TO ENLIST YOUR SUPPORT for a project that I think is vital. I’m producing a feature documentary about John and Robert Kennedy that I hope will make a powerful statement about the true Kennedy legacy—and help counter the sludge of disinformation about the lives and deaths of JFK and RFK that has already begun pouring out of Hollywood as the 50th anniversary of President Kennedy’s assassination approaches.

My documentary, “Brothers: The Hidden History of the Kennedy Years,” based on my 2007 bestseller, will tell the most important story about the Kennedys — how they tried to shift the country from its path of Cold War militarism, and how they were killed by national security forces within their own government opposed to this peaceful strategy.

The United States was deeply damaged by the assassinations of John and Robert Kennedy—twin traumas that set the country on a course of violence and greed from which we continue to suffer today. John and Robert Kennedy were not killed by lone nuts. They were murdered for a reason. No president since JFK or major presidential candidate since RFK has displayed the courage or commitment to challenge the permanent war complex that has ruled America since World War II. Until Americans fully understand their own hidden history, they will be doomed to keep repeating it.

And yet the dramatic movies and TV shows now being churned out by Hollywood including Joel Surnow’s trashy TV miniseries on the Kennedys and Tom Hanks’ forthcoming HBO miniseries about the JFK assassination—once again grossly distort the crucial Kennedy story. These Hollywood dramas continue to portray the Kennedys as corrupt playboys not worthy of America’s tears, or cover up their assassinations all over again as the work of crazy misfits.

Those of us who care deeply about this critical turning point in American history—and about the cause of truth—are locked in a culture war. And we’re losing. Back in 1991, Oliver Stone’s brave and powerful movie “JFK” shed a new light on the terrible crimes of Dallas and inspired a new round of public scrutiny.

But ever since then, we’ve been subjected to a media backlash of lies and distortions. The public has been barraged by deceitful books like Seymour Hersh’s “Dark Side of Camelot” and Vincent Bugliosi’s “Reclaiming History,” which propagated the CIA’s view of President Kennedy and his assassination. And now we’re bracing for “TV events” like Tom Hanks’ miniseries, which is based on Bugliosi’s 1,600-page coverup, and movies like “Ultimate Sacrifice,” an upcoming Leonardo DiCaprio vehicle based on a book that blames JFK’s murder on the Mafia and the Kennedys’ own policies on Cuba.

As the 50th anniversary of President Kennedy’s assassination approaches, it is vital that the American public be given the opportunity to see the unprocessed truth. It is time, at long last, that we break through the hall of mirrors that the CIA constructed around the
violent deaths of both Kennedy brothers.

Fifteen years ago I founded Salon, in response to the corporate-managed news machine. I am now determined to challenge the official story by producing a beautiful and compelling feature-length documentary about the Kennedys. Like my book, “Brothers,” the documentary will tell the gripping story of Robert Kennedy’s search for the truth about the murder of his brother. In the course of this story, viewers will come to understand the Kennedys’ true heroism, as they confronted the military and intelligence forces that were pushing the world toward a nuclear inferno.

No Hollywood studio or network will touch the true Kennedy story. See the article I wrote for Salon about the ongoing Hollywood coverup, which you can find in
this brochure.

In order to tell the truth, we must raise enough money to make “Brothers” as an independent documentary feature. Working with an award-winning documentary team, I’m confident that I can produce a critically and commercially successful film that shifts the country’s understanding of this history.

Please join me in this effort by either contributing financially or connecting me to wealthy individuals who might be so inclined. If you’re willing to host fundraising parties at your home where we can make a presentation, this would also be very helpful. All
contributions will be tax-deductible.

The 50th anniversary of JFK’s death in 2013 provides us with what will likely be the final window in our lifetimes to tell the truth. The Kennedy family understands this, and two of Robert’s children have expressed their support for this project.

I will greatly appreciate any assistance you can offer. You can contact me or my colleague Karen Croft at the email addresses or the phone numbers below for more information.

Best wishes with your project. The Kennedy brothers lives seem to have consumed my life. I don't know why but your point at the beginning of this blog is a crucial one. I think Oswald was involved/connected to the extent he could be framed. RFKs murder is equally as tragic. I did a school assembly about him which was very moving. RFK final journey is on YouTube.