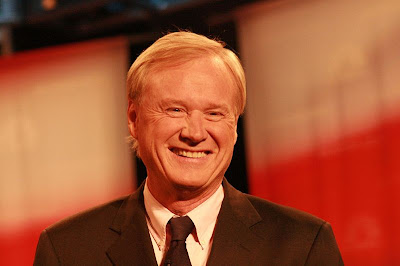 'Hardball with Chris Matthews' for Friday, April 15th, 2011
Read the transcript to the Friday show

CHRIS MATTHEWS: “Let Me Finish” tonight with the grassy knoll. That was the place in Dallas—near the Texas Book Depository—that the crazies believe people shot at President Kennedy from.

Well, to the conspiracist mind, it‘s important to always have a grassy knoll. It‘s their grotto of denial, a place to travel mentally and find deliverance from reality. Those who don‘t like reality need a grassy knoll to get through the night.

I do not wish to do injustice to these desperados. I know exactly why people need grassy knolls. They need them because they cannot bear the suffering that truth brings to the heart and to the mind.

How could some loser—some misfit who went to the Soviet Union because he thought he liked communism and believed he could find a happy life there, then came home and fall hard for Fidel Castro on the rebound, how could this squirt kill the regal Jack Kennedy? It doesn‘t balance out, does it? How could a nobody kill such a great somebody?

Well, worst yet, how could a man of a hard left—a communist—kill Jack Kennedy. Why wasn‘t it a right-winger who killed him? Then we could blame it on them?

I‘ve got it. We‘ll come up with a conspiracy theory—don‘t actually have to prove anything, of course, that says—just say it. Just say it. It really was a right winger. It‘s that guy - oh, those guys over in the grassy knoll. Don‘t you get it? It was the right wing that killed our hero.

Just look at the history books. Look at the newspaper. Dang it! This guy is president. He was elected president. A majority of the people wanted him president and went out and voted for him.

I got it, with this—it didn‘t happen. You see, he wasn‘t born here. He‘s not eligible to be president.
I read it somewhere that he‘s from somewhere else. Can‘t put my finger on it but he‘s not really an American, you see? Not natural born anyway. He‘s from out there somewhere.

So, last night, the boobs in the Arizona legislature voted to require the candidates for president henceforth approved other documents besides the official document that the state of Hawaii issues as a birth certificate. They want circumcision, baptismal records. They want something that nobody‘s ever wanted before from any candidate before.

What they really want is the same thing grassy knoll people want even now—deliverance from the truth they cannot handle.

Donald Trump—take a bow for giving new hope to grassy knollers everywhere. Wow!
That‘s HARDBALL for now. Thanks for being with us.

I was not surprised by your arrogant and ignorant denunciation of conspiracy theorists who believe JFK was fired upon from the "Grassy Knoll." Of course the last official investigation of the assassination came to that same conclusion, based in part on scientific acoustics tests that virtually proved it (despite claims to the contrary those tests have never been refuted).

I find myself wondering, however, if you ever read your former boss and mentor's book "Man of the House," in which Tip O’Neillwrites:

I was never one of those people who had doubts or suspicions about the Warren Commission’s report on the President’s death. But five years after Jack died, I was having dinner with Kenny O’Donnell and a few other people at Jimmy’s Harborside Restaurant in Boston, and we got to talking about the assassination. I was surprised to hear O’Donnell say that he was sure he had heard two shots that came from behind the fence. "That’s not what you told the Warren Commission," I said. "You’re right," he replied. "I told the FBI what I had heard but they said it couldn’t have happened that way and that I must have been imagining things. So I testified the way they wanted me to. I just didn’t want to stir up any more pain and trouble for the family." "I can’t believe it," I said. "I wouldn’t have done that in a million years. I would have told the truth." "Tip, you have to understand. The family—everybody wanted this thing behind them." Dave Powers was with us at dinner that night, and his recollection of the shots was the same as O’Donnell’s.

So I guess O'Donnell and Powers can be counted among the "crazies," as can Tip O'Neill for passing on what they told him without attempting to refute it."

You are entitled to believe what you want about the Kennedy assassination, but branding people who believe something else based upon eyewitness testimony and scientific evidence as "crazies" says a lot more about you than it says about them.

Posted by William Kelly at 1:36 AM