Grey and Relevant ? By G.W. Blakey 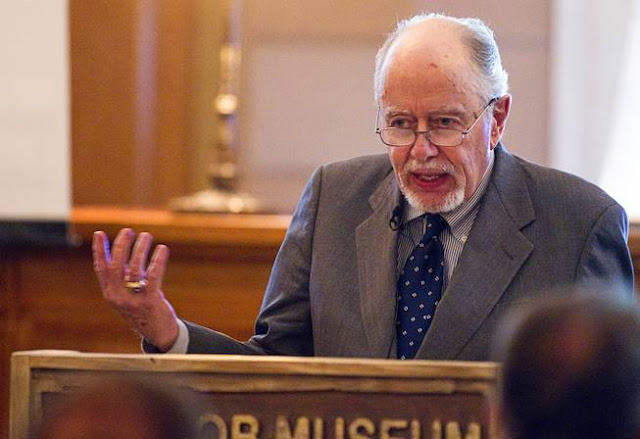 The Kennedy Assassination - Grey and Relevant?

Professor G. Robert Blakey, the second chief counsel to the HSCA, occasionally contributes to Paul Hoch’s private internet email group, and recently posted the following comments, which he has agreed to allow me to repost here.

Thanks to Paul Hoch for his many contributions to the case and John Simpkin for calling attention to this.

(1)   I went down to the HSCA believing in the single assassin theory, because I knew WC staff members, not because I mastered the evidence in 1964. In fact, I got a cc of the paperback version of the Report and read it at the time, but not critically. Nor did I keep up with what the critics said about the report or the assassination itself.  E.G., I did not know who was or read his book until I was on the job. After I got to Washington, I changed my mind in light of the evidence, not solely because of neutron etc or acoustics, of the evidence, including what the FBI and the willfully withheld from the WC and the character of its investigation; had a conspiracy existed, what the WC did would not have uncovered it.

(2) We relied on the neutron, etc. in '79 as part of our independently establishing the single b. theory.  The FBI (and the rest of the forensic community) no longer accept it.  That does not mean the single b. theory is mistaken, only that the quantum of available evidence to establish it is less than it was in '79.

(3) People can (and do) reject our acoustics analysis.  [Unexplained for me, at least, is how it and the other evidence (testimony, photos, X-rays, etc.) fit hand-in-glove with the timing and direction of the three shots (excluding the shot from the fence for a moment).  Chance event? Not likely. And if you look at the shot from fence, you find creditable witnesses establishing it (Landis, Holland, Bill and Gale Newman, etc)  It is easier to find the three from the TSDB, but showing three from it, does not disprove another from the fence.]

The WC said only three shots, because it found only three shells in the TSDB [and because if it said at least three, leaving open that more might have occurred, it could not creditably say single shooter.]

It decided that the witnesses who heard more than three or from two directions were wrong because it did not have corroboration for them [and because if it said more or different directions, etc]

I know of no principle in law (or anywhere else) that says that eye or ear witness evidence MUST be corroborated before a fact-finder can use it to decide a question of fact in law (or anything else).

Single shooter was one theory, but hardly the only one.

It is not NECESSARILY what happened.

(4)  Why most people think conspiracy is complex.  Max () oversimplifies it; his mind sees matters as black or while.  No grey.  JFK was an important person. was nobody.  It is not fitting that one so small should bring down one so large. Other sinister forces must be at work. That is a gut matter, not a question of reason. The evidence is complex, difficult to put together, and it points in more than one direction, particularly if you are troubled by what happened in the Plaza.

No one who first see the Z film, when he sees JFK's head snap back, can not think he was hit only from behind. I find it easy now to see how most of the world thinks it was a
conspiracy ... but when most of them are questioned, the reasons they offer to support their thesis melt away.

The major problem with this blog is that too often people do not credit others with good faith, competency, or even sanity.

(6) I don't know about the rest of your, but I live in a grey world.  I wish it were black or white, one way or the other; it would be easier to live.

The Greeks went through most of these questions during their Enlightenment.  We only go through variations of the same arguments over and again.

True, the modern world has given us empirical science, but it can only tells us "how" the world works and give us a temporary theory of "how."

It says nothing about "who" or "why," because the answers to those questions are not empirical, as a matter of the theory of empirical science. When prominent scientist talk about these issue, they are "out of order." They have not qualified themselves as scientists to make such statements.  Why does something exist? Or nothing? Or for what purpose? Or no purpose at all. For science, no theory is final.  And because it deal in "facts" not "values," whatever they are, it can not give us a standard by which we OUGHT to chose.


l live in a grey world, generally, and on what happened, as a matter of fact, in Dallas 50 years ago, and why, if that question is even relevant. 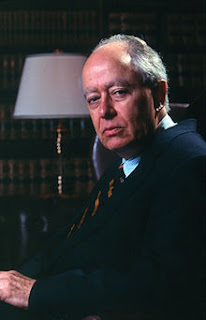 Down deep in your observations is a question that admits of a factual answer.
At the end of his deposition, I talked with Rankin off the record on "personal" matters.  He "ran" the WC.  I had to "run" the HSCA I asked him if he could give me any advice based on his experience with his staff.  He told me that I had to get the staff to stop  arguing and put its thoughts on paper.  Until it wrote, we could make no progress.  I found his advice sage.

During the investigation, the staff drafted sections of the report that dealt with JFK and , depending on their expertise. The committee itself never reviewed these staff drafts. The staff drafts were merely one way of focusing the mind. Where major issues developed, we had two drafts to see how each withstood analysis.  In fact, the vast majority of areas in both cases did not produce two drafts.  If anything, the staff was prone to finding evidence of conspiracy in more than one area.

When we had a "final" draft, the committee voted on it, and where individuals disagreed they wrote concurring or dissenting opinions. The various staff drafts were written knowing full well we did not have the tape evidence. When it came the staff integrated it into the drafts. The committee did not get a final draft until all of the evidence was in. No draft was final until it went through me, Stokes, Devine the rest of the committee.

It is a myth, that is, a supposed truth that supports a theory not rooted in fact, that the tape evidence turned around anything.

Michael, does that answer your question?

"The major problem with this blog is that too often people do not credit others with good faith, competency, or even sanity."

I await corroborating evidence that single shooter / magic bullet apologists have any good faith, or in some cases sanity. For what they did and still try to do, against the weight of the evidence, they are obviously competent- competent cogs in the control system machine.

I hear what he's saying, there is not a lot of black and white in this world, but until he bothers to get really real, I'm not really interested in reading anymore of his writing.

What's real? Multiple testimonies of eye witnesses who heard/saw 5-10 bullets in Dealy Plaza. Multiple braggarts (Frank Sturgis, LBJ, Jack Ruby) confessing to friends/family that they "pulled it off". Multiple lies in the Warren Commission that show a consistent, systematic approach to covering up the facts.

Can you ask Blakey to explain his comments that JFK was "sick when it comes to women" and his citing the thoroughly discredted Judyth Exner Campbell as his prime example?
http://www.reopenkennedycase.net/1/post/2012/11/blakey-still-has-the-same-spots.html

It may take one clue of evidence or Govt file to get the full picture, but sadly iam skepical as missing , destroyed files and missing films taken at Dealy Plaza are gone or hidden in an attic somewhere? Enjoy your blog Mr Kelly.