“Make sure you never discuss what I tell you, ever.” – “Maurice Bishop” 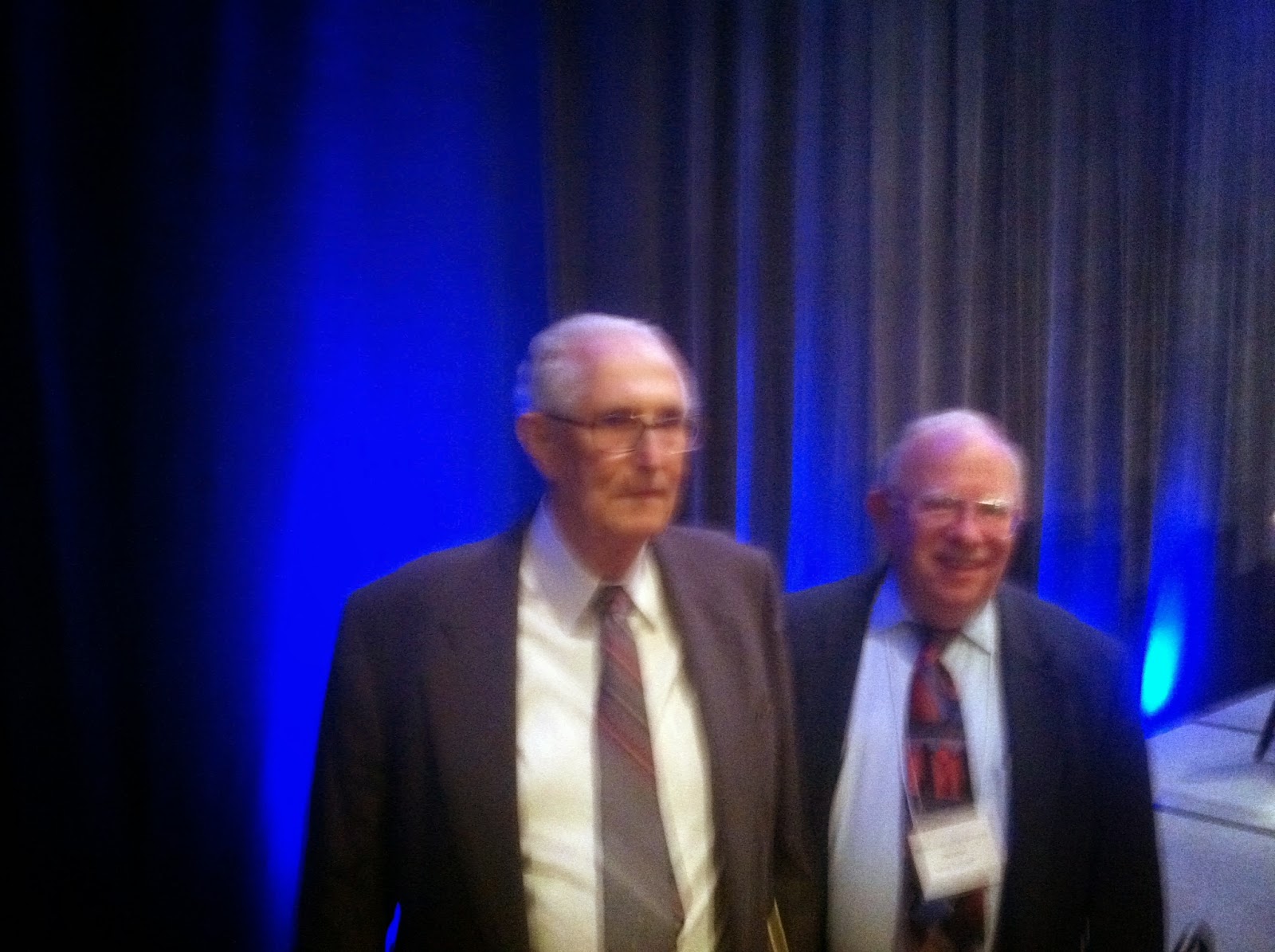 Antonio Veciana came into the picture in 1976 – that seminal Bi-Centennial summer when he was interviewed for the first time by Congressional investigator Gaeton Fonzi.

The Church Committee, named after its chairman Sen. Frank Church (D. Idaho), was established by Congress to investigate the intelligence community in the wake of Watergate and an explosive Seymore Hersh article in the New York Times (Dec. 1976), and included a bi-partisan JFK Assassination subcommittee of two Senators –  Gary Hart (D. Col.) and Richard Schwiker (R. Pa.), who were not to investigate the assassination itself, they were only charged with investigating the role and response of the intelligence community to the assassination.

Schweiker, a liberal Republican from Pennsylvania, hired Gaeton Fonzi as an investigator based primarily on his reputation as a journalist whose Philadelphia Magazine investigative articles were guided by its editor Alan Halpern.

As an Italian from Philadelphia, Fonzi earned the respect and loyalty of people who confided in him, and often had to remain anonymous, a trait shared by other reporters on this story – Dick Russell and Anthony Summers.

Veciana first came to the public’s attention in a Saturday Evening Post article – “Dallas – The Cuban Connections,” which mentioned Veciana and his Alpha 66 terrorist militia that attacked Cuban and Russian ships and was hell bent on killing Castro.  [See: Sat Evening Post]

When Dick Russell went looking for Veciana in Miami he found Fonzi had already interviewed him, as he was listed in the phone directory and met him at a little café.

Veciana told Russell, as he had told Fonzi, that many of his anti-Castro activities were directed by his intelligence case officer known to him as “Maurice Bishop,” a shadowy spymaster who also “ran” Lee Harvey Oswald, the accused assassin of President Kennedy.

As Veciana summarized the significance of that personal information he put it bluntly – “that means – coup d’etat.”

When Veciana recognized the accused assassin as the same man he had met a few months earlier, he expected to be arrested, he waited for them to come to his front door but they never came, at least not until Senate investigator Gaeton Fonzi tracked him down and asked about his covert Cuban operations.
The devil is in the details, and Veciana gave Fonzi and the sub-committee staff all the details they wanted, and a sketch artist did a facial profile of Veciana’s description of “Maurice Bishop,” which produced a profile that Sen. Schweiker recognized as someone who had testified before his committee – former CIA officer David Atlee Phillips. The background of “Maurice Bishop,” as detailed by Veciana, matched perfectly to that of the career of Phillips and based on his own autobiography – “Nightwatch – 20 Years of Peculiar Service.”

Veciana however, refused to identify Phillips as “Bishop,” even after confronting Phillips as a meeting of the Association of Former Intelligence Officers (AFIO), where the keynote speaker was Clare Booth Luce.
Despite Veciana’s refusal to positively ID Phillips, Fonzi, Bob Tannenbaum of the HSCA and others believed Phillips was “Bishop” and Veciana refused to identify him to protect his family, - he had survived an assassination attempt, was shot in the head, framed for drugs and had participated in assassination plots with “Bishop” before, so fear of him and the security of his family were factors. Veciana also had a loyality to “Bishop” for years of service, and paying him royally – not only getting him well paying jobs, but cashing him out after a decade of service with a large payment – over $200,000 in cash. Veciana also wanted to revive his anti-Castro Cuban activities and thought that “Bishop” would back him again.

When the House Select Committee on Assassinations (HSCA) was formed and Fonzi was hired by its first chief counsel Richard Sprague, Veciana was reluctantly convinced to testify before the whole committee in a public session with the media present, as was Sylvia Odio, who also had to be persuaded to be questioned by Congressmen in a public session. But then, at the last minute, both Veciana and Odio were scratched from the list of those to be called to testify, and they felt betrayed and abandoned. “They don’t want to know the truth,” Odio said when told she wouldn’t be permitted to testify in public.

Then, decades later, after Phillips and Fonzi had died, Fonzi’s widow Maria persuaded Veciana to come clean and issue a public statement that David Atlee Phillips was indeed “Maurice Bishop” – the mysterious spymaster who directed Lee Harvey Oswald, the accused assassin of the president, and he agreed. “Gate didn’t push too far,” Marie said, “I’m a bit more pushier than Gaeton.”

So it was with some anticipation that Antonio Veciana was to speak publically at the AARC Conference and decades after being denied the opportunity to testify before Congress, he would tell his story and take questions from ordinary citizens.

Although he understands and speaks English, he prefers to talk in his native Spanish and did so with the able translator Fernando Amati.

“I want to state unequalvocally that David Atlee Phillips is Maurice Bishop, who met Lee Harvey Oswald.”
Veciana was working as a banking accountant in Havana in 1960 when he met and went to lunch with “Maurice Bishop,” an American who used a Belgian passport and claimed to work for a Belgian company. At the Floridita, a restaurant also frequented by Ernest Hemingway, “Mr. Bishop” recruited Veciana to work with him against Castro.

While he wouldn’t acknowledge being with the CIA, “Bishop” told Veciana “I will help you fight Castro,” and did so in a hundred meetings over the course of a decade.

“Bishop” took Veciana to an office in the Pan Am Bank building in Miami, where Veciana signed a security agreement and began lessons in tradecraft, psychological warfare and propaganda.

“I was trained by the CIA, as was Oswald. Over the years of training I became a professional conspirator.”
“Oswald and Fidel Castro were ideal scapegoats for the murder of the president. Bishop told Oswald to travel to Mexico City. …Phillips knew of the difficulty of getting a visa for Cuba from the Cuban Embassy in Mexico City. That resulted in the Mexico City incident. Oswald was directed.” There was no official meeting to plan the assassination. Groups of officers got together to plan the murder because they thought he was a threat to the national security of the United States. The U.S. military accepted this and incorporated certain elements (of the assassination plan). It really was a coup d’etat.”

Malcolm Blunt wanted to know about Veciana’s work for U.S. military intelligence, and made note of the fact that Veciana’s CIA file describes him as being “straight, honest and truthful.”

So Veciana testified UNDER OATH that
Phillips was NOT Bishop. Now he says he lied under oath.

Good luck convincing rational people with the word of a self-admitted LIAR!

PS Any corroboration for Veciana's claim that he saw Bishop & Oswald together in Dallas?

Veciana was framed and went to prison, and someone tried to shoot him; so he has no credibility issues, only survival ones. Read Fonzi's book and you see clearly that Veciana, though allied with many questionable types, was himself a man of great honesty and integrity.

just to add, the corroboration is Veciana himself, who has no reason to lie and who was a major figure in Alpha 66.