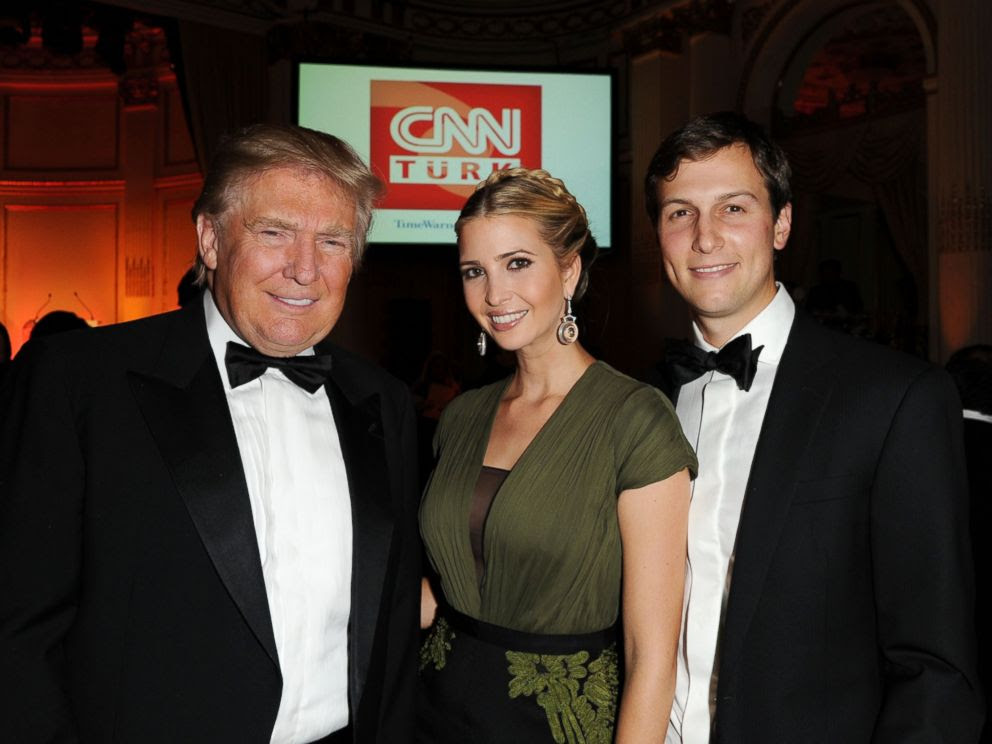 The story was familiar - a group of former Warren Commission lawyers meet in Washington D.C. to plot their media strategy in the face of another looming threat to their dubious legacy - the Warren Report conclusion that one man alone was responsible for the murder of President Kennedy.

As reported in the American Scholar (Summer 2016), "On a sunny day in Washington last October," seven former Commission colleagues met to reflect, in their words, "on our investigation and the report we wrote."

The discussion of the issues has recently shifted from "Who killed Kennedy?" to "What's in the secret and soon-to-be-released records?", and  whether the next president will release them or acquiesce to the intelligence agency requests to keep the documents secret for reasons of national security.

Actor, assassin or fall guy, Oswald's role in what happened at Dealey Plaza is taking a back seat in the debate as the controversy over the release of the records increases in intensity.

Of all the surviving former Warren Commission lawyers, none will be more influential in the new administration than Murray Laulicht, a New Jersey attorney whose wife, Linda Kushner, is the sister of Charles Kushner, the father of Jared Kushner, Donald Trump's son-in-law.

Jared Kushner is a sometimes hatchet man for Trump who got Chris Christie removed from the Trump transition team for jailing his father Charles Kushner when Christie was the Attorney General of New Jersey.

Christie jailed Charles Kushner in 2005 for witnesses tampering, as well as tax evasion and making illegal campaign donations. Charles Kushner had arranged for a prostitute for his brother-in-law, a witness in the case. Paybacks are a bitch, and Karma plays a hand, but it just goes to show how policy may be conducted in the White House next October.

Former Warren Commission attorney Murray Laulicht, whose wife is a Trump family insider, will certainly be able to influence the president's decision to release the assassination records or to skirt the law and overwhelming public opinion, by keeping some of the documents sealed.

Which way will it go?

We will just have to wait and see how it plays out, but the stage is set and the actors are in place for a bewildering drama or comic farce.

At an early conference of researchers in Dallas over twenty-five years ago, the late, esteemed researcher Mary Ferrell quoted a US News & World Report item about a similar meeting of former Warren Commission colleagues who met to decide how to respond to expected criticism stemming from the release of Oliver Stone's movie JFK. Before it was even released Stone's movie had already whipped-up a firestorm of controversy, not only on the matter of a conspiracy, but by calling attention to the still-sealed and secret government records on the assassination.

Back then in the early 1990s their numbers were stronger.  The surviving Warren Commission attorneys then included Arlen Spector, the senior Senator from Pennsylvania, David Berlin, Albert Jenner, and Richard Mosk - all high powered lawyers with rich and powerful clients.  According to the news report, they quickly raised pledges totaling millions of dollars, a war chest that was used on special programs to oppose the media blitz expected with the release of the film.

Stone's film sparked Congress to pass the JFK Act of 1992, which requires all the agencies of government to release all of their records on the assassination 25 years after President George Herbert Walker Bush reluctantly signed the bill on October 26, 1992.

Now that date is fast-approaching and people are anxiously waiting to see why so many thousands of records on the assassination have been kept secret, especially if the assassination was merely the work of a lone nut.

As the sunset provision of the law creeps closer every day, the remaining Commission lawyers met in Washington at the invitation of a documentary film maker to reassess their report and looming legacy.

Although most of the Warren Commission heavyweights have passed away, those remaining are the junior counsel, younger lawyers, law clerks and assistants who performed the bulk of the investigation and wrote the report.

In the past, the never-ending debate focused on whether JFK was killed by one man alone or by a conspiracy, and polls have shown a strong majority of the public sides with conspiracy.

But now the debate has shifted even more against the government to a new focal point: whether the need for secrecy outweighs the need for open government, a full enforcement of the JFK Act, and a complete release of all the records, and even the Warren Commission defenders and staff attorneys are calling for the complete release of all the records.

An example of this shift can be seen in a recent open letter to the president's lawyer requesting complete enforcement of the JFK Act of 1992, a letter that is remarkable because it is signed by two dozen authors of books on the subject. These authors include not only respected conspiracy theorists like Joan Mellen, Peter Dale Scott, Dick Russell and Russ Baker, but also former HSCA lawyers G. Robert Blakey and Dan Hardway and Warren Commission defenders Gerald Posner and Howard Willens. The signatories also include Brian Latell (a former CIA officer), and former New York Times reporter Phil Shenon, who have written books promoting the original cover story that Fidel Castro was behind the Dealey Plaza operation.

The authors want the remaining records released for varying reasons, some because they believe the records will support their own particular theory.

But despite the overwhelming consensus to release all of the remaining records, there are some categories already being contested, such as tax records, William Manchester's private deed of gift, CIA Operational records,  official “Working Papers” that are except from the Freedom of Information Act (FOIA); and there are more.

What takes precedence: the tax laws, a deed of trust, CIA security, National Archives official policy or the JFK Act?

As former Commission lawyer Howard Willens mentions in the American Scholar article, the remaining few who met in Washington included Willens, David Slawson, Stuart Pollack, Sam Stern, Murray Laulicht and Alfred Goldberg.  All are high powered lawyers except for Goldberg, a recently retired Army historian who worked out of an office in the Pentagon and was brought in to substantially re-write the investigative reports and chapter drafts to give the Warren Report a readable and believable narrative, an exercise that was only partly successful.

Willens, Slawson, Pollack, Stern and Laulicht were each responsible for drafting different aspects of the case, while Goldberg substantially re-wrote their drafts to form the basic narrative.

Sam Stern, for instance, served as a liaison to the Secret Service for access to film and tapes, questioned witnesses like S. M. Holland and Forrest Sorrels, and prepared a history of American political assassinations.  Stern's duties also included "handling the investigation of Oswald's background, especially the intelligence agencies' awareness of Oswald prior to the assassination. Secondly, Stern had been in charge of the evaluation of the efficiency of the President's protection.”

In an August 22, 1978, House Select Committee on Assassinations (HSCA) interview at his D.C. law office, Stern said that the Warren Commission staff began with no illusions.

"At the outset we realized that there was no possible way to penetrate any official involvement in a cover-up which no one would ever penetrate."
With the caveat he adds, "We of course did not believe that was so. But we realized what we were dealing with the power of the agencies. Fortunately, we believed they were on our side."
As Stern later learned, the agencies were not on the side of the total truth.

"I am less certain now, than at the time we wrote the Report,” he said. “Less certain that Oswald acted alone. Actually, I wasn't all that certain at the time. I thought the best evidence supported the final findings, and I agreed with them, but I wasn't tremendously immovable in that. In my own mind, I just thought there were a lot of straws left."

"I accepted the forensics, the rifle, the bullets, Tippit and everything, but I hadn't been involved in the hard physical evidence at all," he added.

Stern said that, "Had the commission learned of the CIA-Mafia plots to assassinate Castro we would have gone much more into Cuba, the CIA, and Mafia. We would have a whole host of new avenues calling for investigations."

These “straws” and avenues have since been investigated by others, and there has been much discussion over the possible release of a "smoking gun" document that will prove conspiracy.

Rex Bradford, the curator at the Mary Ferrell archives says, "I've given up on finding the smoking gun record."  Nevertheless, there have been a number of “smoking” documents already released under the JFK Act, notably the Higgins Memo (September 1963 on briefing to Joint Chiefs from CIA on Cuban operations), HSCA interview transcripts, and the November 1963 CIA memo that says the CIA seriously considered using Oswald as an intelligence operative.

When shown the document establishing that the CIA seriously considered using Oswald as an intelligence operative during his HSCA interview in 1978, Stern was taken aback, saying, "I have never seen this. I have never been given this, and we had asked for and we're supposed to be given everything of relevance, like this. That would have been definitely relevant. If they [the CIA] were taking him seriously, then you might think others could or did also. If we found that [the memo] would have been withheld, that would have been a major explosion also."

When Stern was shown the 1960-61 memo regarding an Oswald imposter, he was incredulous and despondent, saying, "They said I had everything."

"If there were a conspiracy," Stern said, "that would mean Oswald was a consummate actor."

But now the debate has gone past Oswald and beyond conspiracy to the expected release of the remaining records on October 26, 2017, when the last pieces to the Dealey Plaza puzzle are expected to be released, so everyone can make up their own minds as to what really happened.

Oswald as Agent Doc without Redactions:


http://www.maryferrell.org/showDoc.html?docId=7478&relPageId=3&search=Lpover
Special thanks to Jeff Morley, Bill Simpich and Patrick McCarthy for their assistance on this story.
Posted by William Kelly at 9:08 AM

The JFK assassination lone gunman / multiple shooter conspiracy controversy could probably be resolved if Kennedy's remains were exhumed and subjected to an independent forensic examination.

the whole scam of jfk assissination is a cabal involving the cia secret service fbi and the chicago outfit lead by sam giancanaa cia asset.and head of the tony accardo outfit for retaliation of the deal made by frank sinatra and mayor dally /jimmy hoffa for gambling casinos in chicago.no knows of this as i do because i m just old enough to be alive and know of the cabal because i was friends of salvadore the duke diminico a very well made man in the accardo outfit.he told me everything including jacob ruebenstein ajew mobster from chicago .that was ahit man .way to much to reveal here as most people ar stupid dumb propagandized norons thats the american pubkic .dump lazy ignorant lathargic morons all ive have said is provable because the casino building permit should be available if not they have been expunged by the criminal jew zionist who ordered accardo to hit jfk.