Putting the Ducks, Dominoes and Game Pieces in Order

Playing the Great Game on the Devil’s Chessboard -

Putting the Ducks, Dominoes and Game Pieces in Order 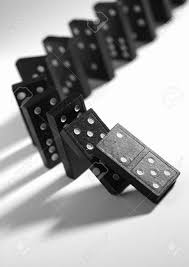 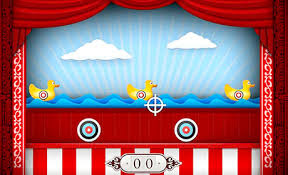 David Talbot in his book “The Devil’s Chessboard” quotes Allen Dulles as saying that as one who served on the Warren Commission he found that “it was so tantalizing to go over that record [of events], as we did, trying to find out every fact connected with the assassination, and then to say if any one of the chess pieces that were entered into the game differently at any one time, the whole thing might have been different.”

The Chessboard analogy is a good matrix model, as some of the major players called themselves “Knight” and “Bishop” and the accused assassin has always been described, by both conspiracy theorists and lone-nuters, as a “Pawn.”

Seldom in the history of the game of chess, or in the Great Game of espionage – has the King has put himself in a position to be taken out by a Pawn, whose movements and means of attack are strictly limited.

Chess master Bobby Fisher once said that it isn’t putting the opposition into the position of checkmate that is satisfying, it is the moment that the opposition recognizes the game is lost.

As for Dulles’ analysis that “if any one of the chess pieces that were entered into the game differently, at any one time, the whole thing might have been different.”

Exactly – the end result depended on every move to be made – which reminds me of a major part of John Newman’s new book “Into the Storm,” in which he describes how six separate events led to JFK winning the majority of the black vote and thus the 1960 election.

In Chapter One - The Kennedys, King, and the Race Issue – 1960 - Fourteen Days that Changed the Course of History, Newman writes, ….“In… this chapter, I will lay out what I believe was a causal chain of six race-related events that led to Kennedy’s victory in the 1960 presidential election. Those six events took place during a crucial fourteen-day period, just before the election, in the following order”:

“….It is my contention," Newman writes, "that 1) each one of these events had to occur in order that the next event could take place: and, 2) if any of these six events had failed to take place, John Kennedy would not have been elected president on 8 November 1960. There would have been no New Frontier;…”

There are many legal options, but they must take place in a very specific order to succeed.
And they are:

2)      The Congress of the United States must, by law, eventually conduct meaningful oversight of the JFK Act of 1992 by holding public hearings that would be televised live on CSPAN focusing on illegally destroyed, missing and wrongfully withheld records on the assassination of President Kennedy. This hearing should be held in early September after Congress resumes.

3)      All of the remaining withheld records must be released in full as the law requires, but only Congress can make that happen.

4)      Congress should appoint a new – permanent Review Board that will oversee the JFK Act but also the recently enacted Cold Case Civil Rights Records Act, that requires a new Review Board.

6)      The Mainstream Media must be convinced to cover these briefings and hearings and detail how JFK assassination records were illegally destroyed, illegally went missing, and are still being wrongfully withheld, which should spark the justice department to take action.

7)      The Justice Department should appoint a special prosecutor and convene a DC Federal Grand Jury to investigate the crimes related to the assassination – including the destruction of records, the illegal theft of and the wrongfully withholding of specific records that we identify.

8)      CAPA attorney Bill Simpich has proposed convincing a Texas Municipal Judge convene a Court of Inquiry, a legal venue unique to Texas that could legally exonerate Lee Harvey Oswald for the assassination of President and require a new official inquiry. Any Municipal Judge in Texas could order such an Inquiry and the positive aspect of this is he is not required to conduct the inquiry, which another judge would be appointed to do. The Innocence Project, which has exonerated hundreds of falsely convicted victims, could cooperate in this endeavor.

9)      The newly elected Democratic District Attorney of Dallas County should be briefed privately on the cold case homicides in his jurisdiction that requires further investigation – including the assassination of President Kennedy and the murders of J.D. Tippit and Lee Harvey Oswald. He should respond by convening a local Special Dallas Grand Jury to conduct an investigation into these crimes to see if any new evidence and records and compel witnesses to testify. While this local Dallas Grand Jury would only require one assistant – District Attorney to conduct such a Grand Jury, most of the leg work, research, investigative leads and targeted records and witnesses could be provided by independent researchers who have been working on this case for decades.

10)  Both the DC based Federal Grand Jury and the Dallas based local County Grand Jury have the power to order an exhumation of the remains of the victims (JFK, John Connally, J.D. Tippit, Lee Harvey Oswald and Jack Ruby) for proper FORENSIC autopsies using the most up to date scientific equipment (X-Ray, MRI, photo, etc.) that will provide an enormous amount of new evidence that would be admissible in a court of law. A regular autopsy only determines the cause of death while a forensic autopsy creates evidence that can be introduced in a court of law.

11)  If neither the Federal Grand Jury nor the local Dallas Grand Jury determine that there are living suspects that could be indicted for crimes related to the assassination – including the destruction of evidence, destruction of historic records, theft of records, wrongfully withholding of records, perjury, obstruction of justice, conspiracy and murder, then they can produce a public report, much like the Grand Jury Reports issued in the case against Rockwell International in Colorado (published by Westword, Denver) and the more recent case of sexual abuse by Catholic priests in Pennsylvania.

12)  The new Truth and Reconciliation Committee (TRC) had proposed a Public Inquest be held in Washington D.C. in the first week of December that would focus on the assassination of President Kennedy, as well as other political assassinations of the Sixties.

13)  The recently passed Civil Rights Cold Case Records Act could include the assassinations of JFK, MLK, RFK, and Malcolm X as well as the hundreds of other murders of innocent civilians that came under the Emmett Till bill, and declared Federal homicides.

14)  If all of the events occur in the proper sequence, then all of the evidence, records, facts and witness testimony should be made available to the public so even if justice is not served, anyone can know who killed President Kennedy, how they did it and why.

Posted by William Kelly at 1:49 PM