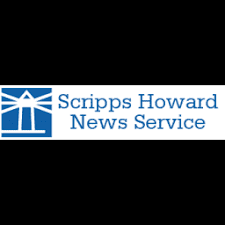 White House correspondent for SHNS and former Dallas street reporter Seth Kantor couldn’t understand why his telephone call records from Parkland Hospital on the day of the assassination of President Kennedy were sealed for reasons of national security. He was writing a book about his friend Jack Ruby and needed the records to refresh his memory.

Shortly after the President was shot Kantor went to Parkland hospital where he ran into Ruby, who was a source for a number of stories Kantor wrote over the years, and he thought it was natural for Ruby to be there as he was always at major news events. But the Warren Commission refused to believe Kantor and said he must have been mistaken, even though Kantor stuck to his story.

Then when he finally obtained his telephone records, he realized why they were sealed. From Parkland Kantor kept in touch with his Scripps-Howard News Service (SHNS) editors by phone, and called them frequently as news developments warranted. When he learned that Lee Harvey Oswald had been arrested in the murder of a policeman and was suspected of killing the President, he called it in, and was told to call another SHNS reporter in Florida – Hal Hendrix.

When he got a hold of him Kantor thought he would be giving him information about the suspect, but instead, Kantor was incredulous as Hendrix in Florida had more information about Oswald than Kantor could gather in Dallas. Kantor knew Hendrix as a reporter who covered Cuban matters from Miami, whose career would include reporting on a coup in the Dominican Republic that didn’t occur until the next day, earning him the nickname among other reporters as “The Spook.”

I didn’t think much of it until a few years later when I read an op ed – editorial by a retired SHNS editor who confessed that he had published articles submitted to him by the CIA, and that the publishers he worked for had a standing relationship with SHNS to provide such services.

Years later I read a Jim Hougan article about Hal Hendrix’s daughter, who had a relationship with former CIA agent Frank Terpil, whose shennigans with former CIA officer Ed Wilson in Libya got him in trouble with the agency. Terpil told Hougan that he knew the shadowy covert case officer known as “Maurice Bishop,” whose CIA file indicated was actually David Atlee Phillips.

While that file has since disappeared, Phillips did become entwined in the JFK assassination story as the suspected case officer for anti-Castro Cuban terrorist Antonio Veciana, who had been involved in a plot to kill Castro with Sylvia Odio’s parents, who were arrested and did time in Cuban jails.

I became interested in Phillips and read his books – an autobiograpy – “The Nightwatch - Twenty Years of Peculiar Service,” a book about the Cullen Davis murder trial and Texas Justice in Phillips’ hometown of Fort Worth, and a novel “The Carlos Contract,” in which a former CIA agent is called out of retirement to help find Carlos the Terrorist. One of the characters is “Hyphinated Jake,” an obtuse reference to Jacob Easterline – the CIA officer who ran the successful Guatemalan Coup of 1954 and the failed Bay of Pigs. Another character is named McLendon, as in Gordon McLendon, who owned a string of Texas radio stations, including one in Dallas, where he knew Jack Ruby.

When Phillips retired from the CIA he wrote his autobiography and formed the Association of Former Intelligence Officers (AFIO) to promote the intelligence profession, McLendon joined and with Phillips put together a pilot TV script that they tried to sell to CBS that promoted the CIA much like the popular FBI TV show did.

In one of Phillips’ books he tells a joke, a story about an immigrant who comes to the United States and gets a letter from his brother back home informing him that his pet cat had gone up on the roof, fell off and died. In response the immigrant said not to tell him such bad information all at once, but break it down, telling him one thing at a time – the cat went up on the roof, then in the next letter that he fell off, and then that he died, so it won’t be such a shock.

The next letter he got simply said, “Grandmother’s on the roof.”

Phillips said the story illustrates what intelligence analysts should look for – that small piece of information that indicates something bigger was in the works, a head’s up that something newsworthy or important was about to happen.

I remember that day in mid-March 1981 when I saw the headline in a Philadelphia Daily News vending machine at a mall, with a headline that read: “Castro Plot to Kill Reagan,” and said to myself, “Grandmother’s on the roof.”
And boy was she.

The NSA, which monitors published and broadcast information around the globe, does not makes such “alert” messages available to the press. But SHNS obtained a copy, which was marked “for official use only.” It included the text of the newspaper report as well as a garbled message about the news story directed to the head of Castro’s controlled news agency, Presna Latina.

Without revealing its sources, the news report, published yesterday in the Caracas, Venezuela, newspaper El Mundo, asserted the assassination plot called for the slaying to be carried out by Illich Ramirez Sancho, an international terrorists known as Carlos the Jackal. Carlos is said to have organized the massacre of Israeli athletes at the 1972 Olympic Games in Munich, West Germany, and has been involved in dozens of terrorists acts.

U.S. officials said the NSA’s action in alerting the U.S. intelligence community “suggests that while they are not necessarily ready to believe the report of an assassination plot, nevertheless they (NSA) find it at least worthy of looking into.”

The Caracas newspaper story said the assassination plan, “was discussed in a meeting of the International Trust of Crime in Cojimar, an exclusive beach club east of Havana, with the participants of Montonero and Tupamaro thugs, Illich Ramirez, Ramiro Valdez, Cuban Police Minister Carlos Rafael Rodriguez and Fidel Castro.”

Presna Latina (Latin Press) often has been used by Castro for political ends. The Pressa Latina correspondent in Caracas, at 9:47 a.m. EST yesterday, began transmitting the El Mundo article by cable to Prensa Latina headquarters in Havana. NSA monitored it. At the close of the text, Prensa Latina Caracas began adding what appears to be commentary on the El Mundo report. It reads:

There the Prensa Latina cable transmission stopped. Had it been ordered broken off by the Venezuela government, say U.S. officials, NSA would have added the words: “transmission interrupted,” to show Venezuela’s action. There was no such NSA notation. Officials provided no explanation of why the transmission ended in mid-sentence.

Note that this is a really good example of Paul Linebarger's Black Propaganda disinformation, as the original source of this article is the Scripps-Howard News Service and based on a leaked National Security Agency (NSA) document, but attributed to Cuban communists.

Of course a few weeks later, on March 30, 1981 John Hinkley tried to assassinate newly sworn in President Ronald Reagan at the Washington D.C. Hilton with a gun he purchased at a pawn shop on Elm Street near Dealey Plaza in Dallas, while his brother was meeting with Vice President George H. W. Bush’s son.  Coincidence or Conspiracy? You make the call.

This was the topic of an article I wrote with John Judge:    https://jfkcountercoup2.blogspot.com/2020/01/hinkley-and-company.html

When the Assassination Records Review Board requested all NSA documents related to the assassination, this was not included. Why weren’t the records of this incident released by the NSA under the JFK Act?
Because the psychological warfare campaign to blame the assassination of President Kennedy on Castro continues today, as we see with former CIA agents Brian Latell and Bob Baer and their media assets Gus Russo and Phil Shenon, and the recent report by the Cuban Studies Institute.


If You Can Please Support JFKCountercoup: https://www.gofundme.com/f/supportjfkcountercoup
Posted by William Kelly at 8:06 PM