“The intelligence profession does not exactly condition one to accept coincidence as an explanation for a sequence of events.” – David Atlee Phillips (Nightwatch, 1977)

In the course of my historical research into the assassination of President Kennedy I developed a research technique that proved efficient for coming to understand diverse but connected properties.

It first occurred to me during the summer after the final report of the House Select Committee on Assassinations (HSCA) was issued, along with a number of supporting volumes of documents and testimony that took a number of months to read.

It was while reading those records that I noticed on more than two occasions, the role of witnesses and subjects who worked for Collins Radio Company, a relatively obscure defense contractor.

I first came across Collins Radio while reading George DeMohrenschildt’s manuscript “I’m a Patsy!,” in which the sophisticated DeMohrenschildt mentions how he introduced Oswald to retired Admiral Chester Bruton, who worked at Collins Radio. DeMohrenschildt asked Bruton about getting Oswald a job at Collins, after all, he was a former Marine who worked in a radio factory in Russia. Over lunch however, Oswald’s distain for officers like Bruton precluded that from ever happening.

Then I read where J.D. Tippit’s good friend Carl Mather was at work at Collins Radio while someone who looked like Oswald was driving his car around Oak Cliff at the time of Tippit’s murder.

As I read this I still considered it just a coincidence, but then I learned about a November 1, 1963 New York Times newspaper report about the CIA ship Rex, which ran covert raids against Cuba, that was leased to Collins Radio, the same company Mather worked for and where the accused assassin once considered seeking employment. 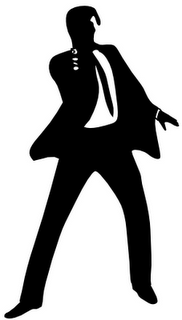 That made me think of Ian Fleming’s remark, which he attributes to Auric Goldfinger, “Mr. Bond, they have a saying in Chicago, “Once is happenstance, twice is coincidence, the third time it’s enemy action.”

At that point I opened a new file on the Collins Radio Company and began to acquire what appeared at first to be random entries that began to form a pattern of covert operational behavior, and the subject of a talk I gave at the 1994 COPA national conference in Washington D.C. [See: The Collins Radio Connections].

But that isn’t the end of it, as I applied the same techniques to other subjects that also appear, at first to be happenstance, but with the addition of more information, begin to take a more clear form even though they were intended to remain behind the scenes.

The Pan Am Bank of Miami and the International Rescue Committee are two other similar institutions that appear in three or more apparently unrelated areas of the assassination.

From Russia (with love) Oswald wrote three times to the International Rescue Committee seeking assistance in returning home from the Soviet Union. Founded by Leo Cherne, the IRC was also closely affiliated with the CIA’s “Operation Wringer,” originally established by German Nazi Gen. Reinhard Gehlen to interview and interrogate refugees from Communist countries. Cherne was also affiliated with some anti-Castro Cuban organizations involved in the assassination. Tom Doley was affiliated with Cherene and the IRC in Vietnam and Warren Commissioner Gerald Ford appointed Leo Cherne to the Presidents Foreign Intelligence Advisory Board. There’s more to the IRC than meets the eye, but I haven’t had the time to find out what it is.

The Pan Am Bank is another. I first came across the Pan Am Bank of Miami in the HSCA (Vol. IX, p. 590) reports on Robert Ray McKeown, who was a personal friend of Castro and was offered a position in the government when Castro took over. McKeown had run guns to Castro in the mountains and Castro trusted him and even visited him in Texas to offer him a job.

Apparently learning about McKeown’s connection to Castro from news accounts, both Oswald and Ruby separately visited McKeown seeking weapons and access to Castro.

According to the HSCA report, “Regarding sources of income for the gunrunning operations, McKeown stated in an interview that he received money from his Cuban contacts in the office of an attorney who was counsel for Haiti and that the money was always bound in Pan American Bank wrappers.”

The HSCA also took the sworn testimony (Vol. V. p. 113) of Lewis McWillie, who Jack Ruby visited in Havana and deposited money in a Miami bank for McWillie’s casino bosses, the Fox borthers, upon his return.

Then there’s Antonio Veciana’s account of being recruited as an agent of “Maurice Bishop,” the shadowy CIA officer who Veciana saw with Lee Harvey Oswald in the Southland building in Dallas in the summer of 1963. According to the official report:
“Veciana specifically recalled meetings with Bishop because of their special nature. For instance, shortly after reestablishing contact with him in Miami, Bishop took Veciana to an office in the Pan Am Bank Building in the downtown section of the city. Veciana did not recall the exact floor of the building nor if there was any name on the office door. Bishop unlocked the office with a key, and in the presence of two men who were in the office, asked him to sign a piece of paper and take part in a ‘commitment’ ceremony. ‘It was like a pledge of my loyalty, a secret pledge.’ Veciana testified, ‘I think they wanted to impress on my responsibility and my commitment to the cause.’ Veciana could not identify the two men who were present with Bishop at this ceremony… ‘They were like spectators,’ he said….The (CIA) records indicate that Veciana was hired by the Agency even though his application was never signed.”

The Pan Am Bank of Miami, the International Rescue Committee (IRC) and Collins Radio are three organizations that came to my attention where additional documentary records and new witness testimony can be obtained, if anyone bothers to look.
Posted by William Kelly at 4:06 PM