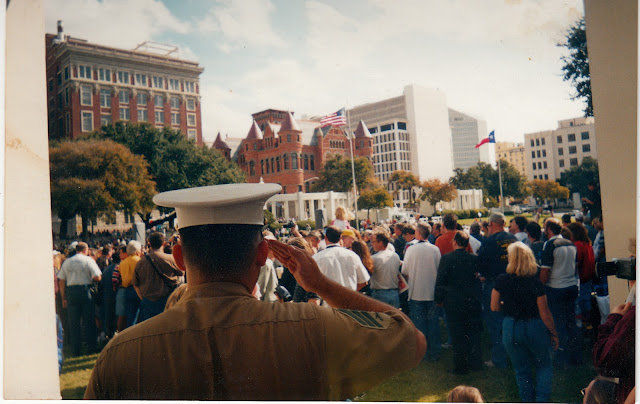 February 25 - lawyers for the Justice Department will be defending the JFK assassination cover-up in open court in  .http://jfkfacts.org/assassination/news/justice-dept-official-denies-joannides-received-medal-for-jfk-cover-up-cia-declines-to-provide-proof/

– LBJ signs the Freedom of Information Act (FOIA), which went into effect the following year.

September 1998 – The Final Report of the Assassinations Records Review Board is Released  http://www.fas.org/sgp/advisory/arrb98/index.html

2017 Project – 2017 is when the JFK Act of 1992 requires all of the remaining government records related to the assassination of President Kennedy to be released to the public, unless specifically withheld by the President. The National Archivist is to certify to the President that all of the JFK Assassination records are now public. We will be organizing a series of events around this date in order to try to generate the remaining records be released before then.

Posted by William Kelly at 4:17 PM

This calender is a glaring indictment of the justice department of the united states and is a clear indication that the "evil" inclinations of a small segment of humans has and continues to thwart the development of humanity on this planet. The fact that life on earth could be a heavenly experience for virtually all its' inhabitants is being actively subverted by psychopathic members of the so-called privileged class. This cannibalistic behavior seems to expose a flaw in the evolutionary process of life, and the fundamental folly of education, and points to the eradication of mankind from the universe by his own stupidity. The greedy, the self aggrandized, the self righteous, and the self made fail to see that they are the biggest fools of all.