The chief constable of Manchester UK says that they are investigating a “network” that they believe is responsible for the suicide bomber attack, the type of investigation the American authorities refused to undertake in the wake of the assassination of President Kennedy.

Some time ago, while researching that assassination, I eventually came to the realization that the President was killed, not by a lone deranged gunman, but JFK’s murder was the result of a carefully planned and successfully executed covert intelligence operation designed to shield and protect those actually responsible.

Joshia Thompson, author of “Six Seconds in Dallas” and “Gumshoe,” worked for decades as a San Francisco private eye in the Sam Spade tradition, and said that of all the hundreds of homicide cases he worked on, there came a time when some new piece of evidence led to everything coming together and the solving of the crime, except for the murder of JFK, the only exception.

I was equally dismayed when I realized that those responsible for the murder of the president were much more sinister and powerful than anyone who wishes to oppose them.

But now I believe the tables have been turned, as my personal research, and some of my colleagues, have developed the evidence that can lead to the truth and maybe even some sort of justice.

I believe that the assassination of President Kennedy can be legally resolved to a moral certainty if those who seek truth and justice marshal the forces at hand and form the counter-intelligence network that is more powerful than the one that engineered the murder of the president and got away with it, so far.

I say this while picking up the duel swords of the law in the JFK Act of 1992 and the power of the internet.

Having the law and necessary information and evidence on our side is reinforced by the righteousness of the cause, as we are in the right, we are the Good Guys, as well as the moral majority. With 80% of the people on our side, the few but committed researchers and writers increases the value and power of the knowledge the records and the internet give us.

The assassination of President Kennedy can and will be legally resolved to a moral certainty but the process must be followed in the proper order – the ducks must be set up in a row, the easiest first and we need a few small, early victories that can be won.

Beginning with a Congressional Briefing on the JFK Act, one that we can control. Then the chairman of the Oversight Committees of the House and Senate must be convinced to uphold their responsibilities by conducing open public hearings on the JFK Act, both before and after the October 26, 2017 release of records.

If those four events occur in that order, then the stage will be set for the opening of other legal venues, including a mock trial, mock grand juries, the petition for a Texas Court of Inquiry, the sitting of a real grand jury in Texas, a Federal Grand jury in Washington, Inspector General investigations and reports, Congressional investigations, all of which will lead to the identification and release of new records and the testimony of new witnesses.

Just because the MO - modus operandi of the murder was that of a covert intelligence operation designed to shield and protect the actual sponsors using deceit and deception doesn't mean that it can't be figured out and understood.

Now that we have the duel hammers of the law, the government records and the internet, we now have the power and the ability to resolve the crime, we are obligated to do it as something that should and must be done, and if we don't do it, no one else will.

As the Chief Constable of Manchester UK said, "we are investigating a network," so are we.

Bill Simpich said that we should look at the assassination not just as a crime, but as an "operation," and intelligence operation, and while the authorities refused to investigate it as such, that doesn't prevent us from doing it now that we have the resources and power to do so.

Just as linguistics professor David Maurer studied the slang and lingo of the confidence - con-artists of the early 20th century to write his book the "Big Con," on which the movie "The Sting" was based, it is imperative that anyone who attempts to view the assassination as an intelligence operation become familiar with what Allen Dulles called the "crafts of intelligence" as well as the lingo, codes, pseudo-names and ciphers used by those who conduct such covert operations.

While Larry Hancock, John Newman and other researchers and writers have kept a continually updated list of such codes and names that are posted by Rex Bradford at MaryFerrell.org, one standard procedure of all covert operations is to give it a code name - so I will henceforth refer to the assassination as The Dealey Plaza Operation (DPO) and the offending network responsible for orchestrating that operation as The Dealey Plaza Network (DPN).

Just as the US Army conducted the ABLE DANGER - Counter-Intelligence operation that computerized all of the open source information on radical islamists and identified the 9/11 hijackers before they acted, we now have those same tools and the government records and other sources that will allow us to connect those in the DPN intelligence network that was responsible for the DPO - Dealey Plaza Operation. 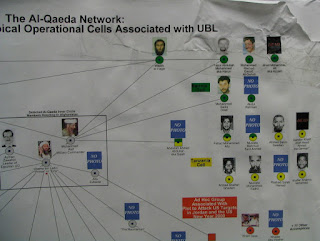 Yes, you are right. JKF Dallas murder seems to be an intelligence oparation rather, not a deed of some alone disgruntled individual. By the way, what is your opinion, Mr. Kelly, about René Alexander Dussaq's involvement according to diaries of Douglas DeWitt Bazata (2016 book titled: “Target: JFK, The Spy Who Killed Kennedy?” by Robert K. Wilcox)? Is it plausible, Mr. Kelly? I would be grateful for your opinion.