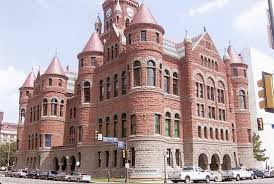 Shortly after the House Select Committee on Assassinations (HSCA) disbanded and locked their records away for fifty years, sometime in the late 1970s, I visited the National Archives and Records Administration (NARA) in downtown Washington D.C. where I met Mr. Marion Johnson, then responsible for the JFK assassination records that were kept there.

While I was still in my 20s, I had corresponded with Mr. Johnson, requesting records under the Freedom of Information Act (FOIA), and he had graciously responded.

But Congress exempted itself from the FOIA, so the HSCA records were out of bounds.

I asked Mr. Johnson why the law stipulated that the Congressional records be kept sealed for 50 years? Why not thirty-five years or seventy-five years?

And he said it was because fifty years was the estimated amount of time it was expected that those mentioned in the documents would be dead.

I said that it was important to talk to those mentioned in the records to verify the truth, and after they were dead, that would be impossible.

How can the law be changed and the records released? I asked.

And Mr. Johnson responded that the only way to do that would be to have Congress pass a new law.

Well that was a tall order, but it inspired me and my friend, college mate and research associate John Judge, to form the Committee for an Open Archives (COA) to lobby Congress to release the HSCA records.

We visited the offices of almost every Congressman and failed to get any response at all, until Oliver Stone made his movie “JFK.”

Stone learned of our efforts and before his movie was complete, invited John and myself to visit him in his DC hotel room one afternoon, and asked us what he could do to help us, other than give us money, as all his money was tied up in the film production.

We had been working closely with other researchers - including Kevin Walsh, Jim Lesar and John Newman at the National Archives and on Capitol Hill and over lunch in the Senate cafeteria one afternoon we had discussed the movie “Executive Action,” also about the assassination of JFK. At the end of that movie in a trailer they mention the mysterious deaths of witnesses, and the London Sunday Times actuary that said the number of deaths exceeded that of probability.

The HSCA assigned investigator Patricia Orr to review that actuary and she concluded it was wrong, based on bad numbers, but when a Congressman asked her about the unsolved homicides of  Sam Giancana, John Rosselli and the strange deaths of George deMohrenschildt and former FBI official William Sullivan, all of whom died after they were called to testify before the committee, she replied that they were the subjects of a more detailed and intensive investigation. Now that we have the HSCA records, where are the records of those more detailed and intensive investigations? Nowhere to be read, even after Congress was persuaded to release those records.

Getting a totally disinterested Congress to pass a law to release the assassination records appeared to be an unobtainable task, but we all agreed that if Oliver Stone mentioned the sealed HSCA assassination records at the end of his film it could awake public interest, and Stone agreed. And against all odds, it worked.

That trailer at the end of his film called attention to the sealed JFK assassination records and stirred up a public reaction that had thousands of citizens ask their representatives in Congress what they were hiding, and forced Congress to react.

But instead of just releasing the HSCA records that we asked for, those lawyers who drafted the JFK Act of 1992 required ALL agencies of government to turn over ALL of their records on the JFK assassination for inclusion in the JFK Records Collection at NARA and to be released in full to the public by October 2017.

Unfortunately that requirement did not include the HSCA records on the assassination of Martin Luther King, Jr., a loophole that had Oliver Stone ask the Congressmen, when he testified at a public hearing, “Do I have to make a movie about the MLK assassination for you to release them too?”

Well, October 2017 has come and gone, and many thousands of JFK assassination records are still being withheld because President George H.W. Bush, when he signed the act into law, added a stipulation that the President – and only the President, could order the continued withholding of records for reasons of national security. And after announcing repeatedly that he was going to release all of the records according to the law, President Trump agreed to delay the full release of the records for three years, at the urging of the FBI, CIA and his chief of staff, former General John Kelly (USMC).

Before the JFK Act of 1992 was unanimously passed by Congress (when have they ever done anything unanimously?), the Committee for an Open Archives joined with Jim Lesar’s Assassinations Archives and Research Center (AARC) and Jim DiEugenio’s CTKA – Citizens for Truth in the Kennedy Assassination, to form COPA – the Coalition On Political Assassinations, which became the principal watchdog over the Assassination Records Review Board (ARRB), and is mentioned in their final report.

Although COPA, after twenty years of service, was dissolved after the death of John Judge, its last director, former COPA members formed a new group – CAPA – Citizens Against Political Assassinations, which is a national organization of individuals, with the distinguished forensic pathologist Dr. Cyril Wecht serving as chairman.

So far we have held a 2017 Sunshine Week Press Conference at the National Press Club (NPC) in Washington D.C. that featured former ARRB chairman Federal Judge John Tunheim, as well as Jim Lesar of the AARC, professor John Newman and journalist Jefferson Morley.

CAPA also co-sponsored a Mock Trial that reviewed the evidence against Lee Harvey Oswald at the South Texas College of Law in Houston in November 2017, a preliminary step in the legal maneuvers being prepared by the CAPA Legal Committee.

Now CAPA is preparing to hold an all day symposium on Thursday, November 15, 2018 at the Old Red Court House at Dealey Plaza that will present the testimony of living witnesses in the assassination, including doctors, nurses and technicians from Parkland Hospital and Bethesda, as well as witnesses to the assassination, the murder of J.D. Tippit, the arrest of Oswald and other significant witnesses to the related events at Mexico City and JMWAVE.

CAPA also has plans to request a Texas Court of Inquiry that could exonerate Oswald for the murder of the President and Tippit, and conduct an investigative federal grand jury into the assassination and related unsolved cold case homicides and crimes related to the assassination, including destruction of evidence and records and obstruction of justice.

CAPA is also lobbying Congress to hold public hearings on the JFK Act to determine what became of the missing and destroyed records and the legality of continued withholding of records that were required to be released last year by an act of Congress.

We are also continually monitoring the release of JFK assassination records and searching for the missing records that are known to exist but are not part of the JFK Collection at the NARA, including the original unedited Air Force One radio transmission tapes, the HSCA records of the first chairman of the HSCA Richard Sprague, and other similar records that have simply gone missing.

We are also planning on the establishment of a permanent Washington D.C. based research center, a Think Tank focused strictly on the study of political assassinations, an archive of books and records that will be open to the public and include bunk facilities for visiting researchers and a studio apartment for rotating writers in residence, as envisioned by former AARC director Bernard Festerwald, Jim Lesar, John Judge and others.

In working towards these goals, our next project is the Last Living Witness program in Dallas on Thursday, November 15, 2018.

The assassination of President Kennedy is quickly fading from a Current Event, subject to legal proceedings, to an historical event that we can only reflect on.

As CAPA attorney and co-chair of the CAPA Legal Committee Larry Schnapf, Esq. has said: "A saeculum is a length of time first used by the Etruscans. Originally it meant the period of time from the moment that something happened until the point in time that all the people who had lived at the first moment had died. At that point a new saeculum would start."

"With witnesses and others who lived through the assassination starting to pass with advancing age, we are entering the final phase of the JFK Assassination saeculum. When it ends, so too likely will be the passion to find the truth as the assassination will be relegated to a mere historic event subject to interpretation by historians who as members of the establishment will tend not to question the Warren Commission Report.."

"The CAPA Last Witnesses to the JFK Assassination Saeculum program to be held on November 15th in Dallas is vitally important to pass on the torch to the next generation."

Although the statistics that indicate most of those mentioned in the secret and sealed records would be dead in fifty years, and it has been nearly fifty-five years since the murder of President Kennedy, it is remarkable that so many significant witnesses are still alive.

We have compiled a list of many dozens of such witnesses, some of whom have agreed to attend our symposium in Dallas this November, and we are seeking more.

To support CAPA and our work on these projects and programs please join CAPA ($50 a year dues), volunteer to work with us on one of our committees (PR, Legal, Research) or donate what you can as we now have tax-deductible status.

Posted by William Kelly at 3:47 AM

Cardinal Kelly: A few years ago, when I began putting together the parts for the Free Open Source 3D Model of Dealey Plaza I was informed by the Dallas County/City that I would need to get blueprints from every building owner. I went to the website of the Old Red Museum and made them an offer: "if you provide the blueprints, I will include your building in the upcoming site." It turned out to be an offer they could refuse. :-(

At the time I did not represent anybody, just silly ole' me, so they ignored my offer.

I hope that my favorite saying applies:

That was then, JFK Number is now.

In the CAPA sponsored laser scanning the *outside* of that building should be included and the Museum should be able to provide the inside, so aficionados can place the shooters in their preferred locations BUT science will decide (against Z-film, cranium model, etc) whether such shot produced the observed consequences.