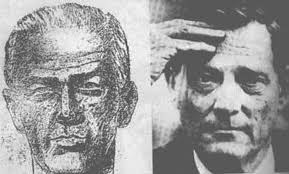 Whoever was the Mastermind behind the Dealey Plaza Operation that resulted in the murder of President Kennedy, he was a veteran who had conducted similar operations before and continued to do so after November 22, 1963, including Guatemala (1954), the Bay of Pigs (1961), the Cuban Missile Crisis (1962) and operations in the Congo (1964), Vietnam (1965-72) and Nicaragua (1980s). He was also well versed in psychological warfare, as the Dealey Plaza Operation included a psych-war provision that not only framed Lee Harvey Oswald for the murder, but established a clear pattern of blame directed against Fidel Castro and a responsibility that was laid at the feet of Robert F. Kennedy.

David Atlee Phillips fits all of these requirements, but others do as well including – William Harvey, David Morales, Ted Shackly, James Jesus Angleton, Desmond FitzGerald and Cord Meyer, Jr., and oh yea, Allen Dulles, all of whom knew and worked closely together on Cuban operations.

While I don’t think David Atlee Phillips was the “Mastermind” of the Dealey Plaza Operation, I think he served a role very similar to the psych-war role in performed in Operation Success, the Guatemala coup of 1954, when he manned radio stations that broadcast false news reports of an invading army that led the president to flee.

Phillips’ similar psych-war efforts in support of Operation Zapata – the Bay of Pigs, failed miserably, and so did the psych-war aspect of the Dealey Plaza Operation to blame the assassination on Fidel Castro, even though that still gets a mainstream media hearing by CIA Mockingbird Agents and assets like Brian Latell and Phil Shennon.

As the author of a number of important books that have a bearing on the assassination of President Kennedy, Phillips deserves special attention, especially his books “The Nightwatch – 25 Years of Peculiar Service,” his rare and hard to find book on Covert Cuban Operations, the story on Texas Justice, the fictional “Carlos Contract,” and most significantly “Careers in Intelligence.” The last book is one designed to encourage young people into making the CIA or NSA or FBI a career, published at a time when such careers were looked down on by liberal college students.

One thing that I learned about Phillips from “Careers in Intelligence,” is the qualifications he felt necessary for a good intelligence agent, officer and spy. It was very similar to what Ian Fleming said he looked for in a good agent, and which surprisingly fit Oswald to a tee. And Phillips' list of qualifications, he points out, did not include a college degree because, as he explained, he rose to the third highest rank in the CIA – Chief of the Western Hemisphere Division without a college degree, although he did attend two major universities without graduating.

Phillips was born and raised in Fort Worth, Texas, not far from where a young teen age Herbert Philbrick-double-agent wanna be Lee Harvey Oswald briefly lived and attended Arlingtion high school. He was in the same class with the twin sons of I.F. and Virginia Hale. I.F. Hale was a senior FBI agent and security consultant for a relevant major defense contractor  (General Dynamics), while Virginia worked for the Texas Employment Commission. She arranged for Oswald to work at Leslie Welding and Jaggers/Chiles/Stoval graphics arts firm. Oh, yea, and the twins went on to break into the LA apartment of Judy Cambell Exner, the mob moll who was having simultaneous affairs with Chicago mob boss Sam Giancana and the President of the United States. While the FBI watched the twins break into her apartment, they did nothing, and nothing came of it, though one of the twins eloped with the daughter of Texas Governor John Connally and killed her in an accidental shooting.

But David Phillips had left the area before Oswald and the Hale brothers arrived, but I wondered, as he did with the Cullen Davis murder trial, return to his old roots to reminiscence?

And did Phillips give him the same advice he dishes out in “Careers in Intelligence”? Did he encourage Oswald to enlist in the Marines, as he did that fall as soon as he was of age?

In any case, one day after reading Gaeton Fonzi’s extensive article on Phillips in Washingtonian Magazine, I called information and got a phone number for him from the public directory in Bethesda, Maryland. Phillips answered the phone and began a pleasant conversation that I taped (with his permission), though he said he couldn’t talk about the Washingtonian article because he was suing them for libel and it was an active case in court.

Phillips told me some interesting things however. I told him I read “The Carlos Contract,” that is slightly disguised fiction in which a CIA officer is called out of retirement to catch Carlos the Jackal (a real person). The agent’s name is McClendon, which just happens to be the name of Gordon McClendon, the Dallas radio station owner and friend of Jack Ruby.

Sure, Phillips said, he knew Gordon McClendon as a listener of his broadcasts, especially his fake baseball broadcasts, and knew him from when McClendon joined his Association of Retired Intelligence Officers. They even had a connection from college days, but Phillips insists he didn’t know or work with McClendon in the CIA.

No, he didn’t know Lee Harvey Oswald, or meet with him in Dallas with anti-Castro Cuban terrorists Antonio Veciana, as Fonzi’s article implies.

But, Phillips said, he found it hard to believe that at the time the Washingtonian article appeared, where do you think he worked?

“I was working for the Washingtonian Magazine,” he said, commissioned to write a number of articles for them, with an office just down the hall from where Gaeton Fonzi and his editors were assembling the article against him.

And while Fonzi had questioned Phillips under oath for the House Select Committee on Assassiantiosn (HSCA), and accusing Phillips of perjury, Phillips wondered why Fonzi just didn’t walk down the Washingtonian Magazine hall and question him for the record.

I certainly would have, and just as I enjoyed our phone conversation, I really wanted to sit down with him at a Washington Bar and talk freely and off the record over a few drinks. And after Phillips died, I was glad to know that my friend and colleague Kevin Walsh did just that.

Over drinks in Washingtion, Phillips told the veteran Congressional investigator that, “My private opinion is that JfK was done in by a conspiracy, likely including American intelligence officers.”

When he died on 7th July, 1988, Phillips left behind an unpublished manuscript. The novel is about a CIA officer who lived in Mexico City. In the novel the character states: "I was one of those officers who handled Lee Harvey Oswald... We gave him the mission of killing Fidel Castro in Cuba... I don't know why he killed Kennedy. But I do know he used precisely the plan we had devised against Castro. Thus the CIA did not anticipate the president's assassination, but it was responsible for it. I share that guilt."

I believe that David Atlee Phillips was "Maurice Bishop" as described by Antonio Veciana, and they met with Lee Harvey Oswald at the Southland Building Lobby in September 1963, but I don't believe that Phillips was the "Mastermind" behind the Dealey Plaza Operation, as he was set up and exposed much in the same way as Oswald.

In the end, Phillips is an important piece to the puzzle, and he fits all of the key characteristics required for the ultimate "Mastermind," and he knew all of those actually responsible, but he just didn't do it. 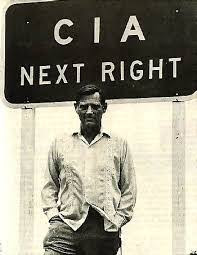