General Victor "Brute" Krulak is a relatively obscure but significant player in the JFK assassination drama.

I first heard his name from Colonel Fletcher Prouty, who I first met at an NYU Law School conference on the assassination, when he gave a lecture in the science hall explaining how you have to understand how covert intelligence operations work in order to learn what really happened at Dealey Plaza. He is the author of a book on the subject called The Secret Team.

Prouty's insights into the assassination were so threatening that they tried to destroy his credibility, but he was a Colonel in the USAF, had an office just down the hall from the Joint Chiefs of Staff, and personally knew and worked closely with Generals Krulak and Ed Lansdale, who was head of Operation Mongoose and responsible for getting rid of Castro in Cuba.

There's a letter from Krulak to Prouty saying that he recognized Lansdale in a photo of Dealey Plaza shortly after the assassination, wondering what he was doing there.

As detailed in this biography Krulak had an impressive career and life, though I am focused on his association with JFK and his position at the Pentagon 1962-1964 as SACSA - Special Assistant for Counter-Insurgency and Special Activities.

As explained in his bio, "As the special assistant for special activities, he held one of the most sensitive jobs in the U.S. government: liaison between the military and the CIA. This was the blackest of the black holes and involved some of the most highly classified matters of national defense. It meant that in Vietnam (and Cuba), Krulak was in charge of psychological warfare and covert activities against the enemy, a job that in a few years would be turned over to a much larger group with the innocuous name Studies and Observation Group (SOG)."

"The Krulaks' social life was as busy as ever, but now there was a difference. In Washington, everything is about proximity - about who is close to the president and who has power. It was common knowledge that JFK's time in the Pacific had been the defining moment of his life; he had his closest aides wore tie pins of a miniature PT-109. But going behind enemy lines in the middle of the night to rescue Krulak's Marines had been Kennedy's last big mission in the Pacific, and having been the commanding officer of those Marines gave Krulak a unique cache. Plus, Krulak was the point man, the acknowledged expert, in an area of the highest importance to the Kennedy administration: counterinsurgency."

As detailed in the book PT-109 by - Robert J. Donovan, and as portrayed in the movie starring Cliff Robertson, Kennedy led his men to the Japanese held Pacific island beach to rescue the stranded Marines, under fire. At the time Krulak promised Kennedy a bottle of whisky for his efforts, but didn't deliver it until JFK was in the White House. 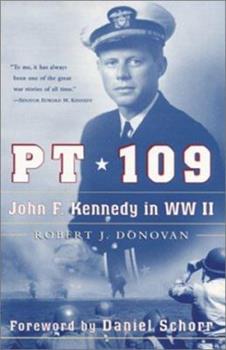 The PT-109 book was written by the same author who wrote The Assassins, a book Allen Dulles took to the first Warren Commission meeting in trying to make the case that unlike politically motivated European assassins, American assassins were generally just crazy lone nut cases, though some of the other commissioners disagreed, pointing to the Lincoln assassination as a case in point.

While Krulak had an office at the Pentagon and a desk at the White House, the official records show that he only had one on one meetings with the President a dozen or some times, each one on the subject of Vietnam.

Krulak later told friends that he did meet with the President privately after hours, delivering the promised bottle of whisky, that they shared.

While most of Krulak's biography deals with his role in the Vietnam war, Krulak was also responsible for counter-insurgency and special activities in Cuba.

On September 25, 1963, when CIA officer Desmond FitzGerald briefed the Joint Chiefs of Staff on covert operations against Cuba, Krulak sent his adjunct Colonel Walter Higgins to the meeting, and his resulting memo is, I believe, the single most important document released under the JFK Act for multiple reasons.

It was Krulak's responsibility to provide any military assistance the CIA required in the course of their covert activities, the subject of FitzGerald's briefing. Since General Taylor was on a special mission to Vietnam, the meeting was run by temporary chair, General Curtis LeMay, the Air Force Chief of Staff.

During the course of his briefing, that touched on many points - FitzGerald said that the CIA was conducting a detailed study of the German military's July 20, 1944 plot to kill Hitler, in order to adapt it for use against Castro.

Unfortunately, when a FOIA request was made for that detailed study, it appears the CIA has lost it, which to me, confirms Peter Dale Scott's Negative Template thesis that hold the most important records are the ones being withheld or were destroyed or missing.

When I get a chance I will post some excerpts from the Krulak biography at my other blogs http://JFKCountercoup2.blogspot.com

I have the "Brute" book. I should get reading it. Great review.

Glad to know the title of the book The Assassins. I remember Mae Brussell's search to get the Commissioners to reveal the title which was not in the transcript.They of course refused to respond to her inquiries.