Lee Harvey Oswald’s two and half year sojourn in the Soviet Union has been one of the most misunderstood and under appreciated aspects of the JFK assassination story.

Ernst Titovets, Oswald’s closest friend in Russia, tries to set the record straight, and does, as far as he knows it. But he doesn’t answer all of the outstanding questions.

From what I understand Titovets has an updated version, so maybe some of these outstanding questions are answered there. And I want to thank Carol for sending me her signed copy of this book.

I met Dr. Titovets at a JFK Conference a few years ago and found him a polite and congenial professional. I also enjoyed his taped conversation with Professor Peter Dale Scott, a meeting of two exceptional academic minds that you can view here:

Just as Ruth Paine says she sought out Marina in order to learn the Russian language, Titovets befriended Oswald to better his own English language skills, as he took a liking to American and British literature.

He sat for hours with Oswald as they read English language books into a tape recorder, tapes that Titovets still has that errily seem to bring Oswald back to life.

Although writing 30 years after these events occurred, Titovets is a highly respected doctor with a good memory for details, and the experiences with Oswald are described in such a way he makes you feel like you are right there.

The first event they attended, “Queen of Spades,” said to be Oswald’s favorite opera, made me think of the key card in the Manchurian Candidate.

While we know today from Professor John Newman’s analysis of the government records, that Oswald’s post-USMC mission to the USSR was to use his file as a dangle or lure to unmask a mole who had buried deep into the US intelligence apparatus. That mission may not have even been known to Oswald himself, who as Titovets clearly explains, was Oswald's attempt to compare the American and Soviet social, economic and political systems from his first hand experiences.

As Titovets says: “To place himself between the two antagonistic powers adopting a let’s take-the-best-of-the-two systems approach was at once a dramatically idealistic and potentially dangerous stance to assume at the time of the Cold War. With his non-conformist attitude, Oswald stuck his neck out too far. He made himself a convenient object on which to frame the assassination of John F. Kennedy. With Oswald the prime suspect, the investigation would be directed along the lines of the possible involvement of either Red Russia or Cuba. The Cold War propaganda had long prepared the American people to receive this scenario. The fact that such a scenario would have been easy for the American public to swallow must have been exactly what the perpetrators of the assassination counted on.”

Oswald was not gathering any intelligence information, since every time he was given an opportunity to learn some classified information or government secret he explicitly expressed no interest what so ever.

As Titovets puts it: “Oswald was apparently given more than one opportunity to demonstrate his disinterest toward what might be considered classified areas – the proximity of his apartment to Military headquarters, the radar test equipment for the military he was exposed to at the Radio Factory, and the classified biological research of Professor Cherkasova. He might have asked himself why it was that classified information would, now and then, readily come his way. Oswald certainly was no fool to put two and two together while making his deductions and would carefully evade those traps to stay on the safe side.”

How Oswald got there is still uncertain. The official scenario says that he took a tramp steamer from New Orleans to France, but he was one of only four passengers, one an Army colonel and his wife and another a young man who later entered military service. They say Oswald didn’t mingle with them, except at meals, and spent most of his time in the radio shack.

From France, according to his passport, Oswald went to England, where on the same day he arrived he flew to Helsinki, Finland, when there were no commercial flights available, so it is surmised he used his USMC identity to fly a Military Air Transport (MAT) flight. Titovits says that Oswald once showed him some of his personal papers, which included a card from “Regent Hall P.O. London,” – that Oswald said he obtained there. That is a London Salvation Army hall, where Oswald apparently visited in his short stay in London.

From some unidentified source, Oswald must have learned that the Soviet embassy in Helsinki was the easiest and quickest place to get a visa to the USSR, as US embassy officer John McVicker testified he believed someone was guiding Oswald’s movements. Totovits says that Oswald once spoke highly of an US military officer, Lt. Col. Petdexter or Lindexter, who we should be able to positively identify from Oswald’s military records.

However, David Montague, of the Assassinations Records Review Board, talked with a wife of a U.S. diplomat stationed in Europe, who said that she took a US MAT flight from McGuire AFB in New Jersey (Where I am currently coincidently working), to France, with a fellow passenger in a full US Marine Corps uniform – named Oswald at exactly the same time Oswald defected. This Lee Oswald said he was from New Orleans, and was on an important mission for the military and was quite nervous about flying.

Thanks to Malcolm Bllunt for suppling this document, and for more on this story see:

BTW, David Montague, now Professor Montague, will be a featured guest speaker at the Dallas CAPA conference this November and monitor a panel that will discuss the records released under the JFK Act and whatever President Biden desides to do with the remaining sealed records come October 26.

In Moscow, Oswald turned his passport over to US embassy official Richard Snyder, was interviewed by two US reporters, then slashed his wrist in an apparent suicide attempt to avoid being deported. Dr. Titovets says this was not a serious attempt at suicide, but a cleverly devised ploy, timing it to when his intourist guide would arrive to save him. He slit his wrist the wrong way, intentionally, so not to severe any major veins or arteries, and it worked. He got to stay.

Sent to Minsk, the capitol of Belarusia, he was given an exclusive apartment with a balcony overlooking the river, which was knowingly bugged by the KGB.

Oswald didn’t smoke or drink alcohol much, though he did get tipsy on occasion, but had an active social life, primarily with Titovets, befriended his radio factory foreman, Argentine Jew Alex Zigler and his family, and liked to hang out with the girls from the Foreign Language School dormitory.

Then he met Marina Prussakova, an occasion witnessed by Titovets that is a story unto itself, and deserves a sidebar that I will supply. Titovets now wonders, after reviewing the details and interviewing all of the key participats, if it was meeting by chance or arranged by the KGB.  After their brief courtship they were married.

When Oswald decided to return home to America he only confided in Zigler, who himself returned with his family to Argentina in 1969. Before immigrating to the USSR Zigler worked for an American company, that I would like to identify but have thus far failed to do so.

Without notifying authorities, as he was required to do, Oswald traveled the 500 miles to Moscow and visited the US counsel Snyder at his home residence on a Saturday. Snyder was glad to see Oswald, greeted him warmly and told him to return to the Embassy on Monday during regular office hours when he would return his passport that had sat in Snyder’s desk for over two years.

Oswald was in Moscow for a week, and had Marina travel there where she completed paperwork to go to the USA.

Now I wondered what James Jesus Angleton would give to have a man – feet on the ground running around the Soviet Union unattended?

Another outstanding question that Titovets doesn’t address is how Oswald came to meet a traveling trio of American women, two girls and an older women (Mrs. Hyde – no relation to Ruth Hyde Paine) who had their own car and no Intourist guide. Then, incredulously, Oswald met them again in Minsk a few weeks later, and a picture of Oswald and the women and the car in Minsk square ended up in the CIA files.

Titovets corrects a few mistakes made by Priscilla Johnson McMillan in her book Lee and Marina, based primarily on Marina’s version of events, and he refused to cooperate with Norman Mailer when Mailer sought out Titovets as a source for his book on Oswald, mainly because of Mailer’s associated L. Schiller. Titovets correctly concluded Schiller was a character assassin and hack writer after reading  Schiller’s Scavengers and Critics book.

My take on Oswald is very similar to Titovets in that he was telling the truth when he said he didn’t kill the president or officer Tippit.

Titovets: “Whoever orchestrated the assassination won the crucial first round in terms of gaining precious time for a cover-up operation and directing the investigation along a false trail. Oswald stands officially accused of the assassination of President Kennedy, whom I believe he would actually have protected if only for the good of his own course….He was made a dispensable pawn in a big political game.”

“Oswald had developed into an intelligent, determined, and highly motivated person with a gift for dialects. He could prove that he had no motive whatsoever to kill President Kennedy. With Oswald defending himself in an open court hearing, the conspirators ran the risk of certain exposure. Oswald had to be silenced as soon as possible. His murder was a hasty removal from the scene of a key figure capable of bringing to light the truth behind the assassination of the President.”

“Oswald still protests his innocence today through the voices of independent researchers who care to restore the truth about Kennedy’s assassination. The study of the life of Lee Harvey Oswald presents a historic lesson with contemporary implications important for the health of the American nation.” 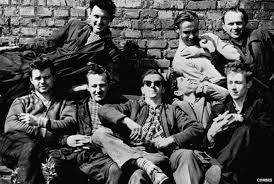 Unlike those who try to pin the taiil on Oswald’s donkey, Titovets presents an honest portrait of the patsy.  Now we need honest portraits of the real assassins of President Kennedy.

Posted by William Kelly at 1:08 PM

That comment about "Lee would have saved Kennedy if he could have..." It brings to mind the Chicago Plot. I seem to recall their was a tip from someone named "Lee" connected to preventing the assassination plot in Chicago.