Back from the Front 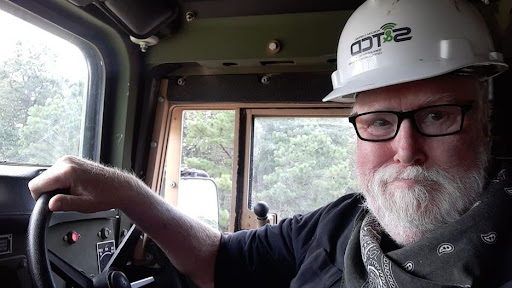 I was driving a Hummer at a military base on July 28, my 70th birthday.

While I was away and failed to post many new articles, a faithful reader, Marshall Hester, emailed me:  "Hi Bill. Have not seen a post lately on JFKCountercoup to further educate me. In hopes you are doing well."

Well its nice to know someone was concerned, and yes, I am doing okay. It's just that after more than two years of inactivity, Uncle Sam finally called me back to duty, and for the month of July I was very busy working with the military at JBMDL -Joint Base McGuire-Dix-Lakehurst, driving a Hummer to assist them in testing equipment.

When I mentioned this on Facebook, someone asked if it was a conflict of interest to be employed by the military-industrial-complex while working as a research director for an anti-assassination organization (CAPA-US.org). I said, No, I was infiltrating them. The same thing I told John Judge about a decade ago when he objected as I began working for the military part-time as a COB - Citizen on the Battlefield.

Usually we do role playing scenarios working closely with Op4 - Opposition Force, creating situations that the soldiers will most likely encounter on the battlefield, mainly training national guardsman and reservists before they are deployed overseas. I enjoy the work and try to do my best, just following orders. Working in training gave me some good insight into how they trained the JMWAVE Pathfinders.

This time was different however, and driving Hummers and assisting in testing equipment was sometimes stressful, but exciting at the same time. We worked for 10 sometimes 12 hours a day, though there was some down time, when I had an hour or so to catch up on my reading, and wrote reviews I posted earlier.

What have I learned that I can apply to my JFK research? Well for one the Army's unofficial motto is "Hurry up and wait." Which allowed for some of the downtime and reading. Another thing is they do everything over and over again until it is done right. At first things are a little sloppy, but with good instructors and operational leaders, things begin to fall into place, and in the end, they said they were happy with the tests and the demonstrations they conducted. I think it is my contribution, however small, to enhancing our national security.

I usually work for a sub-contractor to the main contractor, which is usually General Dynamics, a company that fits into the JFK assassination story on a number of levels. In addition, some of the radios that we handled that were being tested, when you turn them on read: Rockwell International. That's the company that merged with Collins Radio, the company that made and serviced the radios aboard AF1 and SAC planes, and the company that Gene Wheaton worked for when he earned a Presidential citation for security work in the Middle East.

While I can' get into the details of what we did, a few years ago I worked as a COB alongside some first class Army snipers and wrote an article that I think deserves review: JFKcountercoup: View from the Sniper's Nest

Well that exercise is over now, it was only part time, so I am back to my primary mission JFK research and will be contributing more frequently to JFKCountercoup, hopefully on a daily basis.

Among the things I am working on is a review of the US Marine Guidebook, that Oswald supposedly memorized before he enlisted, and gave his copy to Carlos Bringuier, who was asking six figures for it over the internet a few years ago.

I will also be writing an article on Fletcher Prouty, and try to set the record straight on him. There's also one coming up on the October 26 deadline for the President to decide whether to release the remaining JFK assassination records according to the JFK Act of 1992, or to continue with holding them, as well as a follow up after that decision is made.

Then there's previews of the CAPA conference in November that is being prepared, as well as the LANCER conference coming up, and Judyth Vary Baker's Dallas conference at the Magnolia hotel, that she promises will be her last in person conference in Dallas, though that's hard to believe.

The next article I am preparing now is on Sirhan B. Sirhan and another programed assassin who fits in to the JFK story - Luis Angel Castilo.

In any case, I'm back, and will be posting more frequently, and hope you stick around for the fireworks.

If you want you can contact me anytime at: