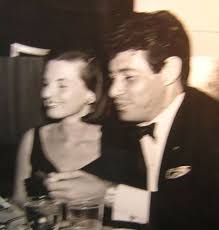 After reading and writing a review of Phil Nelson’s “JFK Mastermind of the JFK Assassination,” I came across an interesting Facebook post by Robert Morrow, who I mention in the Nelson review as a protégé of Roger Stone and a proponent of the LBJ did it theory.

As in most cases, there are two Robert Morrows involved in this one, a Robert Morrow from Baltimore, who wrote two books on the assassination of JFK that he claims are based on his firsthand knowledge.

Then there is this Robert Morrow from Texas, whose recent post supports his LBJ theory that is very intriguing.

Morrow posted a page of Eddie Fisher’s autobio “Been There Done That,” in which he quotes Pamela Turnure, Jackie Kennedy’s Press Secretary, from when they were flying back to DC from Dallas with Jackie Kennedy.

Fisher, a popular 1950s era singer and actor, is best known for having five wives, three of whom were Hollywood supestarts – Elizabeth Taylor, Debbie Reynolds and Connie Stevens.

Apparently Fisher also found time to have an affair with Pam Turnure Jackie Kennedy’s personal secretary and publicist when she was First Lady in the White House.  Before that Turnure had been Senator Kennedy’s receptionist and it was the President who hired her.

Undoubtedly during pillow talk, Turnure confided to Fisher that on the Air Force One plane trip from Dallas, Jackie said, “LBJ did it.”

Now we know Jackie Kennedy knew LBJ very well, as was quite aware of his trecherous ways, and suspecting him would be a natural first impression after such a tragic day.

It is reminiscent of RFK’s first reaction to the assassination was to ask CIA director John McCone if his people were responsible. While McCone naturally said no, he was intentionally kept out of the loop on a number of significnat CIA black ops that have a direct bearing on the assination including ZRRIFLE and the JMWAVE’s Pathfinder plans.

Then RFK called his close personal friend Luis Wililams and asked him if the Cubans were responsible.

On page 258 of Fisher’s book “Been There Done That,” he writes: “On the flight back to Washington after the murder, Pam told me, Jackie Kennedy told her, ‘Lyndon Johnson did it.’ Words I will never forget.”

“Of all he women I was with afer Elizabeth, Pam Turnure was the one my friends thought I should marry. Jennie Grossinger loved her. And maybe I would’ve, but Pam did the one thing I really couldn’t handle. She fell in love with me. I needed an independent women, a women who could live happily without me. But after we fell in love she started canceling her own plans so we could be together. That was the wrong thing to do if you wanted to be with me. Most of my relationships ended in some sort of friendly fashion, but not this one.”

“One night Pam had too much to drink. We argued about something and she warned me that if we didn’t stay together she was going to commit suicide. That was the wrong thing to say to me. I walked out angrilly. I wasn’t doing such a great job being responsible for my own life, and I had no intention of being responsible for hers. The next morning, when I wlked into the living room at the Pierre, every gift I’d given her was lying on the couch. I  never saw her again.”

One thing that Turnure did was to assist in Jackie's historical renovation of the White House and the popular TV tour. A Mr. Castro was responsible for overseeing the restoration and he was assisted by Mrs. Dorman, wife of Col. Dorman, General LeMay's aide who can be heard on the Clifton AF1 tapes.

The thing that makes this so important is that Pam Turnure is still alive. She married New York investment banker Robert N. Timmins and now resides in Edwards, Colorado.

If anyone gets her contact information and tries to interview her, please don’t bother asking her about her affair with JFK, as it has been thoroughly documented elsewhere, but like most secretaries, she must know a lot of the secrets.

Posted by William Kelly at 1:12 PM

check that first paragraph Bill... JFK being the mastermind of the JFK assassination is a new take - at first I thought it was a clever way of saying that his Castro assassination plans came back on him, but then I saw the previous post.

Good work as always though, thanks!