Where Rolling Stone Gets it's Disinformation facts wrong. 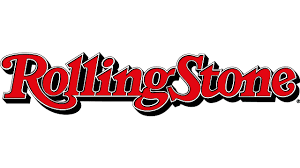 In Rolling Stone's “review” of Oliver Stone’s JFK Revisited – Through The Looking Glass, Tim Weiner says: “This Is Where Oliver Stone Got His Loony JFK Conspiracies From.”

This is where Tim Weiner gets his disinformation wrong.

At one time Rolling Stone magazine was the voice of a generation, and published the ground breaking article by Carl Bernstein on The CIA and the Media, which began to unravel the CIA’s Mockingbird Operation that utilized the media for its own propaganda purposes.

As Walt Kelly once said, “We have met the enemy and he is us,” and indeed, with this article by Tim Weiner, Rolling Stone officially joins the opposition, the opposition to the truth.

Weiner asks us, “Do you believe that the CIA killed JFK? Millions of Americans suspect so. Let me ask you, then: Why do they believe it?”

Then he gives the wrong answer: “The tale can be traced to a Russian disinformation operation.”

No it can be traced to the fact that the evidence in the case provided by the Warren Commission itself proves Oswald wasn’t even on the sixth floor at the time of the shooting and was not responsible for the assassination. But Weiner, who must be well read on intelligence matters, since he won a Pulitzer Prize for the Philadelphia Inquirer for exposing Pentagon waste, blames it on the Ruskies, and he knows better. His history of the CIA "Legacy of Ashes," could not have been written without their help. He is just propagating the false and what the CIA calls an “active measure” to blame the communists for the assassination, a key aspect of the original plan to kill Fidel Castro that was re-directed to JFK at Dealey Plaza.

As Weiner writes: “But what you believe about it boils down to this: Either Lee Harvey Oswald, trained by the United States Marines as a sharpshooter before he defected to the Soviet Union, got off a million-to-one shot in Dallas. He acted alone. Or he was an instrument of a conspiracy so immense that it staggers the mind.”

No, it was not so immense at all, but a well developed, trained and practiced plan, out of JMWAVE and carried out by a small team of assassins, a covert intelligence operation designed to deceive, and Weiner and those who promote his fallacies have been deceived, as they try to tell us we were deceived by the Russians.

Weiner tells us: “Like the cold-war CIA, the KGB paid editors and reporters around the world to print stories that could advance the Kremlin’s international agendas. In the late 1950’s, it created a directorate to undermine America. Department D — D as in dezinformatsiya — aimed to bend and shape public opinion, and above all to defame the United States. The Department of Disinformation was the world’s first industrial factory of fake news.” This is something John Barron has been telling us for decades, and Max Holland has been promoting for years.

But the Ruskies were certainly not the first, as the Vatican had their own Propaganda Department assigned to propagate the faith, and by World War II, propaganda had been developed into a fine art, as exhibited by US Army officer Paul Linebarger, who wrote the military textbook on Propaganda, and later taught CIA officers the basis for Black Propaganda and covert operational procedures as a John Hopkins professor of the School for International Studies.

Among Linebarger’s students were David Atlee Phillips, along with E. Howard Hunt and Ed Lansdale, who Linebarger said “had black minds,” and Joseph Smith, who described some of Linebarger’s lectures in detail in his book Portrait of a Cold Warrior.

Black Propaganda, as opposed to White, Grey or other shades of color, was a very specific type of propagada that “is carefully labeled to be acts of the enemy.”

And Weiner’s article is itself Black Propaganda.

Weiner tells us: “I’ve spent half my life reporting, writing, and reading about the CIA and American intelligence. I remember the Kennedy assassination; I’ve studied the evidence. And I can’t tell you that there wasn’t a conspiracy. Maybe it was the Russians. Could have been the Cubans. Might have been the Mafia. Maybe there’s a mind-blowing bombshell in the still-classified archives of the government. But I seriously doubt it.”

Maybe the Russians, Cubans or Mafia? Everybody but those actually responsible.

As Weiner says, “We have a moral obligation to call bullshit when we see it.”

And I’m calling that Bullshit. The assassination was a domestic covert intelligence operation conducted by a domestic intelligence agency, an action approved by the highest levels of the US government, or they would not have gotten away with it.

As for Garrison’s investigation being sparked by an article in Paese Sera, an Italian publication at the instigation of the KGB. Well I asked that question to the late Bill Turner, who worked closely with Garrison, and he said the Paese Sera article had no effect on Garrison at all. Garrison investigated the associations of the accused assassin with those New Orleans characters – Shaw, Banister, Ferrie, Novel, Smith, all within his jurisdiction.

It is Tim Weiner himself who is promoting false disinformation and his own background exposes it, especially his association with the Columbia Graduate School of Journalism, which used to promote the Catherwood-Columbia Award, until the Catherwood Foundation was exposed (By Wise and Ross in The Invisible Government) as a CIA front and bursar for covert operational funds. That was replaced by the Lucas Award, once granted to Max Holland, whose own article on this subject was published by CIA’s own inhouse journal.

One thing that struck me as I read through the Warren Commission’s volumes of supporting documents were the numbers of CIA connected people who were promoting the idea that Fidel Castro was behind the assassination – a still active CIA psychological warfare campaign continued today by their media assets – Gus Russo, Brian Latell, Bob Baer, Phil Shenon and now Tim Weiner.

HSCA investigator Dan Hardway noticed the same thing, and when he got to question David A. Phillips he asked him why a dozen of his associates and contacts were promoting the Castro Cuban Commie story, and Phillips acknowledged knowing all of those mentioned by Hardway but couldn’t explain it.

While Bernstein names dozens of news and media networks that cooperated with the CIA, I will only go into one – The Scripps Howard News Service (SHNS), whose Dallas correspondent Seth Kantor, ran into his pal Jack Ruby at Parkland Hospital shortly after the assassination. When he decided to write a book about Ruby he couldn’t understand why his phone calls from Parkland were censored by the government and sued them, only to find out that one of his calls was to a fellow SHNS reporter in Florida, Hal Hendrix, who fed  him all kinds of deep background on Lee Harvey Oswald, the then recently arrested suspect. Hendrix was friends with David A. Phillips, and knew him a “Maurice Bishop,” and was himself known by other journalists as “The Spook” for writing about a Caribbean Coup a day before it actually took place.

Then there’s the SHNS story from 1980 that was based on a National Security Agency (NSA) document “leaked” to them – that said Fidel Castro was planning to kill President Reagan just as he had JFK killed, citing a Cuban radio broadcast as the source. A few weeks later John Hinckley shot President Reagan with a pistol purchased near Dealey Plaza, while his brother met with the son of Vice President Bush in the White House.  For those who are interested, I include this entire document in one of the articles liked below.

Disinformation is strictly defined as false information deliberately promoted by a government intelligence agency in order to support a covert intelligence operation. If it isn’t that it is merely misinformation. And there’s plenty of disinformation being thrashed about but it isn’t from the Russians, it’s that the Castro Cuban Commies were behind the Dealey Plaza Operation, and it’s promoted by our own CIA.

And Jim Garrison and Oliver Stone didn’t fall for the Russian KGB disinformation, it is Tim Weiner and Rolling Stone who are being manipulated into promoting such trash that is part of the “avalanche of disinformation” Weiner writes about.

Nowhere in Weiner’s article is any reference or refutation of the dozens of points made in Stone’s documentary that exonerates Oswald as the assassin. Not a one.

I have written extensively about Disinformation at Dealey Plaza over the years and will try not to repeat myself, so I will provide links to the other articles.

1st, why is one asked to sign in after writing a post & then not remembering pw u lose what you wrote. What am I missing. At any rate, obviously Weiner says to believe in conspiracy is by definition an exercise in paranoia. On the other hand he blames the Soviets or Cubans. Were they lone Soviet or Cuban gunman in Weiner’s view? It’s old news to hear the MSM’s acceptance of talk of conspiracy as long as it is engaged in by communists. Do they really not see the contradiction in their view? It is more likely they think the average person doesn’t see their obfuscation.

Hey Bill - thanks for this post, I have not yet read the RS article, but have seen Stone's documentary.

Interestingly, in the last two days, I've watched two other discussions on youtube:

1- featuring Dana Priest, Mara Hvistendahl, and... Tim Weiner, hosted by Tim Naftali, NYU professor of history and public service and CNN contributor titled: "Intelligence and Espionage: What’s Next?" Weiner has most recently written "The Folly and the Glory: America, Russia, and Political Warfare 1945-2000." (have not read). I thought, gee, I wonder what Weiner, with all this research and backround on the CIA thinks about the JFK assassination. Geez. https://www.youtube.com/watch?v=Vp9Oi28YPcs

2- on 11/23/2021, Thomm Hartmann and Lamar Waldron talk for nearly 2 hours titled: "The Conspiracy To Kill Kennedy Finally Exposed." Since I had not read their 3 books, I found it interesting, but I commented on it and went back to this site to find your reviews of Waldron's work. What was interesting about this talk is they do name some sources: Dean Rusk (for 12/1/63 coup invasion secret plan), John E. Nolan Jr. (who recently passed away at 90 years old), key aid to RFK, and Enrique (Harry) Ruiz, key Cuban and friend of RFK, and did name Juan Almeida (Bosque) as the key military aid leading asserted planned coup.

They also discredit Stone's work - specifically the 1992 film but completely ignore his documentary and they claim (using Walton interview) that RFK directed the botched autopsy as means of cover up to prevent WWIII. During the talk, they both even say "I guess we are also part of the cover up." I guess they are. https://www.youtube.com/watch?v=N4GEHn3HeI8

In reply to JYL's bottom line: understand that you cannot blame the many men and women who participated in the cover up. Take the memebers of the Warren Commission. They were not "in on it" (not referring to Dulles, the CEO of the murder), but Ford and Specter etc. They were told, yes, we know there were multiple shooters and we have to make it look like a lone nut to prevent WW3 and keep the people calm. I see these people as heroes. Yes, it's wrong to hide the truth, but it was well-intentioned.