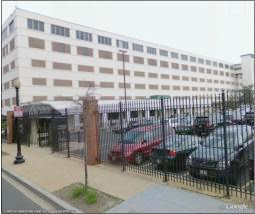 A Visit Inside Building 213

...“Paul, what do you plan to do when you get out of the Marine Corps?” he asked.

“I really have no idea, sir,” I replied. “The only thing I do know is that I’m not going back to Niagara Falls and work in a factory like my father and uncles.”

“Ever thought about working for the CIA?” was his next question. That one hit me like a bolt of lightening out of the blue.

“The CIA?” I asked incredulously as I tried to look up at him while shielding the sun from my eyes with my hand.

“I think you’d like working for the Agency,” he continued. “Why don’t you go down to their employment office and fill out an application? Put my name down as a reference.”

Uncle George handed me a business card printed with his name and walked back to shore for another load of boards. The card displayed nothing more than his name; no American eagle, no 007, no CIA. I tucked the card into my hip pocket and started thinking about what I could possibly do for the Central Intelligence Agency as I continued to drive more nails into more boards on that hot August afternoon.

We talked about a lot of things at dinner that evening, but never once was the CIA mentioned. I later found out that even Sheri did not know uncle George was going to suggest the Agency to me, nor could she shed any light on what he did for them.

The following week, with a day pass from my first sergeant and a friend’s car, I drove the 35 miles from Quantico to 1016 16th Street, NW in Washington, DC. The building looked no different from any of the other office buildings on that street. I double-checked the address before entering the lobby where a young lady at the reception desk asked me for my driver’s license and handed me a short “Visitor” form to fill out. Name, address, and social security number were all I had to write. At the bottom of the form were places for a personal reference and my signature.

I filled out the form, copied down uncle George’s name, scribbled my signature, and handed the form back to the receptionist. She then asked me to take a seat in the waiting area. About 20 minutes later, a gentlemen in a nicely tailored suit approached and invited me back to his office.

I was trying to anticipate how to react to my first interview by a CIA recruiter but was unprepared for what happened next. He asked me only two questions, “How are you this morning, Mr. Grassler?” and “Can you get to 1st and M streets by 10:30?”

“I think we have a position you will find interesting,” he continued as he pointed out a building on a map of the Washington Navy Yard in southeast DC. The number of the building was 213.

He gave me directions, tracing a route on the map with his finger. He then stood up, shook my hand, and wished me luck with my next interview. As I Walked out of his office, somewhat bewildered by the brevity of the process, I couldn’t help but wonder who uncle George really was.

I made it to the corner of 1st and M with time to spare. Building 213 was a white, six-story concrete building with all of its windows bricked in except for a row of dark-tinted windows on the top floor.

There was a parking lot in front and the entire facility was surrounded by a 10-foot high chain-link fence topped with three strands of barbed wire. There were no signs or logos on the property except for the number 213. The building drew no more attention than that of a warehouse.

At the 1st-street entrance, a uniformed officer standing next to a guard booth asked me for my driver’s license. He went into the booth, made a phone call and, within two minutes, handed back my license, gave me a visitor’s parking pass for my windshield, and pointed out the parking space I was to use. He instructed me to see the receptionist at the front desk in the lobby.

The lobby in Building 213 was nothing to write home about. White and sterile would be an adequate description. There was a long desk to the left of the lobby where two uniformed guards were checking the identification badges of people entering and leaving the building. Everyone was wearing a picture badge except me. To the right of the lobby was another long desk, and this one with two women behind it. The sign on the desk read, “Reception”.

I handed one of the women my driver’s license and she asked me to fill out a short form identical to the one I had filled out at the recruitment office. Upon handing back the form, she presented me with my first government badge. I didn’t think it would have allowed me access to anything much more than the mens’ room. The plain white badge was emblazoned with a large red “V”. I soon learned that I was now an official “uncleared visitor”.

With my new badge clipped to my pocket I waited in the lobby while the receptionist made a phone call. In less than five minutes, I was being escorted by another man in a well-tailored suit to a small interview room adjacent to the lobby.

For the next 45 minutes I was “filled in” on the position I was being offered and on the process I would go through to get my clearances. The process could take up to a year, and after seeing the stack of forms I was given to fill out, I calculated that six months of that time would be dedicated to writing. The gentleman quipped that when the weight of the paper work equaled my body weight I would have my final clearances. The longest form was the Personal History Statement. I, my neighbors, and friends would soon discover that the CIA wanted to know everything about me.

As for the job, I knew little more than when I first entered building 213. I was to be a records control clerk with a GS-4 pay grade. For those not familiar with the GS government pay scale, a GS-4’s salary hovers just above the poverty line in Washington, DC. That was about it. Information about what records I would control and for whom was never offered.

Fourteen months later I received my letter of acceptance. One month after my discharge from the Marine Corps I was gainfully employed by the CIA.

The beginning of my career in the federal government was the beginning of a series of adventures few people in any occupation could ever imagine. As an artist, the experiences were even more unique and exciting.

It took a stranger’s name and about 90 minutes for an artist and Marine from Niagara Falls to get a job with the CIA. I have never been hired faster nor have I ever had to wait longer to begin my first day of work. I have never had a better time nor received a better salary. Interestingly, this would be the first of three times I
would work for the CIA. For me, three really was charm!

Did JFK ever visit Bldg 213 for some sort of inspection or dedication ceremony? I have a friend who says she saw him visit the WNY around this time, but doesn't recall the event or purpose. So, wondering if this was the event she saw?

Good question. I know he visited the old NPIC above the car dealership, and that visit and the realization that the NPIC needed better quarters that led to the move to Bldg. 213. So after it had relocated, perhaps JFK did visit to ensure they were covered with everything they needed.
Billkelly3@gmail.com