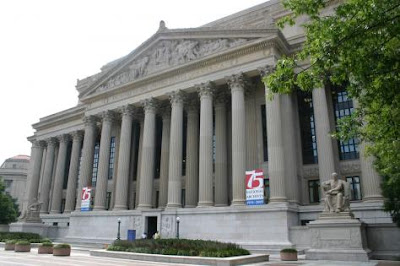 The National Declassification Center (NDC) was created when President Obama signed the new Executive Order released by the White House on December 29, 2009.

NDC began operations in early January 2010 under the direction of Dr. Michael J. Kurtz, Assistant Archivist for Records Services, Washington. Initially, the NDC will focus on the following:

- timely and appropriate processing of referrals between agencies for accessioned Federal records and transferred Presidential Records;
- general interagency declassification activities necessary to fulfill the requirements of sections 3.3 and 3.4 of this order;
- the exchange among agencies of detailed declassification guidance to support equity recognition;
- the development of effective, transparent, and standard declassification work processes, training, and quality assurance measures;
- the development of solutions to declassification challenges posed by electronic records, special media, and emerging technologies;
- the linkage and effective utilization of existing agency databases and the use of new technologies to support declassification activities under the purview of the Center

NDC Blog Releasing All We Can, Protecting What We Must

At the June 2010 public forum, Archives official Michael Kurtz stated that one percent of the five million pages of JFK assassination records is still withheld and that these records will be processed by the National Declassification Center as it tries to clear the backlog by the end of 2013.

In light of the public interest in these records, would the Archives consider establishing a project to ensure that these JFK assassination records are processed prior to the Fiftieth Anniversary of the JFK assassination in November 2013?

Answer: Records associated with the JFK assassination, having previously undergone appropriate government-wide declassification review and processing, are not technically part of our 400 million page processing back log; however, they do fall under the high interest, high historical value category.

Recall that these valuable records were subject to the JFK Assassination Records Collection Act of 1992, which mandated that all assassination records must be released in full by 2017, 25 years after the date of the passing of the Act in 1992.

To apply that requirement vigorously, the Act established the Assassination Records Review Board (ARRB), an independent agency set up to make sure all assassination-related records were identified and sent to NARA and that they were open to the greatest extent possible.

The power wielded by the ARRB meant that more records were declassified and made available under the JFK Act than would have been released under the Freedom of Information Act (FOIA) or under mandatory and systematic review provisions of the Executive Order.

[The work of the ARRB is well described in their Final Report:http://www.archives.gov/research/jfk/review-board/report/]

The Collection includes over five million pages, and as noted by this and other questioners, less than 1% of the documents in the Collection are withheld in full.

NARA believes that the declassification review process on these withheld records was vigorously applied under the strictest standards and at great expense.

We believe Agencies were required to release documents that they would not have voluntarily released, or been compelled to release, under the previous Executive Order review guidelines.

That said, NDC will examine whether the recent changes reflected in the new Executive Order (13526) are likely to result in a change of declassification status for these historical records and if that change could allow for declassification of the remaining classified material prior to 2017 in an efficient manner.

I must caution you, however, that in prioritizing parts of the backlog, we look for collections of both high interest and “declassifiability.”

In the case of these records, that “declassability” standard may have already been surpassed.

As I must focus our and other government agency limited resources on the back log due December 2013, I have to take that into account before I ask other agencies to re-look at documents they may already feel they have re-reviewed sufficiently.
Posted by William Kelly at 10:20 PM