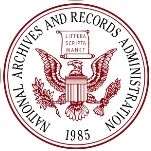 This is to advise you of the growing public response to the decision by the National Archives and Records Administration () to remove the records on the assassination of President Kennedy from the 2013 review process.

President Obama’s first action as president on December 29, 2009 was to initiate a policy of transparency and open government with Executive Order 13526, that requires the accelerated declassification of the backlog of secret government records by 2013, the 50th anniversary of the assassination of the President.

The originally said that because of the intense public interest in the issue, the JFK assassination records would be included in the process, but in a recent letter to James Lesar, the director of the Assassination Archives and Research Center in Washington D.C., the counsel to the reversed their earlier decision and said, “Given this public interest, we have been consulting with the to see if it would be possible to review and release any of these remaining documents in time for the 50th anniversary of President Kennedy’s assassination in 2013. Although the shares the ’s interest in wanting to be responsive to your request, they have concluded there are substantial logistical requirements that must take place prior to the release of these remaining records and there is simply not sufficient time or resources to complete these tasks prior to 2017. Accordingly, we will not be able to accommodate your request.”

In response, hundreds of historians, researchers and ordinary citizens, both conspiracy theorists and Warren Commission supporters alike, have protested this decision signing an on-line petition, which reads: “We the undersigned call for the release of still secret JFK assassination records at the National Archives before the 50th Anniversary of that tragedy in November 2013. The National Archives has reneged on a 2010 promise to the public to release thousands of secret JFK assassination records by the end of 2013, contrary to President Obama's commitment to have the most open administration in history. Honor President Obama's commitment by releasing these historic records by November 2013.”

In 2006, the made a preemptory release of all documents that were postponed until 2010, which shows that they do have the logistical ability to release such records, and thus, the remaining 1171 documents that are scheduled for release in 2017, can and should be reviewed and released as part of the 2013 process.

Jefferson Morley wrote an article about it in Salon: http://www.salon.com/2012/06/14/national_archives_no_new_jfk_docs/singleton/

Bill Kelly has posted Lesar’s letter and the reponse at his blog:
http://jfkcountercoup.blogspot.com/2012/06/nara-continues-withholding-of-jfk.html

Russ Baker – Is The Government Holding Back Crucial Documents?
http://whowhatwhy.com/2012/05/30/is-the-government-holding-back-crucial-documents/

The National Archives today refused the request of a non-profit public interest group to declassify secret records related to the assassination of President John F. Kennedy in time for the 50th anniversary of that tragic event in 2013 (see attached letter of Gary Stern, General Counsel of the National Archives). The Archives reversed a commitment by Assistant Archivist Michael Kurtz made at an Archives public forum in 2010 at which time he stated the remaining secret Kennedy assassination records would be released by the end of 2013. The Archives today says that Kurtz “misspoke” when he made that commitment to the public.

The National Archives states that it does not know the extent of secret files in its collection related to the Kennedy assassination, but that is withholding 1, 171 classified documents related to the assassination. The Archive’s acknowledges that in 2006 the speeded up releases of documents with releases dates through 2010, but that declines to do so for the remaining documents due to “logistical requirements” even though, according to the National Archives, only 1, 171 documents of undetermined volume remain to be declassified.

The request for release of the secret documents was made by the Assassination Archives and Research Center (AARC), a non-profit public interest group in a letter signed by several of its board members and attorneys Mark Zaid, Charles Sanders and Prof. G. Robert Blakey, who served as the chief counsel of the House Select Committee on Assassinations. The letter made the point that the 50th anniversary of the Kennedy assassination in 2013 will result in widespread discussion and news coverage, and that the government documents related to the assassination should be made public in order for a fully informed discussion.

“Researchers have started an online petition to obtain release of secret files related to the assassination of President Kennedy in 1963.  In 2010 Asst. Archivist of the United States Michael Kurtz promised researchers that the secret records would be processed by the end of 2013 as part of the government's effort to declassify hundreds of millions of secret files.  Recently the Archives reversed Kurtz' commitment, claiming that he had misspoken, and instead the Archives has informed researchers that the secret JFK files will not be processed for release until 2017 at the earliest.  It is possible the files will remain secretly indefinitely.”

“Researchers are seeking release of Kennedy assassination files before the 50th anniversary of that tragic event in November 2013.  The JFK assassination has been the subject of repeated government investigations and books and other literary treatments that have come to conflicting conclusions about the assassination.  The American public by large majority believes the JFK assassination was the result of a conspiracy, while the official Warren Commission report in 1964 asserted that the assassination was the act of a lone gunman.  Researchers believe that 50 years of government secrecy surrounding the topic is enough, and that all the records should be released before the 50th anniversary.  Researchers assert that the interests of the would be best served by full transparency on the topci in 2013 rather than have the anniversary occur amid charges of secrecy and cover up.  The issue is whether the government today can be open and transparent on the violent removal of a President in 1963.”
Posted by William Kelly at 4:56 PM