PROTEST TO FREE THE FILES 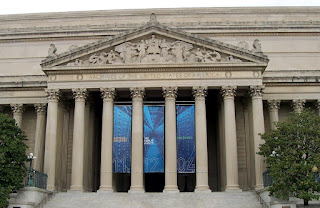 Paul Kuntsler, who called for the Monday, October 8th Columbus Day picket and protest at the National Archives (and Records Administration ), formerly owned the transcript service that handled much of the HSCA testimony. He is a long time activist who has previously taken full page ads out in the New York Times and Washington Post questioning their reporting on the assassination of President Kennedy. He has also sponsored a forum on the assassination at the and has previously held protests at the , FBI and Secret Service.

Security at the have requested that no pickets on polls be used, but signs held by string around the neck are okay. We have also agreed not to disturb those people in line to get into the Archives.

Kuntsler believes, and others agree, that our purpose is not to harass employees or the public, as most people, including many within the government agencies and departments, support our cause, and want to see all of the remaining assassination records released. Our purpose is to convince them that we are right and they too should support the release of these records.

Only a few high level administrators and agency heads want to keep these records withheld, not for reasons of national security or because they prove conspiracy, but because they are an embarrassment to their agencies and departments, and because they can keep them secret.

The Columbus Day protest at the was instigated by the insolence of the officials to cower and kowtow to the and agree to exclude the remaining sealed JFK assassination records from the 2013 review. The president did not say that no government record would remain sealed forever “except the JFK assassination recorded,” and his executive order does not specifically exclude these records.

Although the video of that first NDC public meeting is posted at their web site, neither the tape or a transcript of the second or third public meeting can be reviewed, and when I requested a video recording and transcript of the third meeting I was told there is no transcript. While upon request, I was supplied with a link to a Youtube videotape of the third meeting, but that tape is posted under a private section of Youtube that other people can’t reach by a Google search, and it freezes near the very end, shortly before the public questions are asked, including answers to what we consider most significant.

While a staff member has said that I would be provided with a corrected version, if I am not, then there is nothing else to conclude except that the glitch is intentional and there is information in that part of the tape that someone with significant power within does not want publicly released.

This must be so because the auditorium where the public forum was held is set up for professional audio visual recording of all presentations, with cameras stationed behind glass and audio recording stations throughout the room. It is inconceivable that such an accidental technical glitch would occur at precisely the right place where the public question aspects of the proceedings are suddenly froze and inaccessible.

For the record, three of the six post-forum public questions were related to the JFK assassination records. Jeff Morley, Jim Lesar and John Judge all asked pertinent questions or made relevant statements.

Because the open public hearing was held on a weekday in the last week of August, shortly before the Labor Day holiday, it was clear that the officials did not want a large public turnout.


“The National Declassification Center () at the National Archives held a public forum on Aug. 29 to obtain public input on declassification.  The is trying to address a 400 million page backlog of classified records at the Archives.  During the public question period, journalist Jeff Morley (formerly with the Washington Post) asked that  reconsider its decision earlier this year not to speed up processing of 1,171 classified records related to the JFK assassination by the 50th anniversary in 2013 (otherwise they remain secret until at least 2017 and perhaps indefinitely beyond).  The /Archives response to Morley's request was a flat no.  The representative on the panel said, "My agency has nothing to say on that topic".  Another questioner, Jim Lesar, elicited the admission that it would take approximately two months to process that quantity of complex documents. There were six public questions asked at the forum and three of them were from people seeking declassification of the JFK assassination records, the most commented topic.  The flat negative response to the JFK records issue cast a pall over the proceedings.  There were 100 plus people in attendance, many of them government employees.”

The CIA representative who spoke said that much of the declassification concerns the identity of CIA agents, whose identities they will not reveal. If I was there I would have asked him if that included Lee Harvey Oswald?

Jim Lesar asked the CIA man how long it would take the CIA to review and declassify the remaining withheld CIA records if they were required to do so, and the answer was – two months. They don’t even know how many pages there are, and they’re not about to count them if they don’t have to. They contend they do not have to act on them until 2017, and claim they don’t have the ability to declassify them at this time, even though they did accelerate the declassification of all the CIA records ordered released by 2010 in 2006, four years in advance. We are now requesting they do the same thing for the 2017 records and declassify them in 2013, certainly a reasonable request.

The insolence of the officials to abide by the CIA instructions and ignore the law and intense public interest in these records has forced us to protest their actions, try to get the attention of the media and general public and convince them it is everyone’s best interest to declassify and release these records now.

If you can’t be there in person and participate in the protest, but would like to support this cause, you can write your own letter, sign our petition, get others to sign it


and contribute to the Committee for an Open Archives () Facebook paypal account that will be used for a full page ad in a Washington DC publication posting our petition and letters to the Archivist and Congress.

Donations
committeeforopenarchives.webs.com
Site for contributions to full pg ad by the Committee for Open Archives to build support and actions for an open archives and oversight of the JFK Act.

There motto used to be - Releasing All We Can, Protecting What We Must
here is the new NARA declassification page with the new slogan (below)--
Protecting information critical to our Nation's security and demonstrating our commitment to open Government and effective declassification.
http://www.archives.gov/declassification/

The National Archives' decision is in violation of President Barack Obama' executive order of Tuesday, December 29, 2009 that "no information may remain classified indefinitely" as part of sweeping overhaul of the executive branch's system protecting
classified national security information.

50 YEARS IS LONG ENOUGH! – THE JFK ASSASSINATION RECORDS – IN OUR LIFTIME

Posted by William Kelly at 1:27 PM