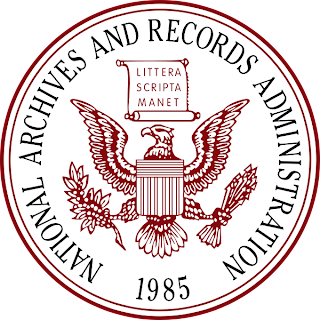 NOTE - THERE IS A GLITCH IN THIS RECORD - they will try to correct it.

On , the hosted its third annual Public Open Forum at the William McGowan Theater at the National Archives building. The forum featured a status report by Director Sheryl Shenberger,two interagency panels that addressed quality assurance measures and improved declassification processing, as well as a question and answer session with members of the public.

“The National Declassification Center () at the National Archives held a public forum on Aug. 29 to obtain public input on declassification.  The is trying to address a 400 million page backlog of classified records at the Archives.  During the public question period, journalist Jeff Morley (formerly with the Washington Post) asked that  reconsider its decision earlier this year not to speed up processing of 1,171 classified records related to the JFK assassination by the 50th anniversary in 2013 (otherwise they remain secret until at least 2017 and perhaps indefinitely beyond).  The /Archives response to Morley's request was a flat no.  The representative on the panel said, "My agency has nothing to say on that topic".  Another questioner, Jim Lesar, elicited the admission that it would take approximately two months to process that quantity of complex documents.  There were six public questions asked at the forum and three of them were from people seeking declassification of the JFK assassination records, the most commented topic.  The flat negative response to the JFK rrecords issue cast a pall over the proceedings.  There were 100 plus people in attendance, many of them government employees.”

The National Archives' decision is in violation of President Barack Obama' executive order of Tuesday, December 29, 2009 that "no information may remain classified
indefinitely" as part of sweeping overhaul of the executive branch's system protecting
classified national security information.

50 YEARS IS LONG ENOUGH! – THE JFK ASSASSINATION RECORDS – IN OUR LIFTIME