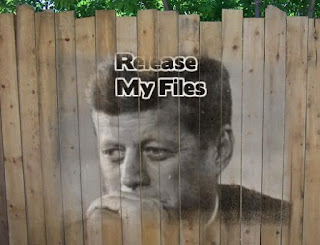 Mr. David JS. Ferriero
Archivist of the
The National Archives

As American historical researchers, we are out here this morning to protest the decision of the National Archives not to declassify documents related to the assassination of President Kennedy, a decision made at the request of the Central Intelligence Agency.

On Wednesday, January 21, 2009, the day following his inauguration, President Obama declared that “no information may remain classified indefinitely” as part of a sweeping overhaul of the executive branch’s system for protecting classifying national security information.

On , I wrote to you requesting an explanation why the National Archives decided to violate President Obama’s executive order. As you know, your office failed to respond to my letter. Other members of the research community also wrote to you about the JFK assassination records, including Jim Lesar, president of the Assassination Archives and .

As I did last June 26, I am attaching a copy of the New York Times story, “Obama Moves to Curb Secrecy with Order on Classified Documents” from . In particular, President Obama “established a new at the National Archives to speed the process of declassifying historical documents by centralizing their review, rather than sending them to different agencies.” President Obama set a four-year deadline for processing a 400-million-page backlog of such records that originally included the JFK assassination records to be released during 2013, the 50th anniversary of Kennedy’s death, but later the National Archives reneged on that commitment.

As the Archivist of the , you are responsible for the preservation of our country’s records and the documentation of our nation’s history. Conducting an open and honest government is the goal of President Obama’s administration. Our founding fathers recognized that a democracy required an informed electorate, one that has all the information and facts necessary to make decisions that effect the direction that the country will take in the future.

Over the course of American history, no single event has had such an impact on our national political system than the assassination of President Kennedy, largely because of the unresolved nature of the case both in legal and moral terms, particularly with the continued withholding of relevant records from the public.

Polls have consistently shown that the American public’s confidence in their government began to decline shortly after the release of the Warren Report in 1964 and has continued to decline ever since. That confidence will never recover until all the government records on the JFK assassination are released to the public.

When the Warren Commission concluded its work, Chief Justice Earl Warren, in response to a question as to when all of its records would be released, responded by saying, “Not in your lifetime!”

Then when the House Select Committee on Assassinations (HSCA) disbanded, its records were sealed for a half-century. The second chief counsel to the HSCA said that he could live with the judgment of historians in fifty years.

But in response to Oliver Stone’s 1991 film JFK, Congress passed the John F. Kennedy Records Act of 1992. This act created the Assassinations Records Review Board (ARRB), which despite releasing over four million pages of records, failed to locate the complete Air Force One radio transmission tapes of , the relevant documents of Office of Naval Intelligence Director Admiral Rufus Taylor, and numerous other records related to the JFK assassination.

Since agencies, especially the CIA, FBI and the Secret Service, knew that the ARRB was a temporary agency, they delayed responding to requests for records, and intentionally kept records from being reviewed and becoming part of the JFK assassination records collection.

Even among those records that were to be included, the CIA has withheld over a thousand documents. Many of these documents are now part of a major Freedom of Information Act court case which should be resolved in the public’s interest.

Some agencies, such as the Department of Defense and the Secret Service, intentionally destroyed relevant records to keep them from becoming released to the public. Those individuals responsible for the destruction of these documents have never been questioned or reprimanded for their actions.

Thus Mr. Ferriero, why have you not, as the Archivist of the , requested that Congress to hold mandated oversight hearings on the JFK Records Act and schedule a special program at the National Archives for the upcoming 50th anniversary of President Kennedy’s murder?

These records were created by public servants working for the federal government. They do not belong to those who created them, or the agencies they work for, or the Kennedy family. They belong to the people of the . These records are a record of our history. We want them now – not in 2017 or 2029.

Fifty years ago there might have been some reason to keep some of these records secret, but now, it is a matter of our national security that the JFK assassination records be released to the public.

The provisions of the John F. Kennedy Records Act require the full disclosure of all unredacted copies of all related records immediately, when the reason for postponing release in each case is no longer relevant, and no later than 2013, the 50th anniversary of President Kennedy’s assassination.

We want the National Archives to assume the role previously performed by the ARRB, as the law requires, continuing to fulfill the remaining work until it is done.

Since a copy of the Air Force One radio tapes was discovered in November 2011, the allegedly destroyed Secret Service documents were found among the effects of a former agent, and the records of the first chief counsel of the HSCA were not obtained by the ARRB, we want the National Archives to resume the search for all relevant JFK assassination records, including federal, state, local, foreign and personal files, secure them and make them part of the JFK Assassination Records Collection, open to the public.

Finally Mr. Ferriero,  as the Archivist of the United States, do your sworn duty and fulfill the requirements of the JFK Records Act so that you can, as the law requires, report to Congress that the last JFK assassination record has been released to the public. 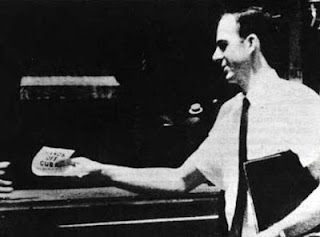 Obama Moves to Curb Secrecy With Order on Classified Documents

– President Obama declared on Tuesday that “no information may remain classified indefinitely” as part of a sweeping overhaul of the executive branch’s system for protecting classified national security information.

In an executive order and an accompanying residential memorandum to agency heads, Mr. Obama signaled that the government should try harder to make information public if possible, including by requiring agencies to regularly review what kinds of information they classify and to eliminate any obsolete secrecy requirements.

“Agency heads shall complete on a periodic basis a comprehensive review of the agency’s classification guidance, particularly classification guides, to ensure the guidance reflects current circumstances and to identify classified information that no longer requires protection and can be declassified,” Mr. Obama wrote in the order, released while he was vacationing in .

He also established a new at the National Archives to speed the process of declassifying historical documents by centralizing their review, rather than sending them in sequence to different agencies. He set a four-year deadline for processing a 400-million-page backlog of such records that includes archives related to military operations during World War II and the Korean and Vietnam Wars.

Moreover, Mr. Obama eliminated a rule put in place by former President George W. Bush in 2003 that allowed the leader of the intelligence community to veto decisions by an interagency panel to declassify information. Instead, spy agencies who object to such a decision will have to appeal to the president.

As a presidential candidates, Mr. Obama campaigned on a theme of making the government less secretive. But in office his record has been more ambiguous, drawing fire from advocates of open government by embracing Bush-era claims that certain lawsuits involving surveillance and torture must be shut down to protect state secrets.

Steven Aftergood, the director of the Project on Government Secrecy at the Federation of American Scientists, expressed cautious optimism about Mr. Obama’s new order, saying it appeared to be “a major step forward” from the vantage point of those who believe the government is too secretive.

“Everything depends on the faithful implementation by the agencies,” Mr. Aftergood said, “but there are some real innovations here.”

Mr. Obama also suggested that his administration might undertake further changes, saying he looked forward to recommendations from a study that Gen. James L. Jones, the national security advisor, is leading “to design a more fundamental transformation of the security classification system.” 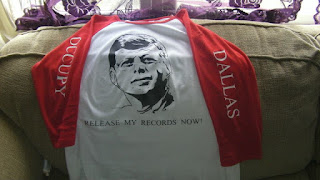 Posted by William Kelly at 6:01 PM