The Other Party with a Psychwar Twist

Lee Harvey Oswald’s alleged Mexico City escapades should be placed in their proper context, not only in time – September 24 to October 3, 1963, but as it was a stepping stone to the assassination itself.

The promotion of the idea that Cuba’s Fidel Castro was behind the assassination at Dealey Plaza can be broken down into individual case studies that can be traced back to their original sources and provide a tangible guide or road map of the intelligence network that’s in play.

In retrospect, Oswald’s Mexico odyssey was not as it was officially portrayed – the Lone Wolf’s failed attempt to get a visa to Cuba or the frequently recycled cover-story of the alleged assassin’s association with pro-Castro Cuban Communists who encouraged him or helped him plan the Dealey Plaza event.

Today we know Oswald’s Mexico City escapade was a “managed” and manipulated affair that resulted in the framing of Oswald as the designated Patsy and a failed attempt to pin the tail on Castro’s donkey.

This scenario fits more honestly with all of the known facts, including Oswald’s contention that he was a patsy, and Peter Dale Scott’s “Phase-One and Phase-Two” hypothesis that the original “Phase-one” Cuban Communist cover story was supplanted by the “Phase-two” Lone Nut scenario in order to avoid nuclear war if a foreign country, however superficially, was implicated in the assassination - as the original cover-story implies.

The idea that the accused assassin Lee Harvey Oswald attended a party where he was encouraged to commit political assassination is not so far-fetched however, as it did indeed happen, though not at a twist party in Mexico City but a house party in Dallas in February of 1963.

That’s when a party was held especially for Oswald to meet Michael Paine, who didn’t make the party, but it was an important occasion because Oswald’s wife Marina met Michael Paine’s wife Ruth Hyde Paine, and Oswald met Volkmar Schmidt, who lived in the house where the party was held along with two other Magnolia Oil company engineers, one of whom was the son of a Radio Free Europe executive.

Schmidt was recruited for Magnolia from Germany, where he at one time lived with a doctor who specialized in psychosomatic psychology and Schmidt admitted that he used “reverse psychology” techniques on Oswald when they talked for over two hours at the party.

Volkmar Schmidt told me that he suggested to Oswald that Fascist General Edwin Walker should be assassinated as Hitler himself should have been - and Schmidt says he specifically mentioned the July 1944 Valkyrie plot that failed to kill Hitler.

So while at this party Volkmar Schmidt encourages Oswald to commit a political assassination as he is accused of doing two months later by taking a shot at Walker, but it is even more significant that Oswald’s wife Marina met Ruth Hyde Paine, Michael Paine’s wife, at the same party, and they became fast friends.

JFK then left Washington on what they called the “Conservation Tour” with the Secretary of Interior, the first stop on which was the Northeast Pennsylvania home of the mother of Mary Pinchot Meyer. She's the former wife of CIA officer Cord Meyer and a close JFK friend and paramour who he had met through his old school mate William Attwood.

JFK moved on to the mid-west from where it was officially announced from an obscure Wisconsin dateline  that the President would ride in a motorcade through the streets of Dallas on November 22.

Shortly after the assassination another women named Mary delivered a box of papers, news clips of the President’s Conservation Tour to the Dallas Police, who examined them and later said the documents in the box linked Oswald with Jack Ruby and the Fair Play for Cuba Committee, all of which disappeared.

Other things were also going on that September 24th, as JFK left on his Conservation Tour and Oswald was crossing the border to Mexico, the Joint Chiefs of Staff met at the Pentagon, where Air Force chief of staff General Curtis LeMay was the temporary chairman of the Joint Chiefs while General Maxwell Taylor was in Vietnam.

According to the minutes of that meeting kept by General Krulak’s aide Col. Higgens, the Joint Chiefs were briefed by CIA officer Desmond FitzGerald on how the military could assist the CIA’s covert Cuban operations, specifically mentioning a plan being to adapt the Valkyrie plot to kill Hitler to be used against Castro.

It is interesting that this document comes from the records of Joe Califano, the former assistant to the Army Secretary who is one of those who still tries to promotes the idea that Castro was behind the assassination.

So on the day JFK leaves on his Conservation Tour, Ruth Paine picks up Marina and the rifle and delivers them to Texas and Oswald goes to Mexico City -  the Joint Chiefs of Staff are briefed by the CIA on a plan to kill Castro using the Valkyrie plan that failed to kill Hitler.

A key element in the assassination at Dealey Plaza was getting the rifle from New Orleans to Texas, and Mrs. Ruth Paine does it.

Ironically, how ironic is it – that before picking up Marina and the rifle Mrs. Paine visited her husband’s mother – Ruth Forbes Paine Young?

Ruth Young is the wife of Arthur Young – the eccentric – and I don't use that word lightly - inventor of the Bell Helicopter who got Michael Paine the job at Bell Helicopter in Texas.

The irony is the undisputed fact that Michael’s mother was a close personal friend and traveling companion of Mary Bancroft, whose book “Autobiography of a Spy” details her role as Allen Dulles’ secretary, agent, paramour and important player in the Valkyrie plot to kill Hilter.

An important element in the Valkyrie plot was not only to assassinate Hitler, but to blame the murder on the Gestapo, and deflect attention from the generals, just as blaming the Castro Communists was an integral part of the Dealy Plaza plan.

So before driving to New Orleans to pick up Marina and the rifle and delivering them to Texas while Oswald went to New Orleans, Mrs. Paine stops by to visit Michael’s mom, a close friend and traveling companion of Mary Bancroft, a key participant in the Valkyrie plot to kill Hitler.

This is not a fact mentioned in the Warren Report, and I only learned about by reading Gerald Ford’s “Portrait of the Assassin,” which includes a number of documents that were not included in the Warren Report or released to the public, and it is interesting that (according to Shenon)  Ford was the only member of the Commission who promoted the idea that Fidel Castro may have been behind the assassination.

So after visiting Michael’s mom in Philadelphia, Ruth Paine drives to New Orleans and picks up Marina and the rifle and delivers them to Texas while Oswald goes to New Orleans, the President goes on his Conservation Tour, and the Joint Chiefs are briefed on CIA’s covert Cuban operations, including the plan to use the Valkyrie plot against Castro.

When Oswald returns to Dallas from Mexico City, he signs in to the YMCA using the same O.H. Lee alias he used at the hotel in Mexico City and at the Beckely Street rooming house – he's still operational – still on a mission, in his mission role.

Mrs. Paine then makes a phone call and arranges for Oswald to get the job at the Texas School Book Depository, and the rifle is kept in her garage until the night before the assassination.

It should also be noted for the record that at the time of the assassination the Joint Chiefs of Staff were in a meeting at the Pentagon with members of the West German general staff.

If what ever happened at Dealey Plaza was in fact a covert intelligence operation then the whole event was planned out in detail and every facet of it was controlled, especially what occurred inside the TSBD building at the time.

The owner of the building from where the shots were reported to have been fired from was Col. David Harold Byrd an oil millionaire who founded the Texas Civil Air Patrol and owns interest in some major defense industries.

At the time of the assassination Byrd was on a safari in Africa with a German Barron – an expert marksman and big game hunter whose father was an “assassination specialist.”

When they returned to Dallas with their trophy animal heads, Byrd had one of the windows from the Sixth Floor removed and placed in his trophy room, but it wasn't the Sniper's nest window, one from the other end of the same floor. Did Byrd know something more? 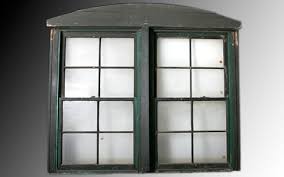 Among other things, Byrd was a magician who enjoyed doing magic tricks.