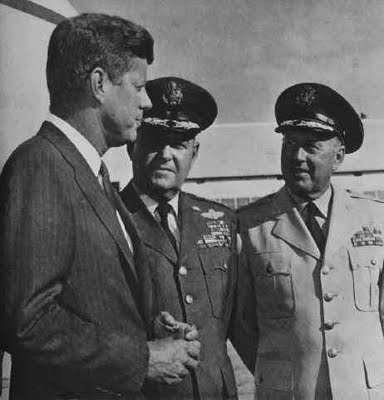 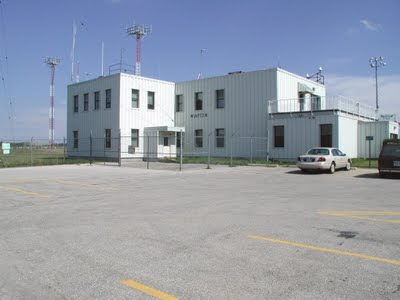 JFK with Generals LeMay and Powers


According to the Andrews AFB Log from that day (posted below on this blog), LeMay flew from Wiarton to Washington National Airport, despite being ordered to fly to Andrews.

LeMay's official biography (p.430, "Iron Eagle: The Turbulent Life of General Curtis LeMay," by Thomas M. Coffey)says he was visiting his wife's family in Michigan when the news arrived about JFK's assassination, so there is a discrepancy in the records.

-LeMay disobeyed Air Force Sec. Zuckert's wishes to meet him at Andrews Air Force Base before Air Force One arrived with JFK's body. Instead, LeMay insisted his military plane land at the civilian Washington National Airport. Horne says this would put LeMay closer to Bethesda than Andrews.

Larry Hancock notes: "I was struck by the fact that it made a big deal of his being so remote that he was out of contact and was not even able to make it back to Washington until the funeral. I don't see that as a minor thing, the book definitely creates the impression that he was not back in Washington that weekend. This really is an important point, if Doug is right and can be verified it looks pretty certain that LeMay was handing out disinformation and there would need to be a good reason for that. After all, it would not be unusual for him to rush back to DC or to some other AF base where he could achieve command and control capability. What seems to me not at all understandable is why he would go to Bethesda, and then lie about it."
Posted by William Kelly at 9:00 AM

Both Paul O'Connor and Denis David said he was at Bethesda, puffing on his cigar, and there was one report that when Humes asked who was in charge, LeMay said, "I am."

On the trail said...

ran with George Wallace on 1968 presidential ticket as vp. heard he was paid one million dollars by hl hunt of texas.

The 1964 film seven days in may was about an attempted military coup by right wing military individuals who were not happy about a proposed peace treaty offered up by the president of the united states. The military leader of the coup was played by Burt Lancaster and his character was supposed to be based on Curtis Lemay. Kennedy is supposed to have said that if a coup overturned democracy in the us it would not come from the military who swore an oath to defend the constitution but by the CIA who were basically a entity not under the control of anyone