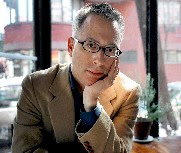 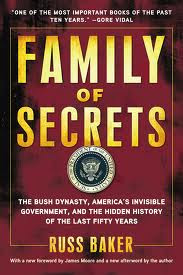 Nobody’s perfect. But it’s hard to think of anything as unworthy of a high-quality journalistic institution as the New York Times’ decades-long determination to never, ever, find any reason to question the original story spun by the Warren Commission on the JFK assassination. No matter how much new evidence has come out to the contrary.

It reminds a bit of the forever-blinkered character Sgt. Schultz on the old tv show Hogan’s Heroes (“I see NUUU-singg”—here’s a good clip, watch first minute of so…)

Ask any reporter, privately, what he or she thinks on this issue. Putting aside those who will demur on the basis of not having read widely on the topic (a surprisingly large number), you’ll find most believing that the “lone nut” or “Leftist loner” narratives about Oswald are utter junk. This would certainly apply in the New York Times newsroom.

And yet just the other day, there was this obituary. It’s about Warren Leslie, a Dallas reporter who wrote a book on right-wing animosity toward JFK in Dallas at the time of the assassination. Yet, skip down to paragraph 17, and you have this contradictory little morsel:

The lone suspect in the assassination, Lee Harvey Oswald, far from being a right-winger, was an ardent leftist with Communist sympathies.

It’s just neatly slipped in as if it’s an uncontested fact, like the day’s sports scores.
Why take this angle? I called and e-mailed the obituary writer, Times staffer Dennis Hevesi, to ask him, but did not hear back by the time this was posted. In any case, it’s unfair to single Hevesi out, since this has been a long-standing Times policy on the matter.

Indeed, the obituary was typical of The Times’ way of handling the subject—every so often, run a kind of “curiosity” piece about some reporter or character, but then subtly undercut their findings.

Take the paper’s coverage of former Washington Post reporter and author Jefferson Morley’s ongoing research on Oswald, which again points toward Oswald not being a “leftist sympathizer” or Communist agent at all. The Times article, generally sympathetic toward Morley, actually began with the following disclaimer, which essentially contradicted the article’s thrust:

“Is the Central Intelligence Agency covering up some dark secret about the assassination of John F. Kennedy? Probably not.”

We have to wonder if that opening nullifier was dictated from on high. After all, though Scott Shane, who wrote that piece, called Morley’s reporting “meticulous,” for some reason the article never provides the name of Morley’s book (“Our Man in Mexico”) nor provides a link to it, but quotes the main “no-conspiracy” author, and cites the name ofhis book instead.

There are literally hundreds of interesting, often excellent books on the JFK assassination. The vast majority of those written by serious researchers and scholars, and backed by extensive documentation and footnotes, come down on the side of Oswald having been recruited years earlier to do covert work for US government entities — with the “left-winger” story serving as constructed cover until his untimely demise.

I myself ran into the depth of the subterfuge and the institutional resistance to disturbing revelations while researching the Bush family’s past for my investigative history, Family of Secrets. I learned, for example, of George H.W. Bush’s secret intelligence connections, which preceded his CIA directorship by several decades. I learned that the elder Bush had a lifelong friendship with a Dallas-based Russian émigré (anti-communist) oil and intelligence operative named George de Mohrenschildt — who himself was of intense if passing interest to the Warren Commission. And I learned that de Mohrenschildt had essentially guided Oswald for a good part of the year before the assassination.

There’s paperwork on all this, even a letter on the topic of Oswald from de Mohrenschildt to Bush, with Bush’s reply. Plus connections between de Mohrenschildt and right-wing Dallas moguls of exactly the sort that the late Mr. Leslie wrote about more generally.
Nothing on this Oswald - de Mohrenschildt - Bush connection has ever been mentioned by The Times (save a one-sentence pooh-pooh in the paper by the late establishment historian Stephen Ambrose in 1992.) However, The Times did cover de Mohrenschildt’s suicide, shortly after his final correspondence with Bush and shortly before he was expected to testify before the new House Select Committee on Assassinations.

Speaking of which, The Times rarely reminds readers that the House committee itself concluded that Kennedy’s death was probably the result of an elaborate conspiracy (i.e., it was not a “loner” operation), but with no Soviet or Cuban government involvement.

How to explain this see-no-evil act? There are many reasons that news organizations will not tell the whole story, or fudge what could be revealed. Whatever is behind this shameful failure, reporters and editors know that the JFK assassination is just “too hot to handle,” that it is a kind of electrified third rail that can destroy a journalism career. But even well-founded fear—of being ridiculed, marginalized, demoted, or otherwise penalized—is no justification for this unrelenting pattern of behavior at an institution that promotes itself as a “paper of record.”

Anyone who calls him - or herself a journalist must be willing to take risks for the truth.

After all, if the public can’t count on journalists to get it right on the big stories, why should they trust us on the rest? And if journalism can’t be trusted, democracy is on a slippery slope.
Posted by William Kelly at 10:37 PM

June 17, 2007 Letter to New York Times Book Review
This letter appeared in the June 17 edition of the New York Times.
To the Editor:
Bryan Burrough’s laudatory review of Vincent Bugliosi’s book on the Kennedy assassination (May 20) is superficial and gratuitously insulting. “Conspiracy theorists” — blithe generalization — should according to Burroughs be “ridiculed, even shunned ... marginalized the way we’ve marginalized smokers.” Let’s see now. The following people to one degree or another suspected that President Kennedy was killed as the result of a conspiracy, and said so either publicly or privately:
• Presidents Lyndon Johnson and Richard Nixon;
• Attorney General Robert Kennedy;
• John Kennedy’s widow, Jackie;
• his special adviser dealing with Cuba at the United Nations, William Attwood;
• F.B.I. director J. Edgar Hoover (!);
• Senators Richard Russell (a Warren Commission member), and Richard Schweiker and Gary
• Hart (both of the Senate Intelligence Committee);
• seven of the eight congressmen on the House Assassinations Committee and its chief counsel, G. Robert Blakey;
• the Kennedy associates Joe Dolan, Fred Dutton, Richard Goodwin, Pete Hamill, Frank Mankiewicz, Larry O’Brien, Kenneth O’Donnell and Walter Sheridan;
• the Secret Service agent Roy Kellerman, who rode with the president in the limousine;
• the presidential physician, Dr. George Burkley;
• Mayor Richard Daley of Chicago;
• Frank Sinatra;
• and the “60 Minutes” producer Don Hewitt.
All of the above, ala Burrough, were idiots.
Not so, of course. Most of them were close to the events and people concerned, and some had privileged access to evidence and intelligence that threw doubt on the “lone assassin” version. That doubt remains today. Bugliosi himself this year joined us, Don DeLillo, Gerald Posner, Robert Blakey and two dozen other writers on the assassination in signing an open letter that appeared in the March 15 issue of The New York Review of Books. The letter focused on a specific unresolved lead, the discovery that a highly regarded C.I.A. officer named George Joannides was in 1963 running an anti-Castro exile group that had a series of encounters with Oswald shortly before the assassination.
This is obviously pertinent, yet the C.I.A. hid the fact from four J.F.K. investigations. Since 1998, when the agency did reluctantly disclose the merest outline of what Joannides was up to, it has energetically stonewalled a Freedom of Information suit to obtain the details of its officer’s activities. Here we are in 2007, 15 years after Congress unanimously approved the J.F.K. Assassination Records Act mandating the “immediate” release of all assassination-related records, and the C.I.A. is claiming in federal court that it has the right not to do so.
And now your reviewer, Burrough, seems to lump together all those who question the official story as marginal fools. Burrough’s close-minded stance should be unacceptable to every historian and journalist worthy of the name — especially at a time when a federal agency is striving vigorously to suppress very relevant information.