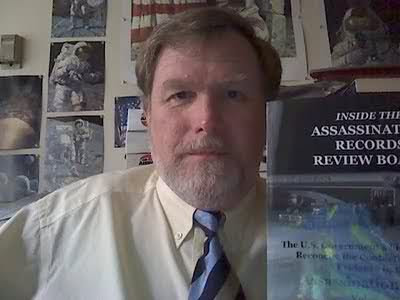 “...We experienced the most difficulty with the Air Force, ONI, the DIA, the NSA and White House Communications Agency (WHCA)...The Air Force kept promising cooperation and we essentially got nothing from them, except for a fascinating Log Book about Andrews Air Force Base on the day of the assassination, which had been pulled out of the trash a few years earlier by a civil servant and saved. This individual, responding to an internal Air Force request for records – because we had been bugging them, this individual person who had saved this book, is responsible for having turning it in to us and we turned it over to the Archives.”

“It’s a fascinating record that gives the landing time for Air Force One on the 22nd, the time “on the blocks,” all of the phone calls made to their operations center that day before the plane arrived, the whereabouts of General LeMay, all kinds of interesting things.”

“...The White House Communications Agency (WHCA) was a big disappointment. They didn’t seem to have a clue or any interest, and it was run by Air Force people. They’re located in the Old Executive Office Building across the street from the White House, and that was a frustrating experience, let me tell you.”

“...(Among) our biggest disappointments ...(was) we could not find the original Air Force One audio tapes of the radio conversations from the aircraft in flight on November 22nd to other locations. Among the other locations, as many of you know, one of those was the plane that (Sec State Dean) Rusk, Orville Freeman and Pierre Salinger were on, on their way from Hawaii to Japan, and the White House Situation Room.”

“The tapes we have now of those conversations are incredibly intriguing, but the tapes we have now emanate from the LBJ Library, and there’s a statement at the beginning of the tape that they are edited, and the person making the statement is someone, I think, in the Army Signal Corps. So the question was, can we find the original, unedited tapes?”

“This is particularly important to have tried to do because we know from written statements – documents made by the (radio) officer on the airplane that he had four circuits up that night, there in full time. Three circuits in full time use means three simultaneous conversations, and the flight was of, I’m trying to remember, something like two hour sand twenty minutes, and that’s about, if you take them literally, seven hours of conversations.”

“The length of time of the edited tapes you can get from the LBJ Library or the Archives is about a hundred minutes, something like that. It’s much shorter than six or seven hours. And some of the conversations on the tapes seem to refer to other conversations that aren’t on the tape. Like ‘I just spoke to so-and-so’ and that conversation is not on the tape. The caller will say, ‘I just spoke to you a couple of minutes ago on this circuit and ...’ And you wish you could hear that conversation, particularly those between Admiral Berkley and General Heaton.” (in making plans for the autopsy).

“We tried with the Air Force. They didn’t have the tapes. We certainly tried with the White House Security Agency, which was responsible for recording them, and we didn’t get anywhere. That’s kind of a shame. We even tried the paper trail at the LBJ Library. We thought, if we go to the LBJ Library to see how they got their edited version we might be able to track down the originals.”

“They had a card that indicate the tapes were deposited in the new library in late 1968 or 1969 from the White House, and that would make sense, since Johnson had left office and Nixon had been elected, so they had been deposited at the LBJ Library in late ’68 or early ’69, but there was no indication in the paper trail of who gave it to them, and it’s just a shame.” 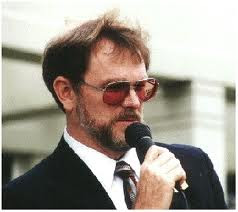 On Thursday, March 8, Doug Horne appeared as a guest on Len Osanic's Black Op Radio.com show and talked extensively about the Air Force One radio transmissions and tapes as well as the significance of the new tape discovered among the effects of General Clifton.

It is well worth listening to and is archived at:

Locations of people who tuned in to Black Op Radio to listen to Len's interview with Doug Horne Live on March 8, 2012.

Posted by William Kelly at 6:02 PM