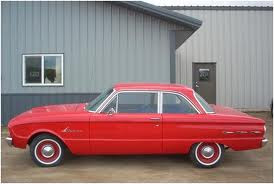 The Red 1961 Ford Falcon in Houston and Oak Cliff

“...Also at about 2:00 P.M., a man identified as Oswald was seen in a car eight blocks away from the Texas Theater, still very much at large and keeping a low profile. 460 A sharp-eyed auto mechanic spotted him. T.F. White was a sixty-year-old, longtime employee of Mack Pate’s Garage in the Oak Cliff section of Dallas. While White worked on an automobile the afternoon of the assassination, he could hear police sirens screaming up and down Davis street only a block away. He also heard radio reports describing a suspect then thought to be in Oak Cliff. 461 The mechanic looked out the open doors of the garage. He watched as a red 1961 Falcon drove into the parking lot of the El Chico restaurant across the street. The Falcon parked in an odd position after going a few feet into the lot. The driver remained seated in the car. 462. White said later, “The man in
the car appeared to be hiding.’ 643 White kept his eyes on the man in the Falcon.” 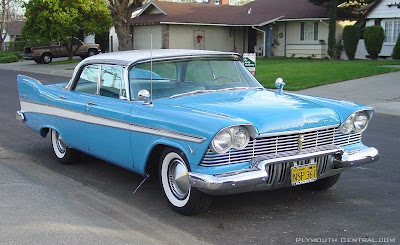 Originally T.F. White said the car was a ’57 Plymouth, and it is highly unlikely that a 60 year old life-long mechanic would confuse a ’57 Plymouth with a 1961 Ford Falcon. When White conveyed the story to Wes Wise a week after it happened, he said it was a 1957 Plymouth.

Because the license Texas PP4537 was traced to a 1957 Plymouth just as White said he observed, I thought the FBI intentionally inserted the “red ’61 Falcon” into their reports in order to discredit White and as an excuse not to properly investigate Carl Mather, the owner of the 1957 Plymouth with Texas tags PP4537.

Now however, it turns out that the origin of the “red 1961 Ford Falcon” stems from Mack Pate, White’s boss and owner of the garage.

Where the “red 1961 Ford Falcon comes from was not clearly determined until Pate was interviewed by researchers years later and the facts brought out by James Douglas in the footnotes of his book.

As related by Douglas: “When Mack Pate returned from his lunch break a few minutes later, T.F. White pointed out to his boss the oddly parked Falcon with its waiting driver who seemed to be hiding. Pate told White to watch the car carefully, reminding him of earlier news reports they had heard about a possible assassination attempt against President Kennedy in Houston the day before involving a red Falcon.” 464

So Mack Pate, around the time White saw the suspicious car, first brought up the subject of a “red 1961 Ford Falcon” that he had heard from news reports was involved in a possible assassination attempt against President Kennedy in Houston the day before.

The red 1961 red Ford Falcon then stems from Mack Pate, not T. F. White, and appears in both Wes Wise’s account and the FBI reports when White tried to relate the entire story about how Pate called attention to the news reports about the suspicious red 1961 Ford Falcon from the Houston incident.

This version of how the red 1961 Ford Falcon entered the story is confirmed by James Douglas footnotes (#462-464) in which he sources his information: (462.) “Bill Pulte interviews with Mack Pate, October 1989. Notes and map from Bill Plute/Gary Shaw interview with Mack Pate. October 10, 1989. I am grateful to Bill Pulte for alerting me to these interviews and to Gary Shaw for sharing with me his records of them.
(464.) Ibid. Mack Pate identified the vehicle T.F. White had spotted in the El Chico parking lot as a 1961 red Flacon in his October 10, 1989, interview with Gary Shaw and Bill Pulte.”

So Bill Pulte and Gary Shaw interviewed Mack Pate in October 1989, nearly 30 years after the fact, and Pate recalled hearing the news reports of the “red 1961 Ford Falcon” involved in the Houston incident the previous day, and made a comment about it to White, who saw the suspicious car. Pate however, did not see the car, and then Wise and the FBI misidentifies the car White saw as being “red.” Then the “red 1961 Ford Falcon” is written into the FBI reports when in fact, the Falcon was involved in the assassination incident in Houston the previous day.

White had correctly identified the suspicious car he saw as a 1957 Plymouth. In addition, White wrote down the Texas license plate tag of the car PP4537, which matched the 1957 Plymouth actually attached to the tags and owned by Carl Amos Mather.

As Wes Wise later said, “He got the make, model and year of the car right,” but not the color,” - red, which we now know came not from the 1957 Plymouth White saw but from the “red 1961 Ford Falcon” that his boss heard about on news reports.

As Douglas continued, it wasn’t the color of the car that mattered, but the license plate number that White recorded, a piece of paper that becomes evidence: “T. F. White walked across the street to investigate. He halted about ten to fifteen yards from the car. He could see the driver was wearing a white t-shirt. 465 The man turned towards White and looked at him full face. White stared back at him. Not wanting to provoke a possible assassin, White began to retreat to the garage. However, he paused, took a scrap of paper from his coveralls pocket, and wrote down the Texas license plate of the car: PP4537.” - JFK & Unspeakable (p. 461 chapter 6)

As the story is retold, details get confused, as can be seen in the 1978 HSCA memo on this incident indicates. Under a report titled “Areas requiring further research and investigation” it is noted “3) Development of basic information regarding Tippit – was there any relationship between Tippit and LHO? (SEE Purdy Memo of February 19 1977: a Mr. Wise, Mayor of Dallas, was told by Pate who owns a garage in Oak Cliff along the route which LHO is said to have taken after the assassination. Pate believes he saw LHO sitting in a car in the restaurant parking lot across the street from the garage. Pate took the license number of the car. Pate has gone to the FBI with this information. The authorities traced the license to a car belonging to a good friend of the Tippits. Has this lead been check?)

Here White is eliminated and Pate becomes the witness, and other details get convoluted.

Rather than be confused however, we can follow the cars, not just the 1957 Plymouth (PP4537) but the red 1961 red Ford Falcon seen in Houston the day before, and other red Fords in Oak Cliff that afternoon, including the red Ford convertible seen parked in front of Jack Ruby’s apartment, the red Ford Galaxy Ruby drove that week and the red Ford Thunderbird that Igor Vaganov was driving around Oak Cliff at the time of the assassination – with a rifle in the trunk and a .38 pistol under the seat.

In a CBS News Memo (April 20, 1967) it is noted: “Wes Wise of KRLD lead. He reported a tip on a car speeding away from the El Chico restaurant – close by the Tippitt murder site. The license number did not check out with the color of the car that had been seen. The tipster’s name was revealed and he was interviewed – his name T.F. White. White said he thought it was Oswald driving the car. The FBI interviewers told him of the witnesses who saw Oswald walking, in the theater, etc. This could tie in to the Vaganav story – which alleges that a man, possibly Vagana (sic Vaganov), was seen in the Tippit murder area driving a red car.”
Posted by William Kelly at 4:20 PM

There is some room for discrepancy in your account. Douglass (p296) relates the information regarding the licence number as described. However it is forty years later that Wes Wise interviews White, who relates the El Chico incident but there is no mention here (Douglass, p296) regarding the make or colour of the car. Perhaps I have missed something but where is the source which has White describing the vehicle as a 1957 Plymouth?

I would agree that it is unlikely that White as an experienced mechanic would confuse these two (in make and colour) vehicles. He sees the car, is suspicious, tells Pate, who crosses to the El Chico and writes down the number. What space is there here for confusion as to make and colour?

Is the fact that the licence number reveals a vehicle owned by Collins Radio but in the possession of Carl Amos Mather not in any related to your post?

Hi JJ, thanks for reading my stuff and commenting - but Wes Wise interviewed White the mechanic within a week of the assassination, not years later. I interviewed Wise and his account is best.

bill - this article is fantastic - I read douglas' excellent book several years ago - and you made it better by including the photos of the 2 vehicles in question. it is amazing how much junk is still swirling about this incident after douglas and you have set the record straight.

But, why would White say he saw a red Falcon? Just because his boss was confused? Wouldn't he take it seriously enough to tell the FBI what he really saw?