Kavanaugh Rules on Morely vs. CIA and is Nominated to Supreme Court 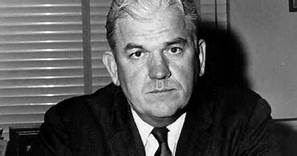 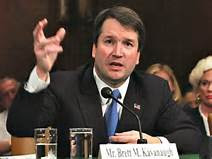 “The public benefit was small” Judge Brett Kavanaugh concluded in a three judge split decision over whether Jeff Morley’s Freedom of Information Act suit against the CIA was significant enough to have the CIA pay the legal fees of his attorney Jim Lesar.

Kavanaugh’s ruling in favor of the CIA came on the afternoon of Monday, July 9, and a few hours later he was nominated to serve of the Supreme Court by President Trump.

While most of the media and the Senators who must approve the nomination focus on Kavanaugh’s opinion on Roe vs. Wade, a landmark 1973 Supreme Court decision over women’s rights to have an abortion, the Morley case could be even more significant.

“Jane Roe” was a pseudonym for women who sued Dallas District Attorney Henry Wade over the abortion rights issue. Wade had indicted Lee Harvey Oswald for the murder of Dallas policeman J.D. Tippit and President Kennedy, shortly before Oswald was killed while in police custody.

It was Henry Wade’s assistant DA Bill Alexander, who was prodded by David A. Phillip’s CIA asset Joe Goulden, to charge Oswald with “furthering a communist conspiracy,” before LBJ and Wade put a halt to it, deciding to go with the deranged lone nut scenario instead.

Kavanaugh says that the Supreme Court has already made a decision on Roe verses Wade and it won’t come up again, so it’s a mute point. His decision on the value of Morley vs. the CIA however, is not so mute.

Over a decade ago Morley filed his Freedom of Information Act (FOIA) request for the CIA records of former CIA officer named George Joannides, who few people heard of at the time. After years of wrangling over the records, Morley discovered that Joannides had been the CIA case officer for the DRE – an anti-Castro Cuban group whose New Orleans representatives were arrested with Lee Harvey Oswald, who a few months later was accused of killing President John F. Kennedy.

Joannides was a psychological warfare specialist, and his Cuban DRE agents published a newspaper in the days after the assassination that promoted the false idea that Fidel Castro was behind the Dealey Plaza conspiracy.

A decade later Joannides was called out of retirement to serve as the CIA’s liaison to the House Select Committee on Assassinations (HSCA), whose chief counsel at the time said that he was hoodwinked by the CIA, and would have called Joannides as a witnesses had he known of his association with the DRE.

Morley’s case not only revealed these startling facts about the President’s assassination, that you won’t read in the Warren Report, but other significant details, including the fact that Joannides received a CIA award for his exemplary service to the Company.

Now its quite incredible as to how Kavanaugh could conclude the “public benefit was small” in learning these facts about the murder of the president, when we haven’t even digested it yet, and won’t know all of the facts on the assassination the CIA is keeping from us until 2021. That’s because the JFK Act of 1992 has been extended until then by President Trump, who nominated Kavanaugh to the Supreme Court a few hours after his decision in support of the CIA.

Bill Simpich also notes the fact that Kavanaugh also kept volume five of the official CIA history of the Bay of Pigs secret, though it is now available.

Whether the public benefit is small or extremely significant is yet to be seen, as the dissenting judge in the three judge decision has made some important points, we have yet to see the still sealed government assassination records and Morley may appeal this decision, that will increase his legal fees but keep these issues in the public light.

For more on this see:
On JFK secrecy, Brett Kavanaugh sides with the CIA - JFK Facts

Kavanaugh also ruled as recently as 2014 that Volume 5 of the CIA's Bay of Pigs report could be kept secret
in a 2-1 ruling. Happily, other avenues to get the volume released were ultimately successful.

The word on the street is that Kavanaugh was chosen to protect Trump from indictment and to enable him to exercise his Presidential powers to the utmost zenith.

Happily, that may be the reason why some Republican senators will ultimately vote against him.

I hope Jeff Morley goes to the 9th Circuit en banc - he may still win.