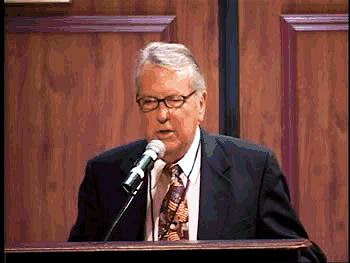 Greg Parker is posting the scan of these original documents at his blog: (Thanks Greg)

The Oak Cliff Exchange Club would like to have you present a program on sports on December 4, 1963 at the El Chico Restaurant, located at the corner of Zangs and Davis in Oak Cliff.

The Club meets at Noon, and there will be several boys present from the Dallas County Boys Home at Hutchins.

Your help would certainly be appreciated.

Hand written as notes on this page are 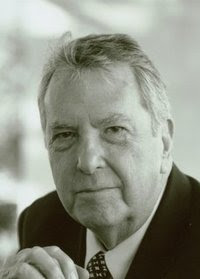 IMG
FBI
December 4, 1963
1
Mr. WES WISE, Sports Department, KRLD-TV, was interviewed at which time he furnished the following information. Mr. Wise said on December 4, 1963 he made a a talk before the Oak Cliff Exchange Club at a luncheon meeting at the El Chico Restaurant in Oak Cliff. Wise said although his specialty is sports, eventually the conversation at the meeting got around to the assassination of the President sicne persons present knew WISE was associated with KRLD-TV, the CBS outlet in Dallas, Texas.

WISE continued that at the conclusion of the meeting, one of the guests came forward and reluctantly volunteered information that on November 22, 1963 just after news had been broadcast of the President’s assassination, he observed a red 1957 Plymouth four-door sedan proceeding west at a rapid rate of speed on Davis Street in Oak Cliff. WISE said his source stated after a short period of time, this car returned to the parking lot at the El Chico Restaurant where the car parked beside the restaurant and the occupant remained in the car. The source told WISE because of the mysterious maneuverings of this car, he walked close to the car and determined the license number was PP 4537. The source told WISE at the luncheon meeting that evening while observing TV, a picture of OSWALD was shown and the source recognized OSWALD as being the individual he observed in the red 1957 Plymouth on that afternoon.

WISE said as he recalled, this occurred on the same corner where Oswald reportedly left a taxicab following his trip from downtown Dallas.

WISE said he had checked the license PP 4537 through the License Bureau and it was ascertained this license was issued to CARL AMOS MATHER, 4309 Colgate Lane, Garland, Texas.

WISE stated at this time he desired not to furnish the identity of his source of information, but added if investigation indicated this individual might be involved in the OSWALD case, WISE would reveal the identity of the source.

WISE stated although he did not desire to furnish the identity of his source of this information at first, it would be permissible for an FBI Agent to interview WHITE at this time to further check out WHITE”s story.

FBI
December 14, 1963
1.
Mrs. JUDY BACHMAN, Merchant’s Retail Credit Association, Garland, Texas, advised CARL AMOS MATHER, 4309 Colgate Street, Garland, Texas, has been known to MRCA records since April, 1957. His file was last checked June, 1958. MATHER was born October 22, 1927. The file indicates MATHER formerly resided in Tulsa, Oklahmoa in 1957 and he is a former resident of Grand Prarie, Texas in 1958. He formerly resided at 1020 Hines Boulevard, Dallas, Texas. A report from Merchant’s Retail Credit Association at Tulsa, Oklahoma indicates MATHER was formerly employed by the Harley Davidson Motorcycle Company in Tulsa. At the present time, MATHER is employed by Collins Radio Company, Richardson, Texas. These records indicate MATHR has an account at the First National Bank, Grand Prarie, Texas. Relatives are shown as A.L. or U.L. Mather, Rogers, Arkansas, and his wife has a relative, WAYNE RILEY, at Kansas City, Missouri.

FBI
December 14, 1963
1
Mrs. CARL A. MATHER, 4309 Colgate Street, Garland, Texas, stated that she and her husband own the light blue over medium blue 1957 Plymouth automobile bearing 1963 license PP 4537 which was parked in the driveway at this address.

Mrs. MATHER stated she and her husband also own a 1954 Ford station wagon which is white over light blue in color.

Mrs. MATHER stated on November 22, 1963, her husband left is work at Collins Radio Company in Richardson, Texas at approximately 2:00 or 2:30 P.M. in the afternoon at which time he came to their home at 4309 Colgate Street, Garland, Texas. Mrs. MATHER stated she and her husband were friends with former Dallas Policeman J.D. TIIPPIT who was hsot on the afternoon of November 22, 1963. Mrs. MATHER said shortly after her husband arrived home, they took their two children with them in their 1954 Ford station wagon at which time they proceeded to Dallas, Texas to the TIPPIT home to express their condolences to Mrs. TIPPIT, and to assist her in any way possible. Mrs. MATHER said she and her husband and their children remained at the TIPPIT home together until around 5 P.M. They arrived at the TIPPIT home at approximately 3:30 P.M. that afternoon. Around 5:00 P.M., Mr. MATHER left the TIPPIT home with the two MATHER children and drove to the MATHER home in Garland where he fed the two children and put them to bed.

Mrs. MATHER was questioned as to knowledge of her husband or anyone else driving a red late model automobile in the vicinity of the Le Chico Restaurant on the afternoon of November 22, 1963 at which time Mrs. MATHER stated she was at a loss to understand any connection between the red automobile reportedly bearing Texas License PP 4537 and her family.

Mrs. MATHER said as best she could recall, her husband was at the TIPPIT home constantly on the afternoon of November 22, 1963 following their arrival there at about 3:30 P.M.

Mr. WHITE stated he saw the red car at approximately 2:00 P.M. on the parking lot of the El Chico Restaurant. He stated he now believes the car to have been a red 1961 Falcon and he believed the automobile had 1963 Texas License PP 4537. WHITE said he observed the man driving the car from the side of his face, and when he saw the televions pictures of LEE HARVEY OSWALD on the night of November 22, 1963, he believed the man he saw at the El Chico Restaurant parking lot was identical with OSWALD. He said the man sat in the car for a short period of time and then left at a high rate of speed, going west on Davis.

Mr. WHITE was advised that the license number furnished by him had been checked and ascertained to be assigned to the 1957 Plymouth automobile which had been observed by an FBI agent and determined to be a light blue over medium blue in color. Mr. WHITE was also advised that LEE HARVEY OSWALD had been captured at the Texas Theater in Dallas at approximately 2:00 P.M., after having shot Dallas Police Officer J.D. TIPPIT at approximately 1:18 P.M. Mr. WHITE was further advised witnesses have stated they observed OSWALD fleeing from the scene of the TIPPIT shooting on foot and he was observed by other witnesses to enter the Texas Theater shortly after the shooting.

UNITED STATES DISTRICT COURT
FOR THE DISTRICT OF COLUMBIA
In the Matter of the Application of
UNITED STATES HOUSE OF REPRESENTATIVES
SELECT COMMITTEE ON ASSASSINATIONS
MISC. No. 78

Areas requiring further research and investigation:
1) Tippit medal evidence/interviewing of the two physicians and the FBI agents involved.
2) Tippit ballistics evidence/ a determination of the exact number of shots fired and the revolver that was used.
3) Development of basic information regarding Tippit/ was there any relationship between Tippit and LHO? (SEE Purdy Memo of February 19, 1977: A Mr. Wise, Mayor of Dallas, was told by Pate (sic) who owns a garage in Oak Cliff along the route which LHO is said to have taken after the assassination. Pate (Sic - Pate's employee Mr. White) believes he saw LHO sitting in a car in the restaurant parking lot across the street from the garage. Pate took the license number of the car. Pate has gone to the FBI with this information. The authorities traced the license to a car belonging to good friends of the Tippits. Has this lead been checked?)

Does anyone have a picture of Carl Mather?

Good question - Does anyone know of a photo of Carl Mather?