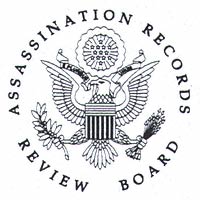 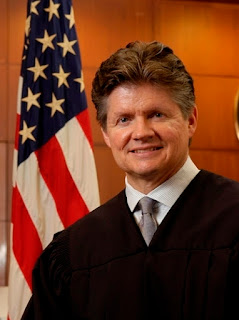 To: Judge John Tunheim
Former Chairman of the Assassinations Records Review Boad
From: William Kelly
Co-Founder of Committee for an Open Archives and COPA.
Re: Statements to the Minnesotta CBS local and as published and posted:

It was with deep regret and some indignation that I read your comments regarding the JFK Assassination records that remain withheld, their numbers and the lack of any other cache of records someplace.

The article reports that, after quoting former governor Jesse Ventura that many JFK assassination records remain withheld, "...a prominent federal judge says all the evidence is out there and the verdict is in. In fact, assassination experts say virtually every known document is public. Minnesota Federal District Judge Jack Tunheim led an independent fact-finding commission in in the 1990s to review, and declassify, millions of pages of documents related to the Kennedy assassination. Tunheim says all but a few of those documents are now public.”

In fact, all the evidence isn't "out there" and there are many thousands of records, especially documents that are still being withheld, so many in fact that the National Archives and Records Administration () can’t count them or say exactly how many.

The article quotes you saying: “Is there a cache of records someplace? I don’t think so. We looked as far and as wide as we possibly could. It would have been a violation of law to not turn over records to us for our decision making. I just don’t think there was much left.’”

As you know, the ARRB, which you led, was unable to obtain many assassination records, especially those from the office of the Director of Naval Intelligence (ONI), the White House Communications Agency (WHCA) and former chief council to the House Select Committee on Assassinations (HSCA) Richard Sprague.

The failure of the ARRB to obtain and secure there records became apparent when some of them surfaced in private hands, including an edited but longer version of the Air Force One radio transmission from the effects of the President’s military aide Gen. Chester Clifton. Other records, including some from the director of ONI Rufus Taylor have also been located even though the ARRB could not get any records whatsoever from that office. Copies of Secret Service documents, thought to have been destroyed after the passage of the JFK Act were recently located among the private papers of a former agent (Gerald Blaine). And I am personally in possession of some original assassination records, copies of which were given to Richard Sprague when he was counsel to the HSCA, copies he kept after being forced to leave his post and records that are sill not among the JFK Assassination Records Collection at the .
[http://jfkcountercoup.blogspot.com/2012/11/three-jfk-assassination-records.html]

So, off the top of my head –  there are four“caches of records” that are someplace other than where they should be – the JFK Collection, and there are more that I will continue to list   until they are obtained and properly secured. I’ve started The Great JFK Assassination Records Scavanger Hunt to try to locate them.
[http://jfkcountercoup.blogspot.com/2012/11/the-great-jfk-assassination-scavanger.html]

I was especially dismayed to read your remark - “Tunheim says after many years of seeing all the available evidence — from Oswald’s rifle and bullets to Kennedy’s autopsy photos to FBI and documents — he has not seen any direct evidence of any kind to change the verdict, which is that Lee Harvey Oswald acted alone.”

As you know there never was a verdict, there was no trial, Oswald was executed while in the custody of the law and you have not seen all of the available evidence, certainly not the documents still being withheld until 2017 or the “caches” that have been kept out of the JFK Collection, so you are not in a position to determine a verdict.

And as you certainly know, your job and the responsibility of the ARRB was not to investigate or even find “facts,” but to locate, secure and release to the public the government records on the assassination, a job that remains unfinished now over twenty years after Congress passed the JFK Act of 1992.

It has been over fifteen years since Congress conducted the mandated oversight hearings on the JFK Act, which when it happens, should document for the record all of the JFK Assassination records that were destroyed, are missing or remain withheld.

You say "it would have been a violation of law" for such records to be kept from the review board, but that's exactly what happened and that law has yet to be enforced and probably never will unless you see to it.

The next time you are questioned by reporters about the JFK assassination records, as a judge you should know not speculate as to the guilt or innocence of Oswald or the accuracy of the Warren Report conclusions, but instead call on the to enforce the JFK Act, to determine the exact number of documents that remain withheld, to include the JFK records in the 2013 National Declassification review and get Congress to conduct necessary oversight hearings on the JFK Act so the work of the ARRB can be properly evaluated.

One of the reasons Congress passed the JFK Act was to increase the public's confidence in their government, but the continued failure to release these records has only increased the citizen's distrust of their government, of which you are a part.

Twenty years after, you should be the one asking the questions.

If you could get answers to these questions then you will have completed the job you began over two decades ago and remains unfinished.

Over 2,000 people have signed this petition calling for the release of the records
Petition | Free the JFK Files | Change.org

ARRB Recomendations, most of which have still not been enacted
http://jfkcountercoup.blogspot.com/2012/10/jf.html

List of some of the RIFs of records Postponed In Full
JFKCountercoup2: POSTPONED IN FULL

Bill:
I heartily commend you for your excellent letter to Tunheim regarding the AAR. The points you set forth are detailed, clearly stated, and indisputable. All of the WCR critic-researchers owe you a great debt of gratitude for your courage, conviction and knowledge.

Kind regards and best wishes for the Holiday season.