More on Michael Paine - and his Importance in the Assassination Story 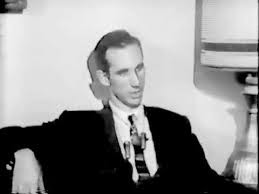 There are a few basic facts about Michael Paine that are not being reported upon his death.

The first is that without him and his actions the assassination of President Kennedy could not and would not have happened.

The significant facts are:

1)     Michael Paine was kicked out of Harvard and attended Swarthmore College in Philadelphia where he lived on a farm with his mother Ruth Forbes Paine Young and her third husband, the eccentric inventor of the Bell Helicopter Arthur Young.

2)     It was while living in Philadelphia when he met Ruth Hyde at a folk dance and they became engaged and married in a Quaker ceremony at Media, Pennsylvania.

3)     It was the Media, Pa. FBI office that was broken into and records stolen that revealed the existence of COINTELPRO and CHAOS documents, operations that were designed to penetrate and disrupt anti-Vietnam war and civil rights protest groups.

4)     While the CIA is legally unable to conduct such domestic operations, the FBI worked closely with US Army Reserves Intelligence, who were.

5)     Michael Paine joined the US Army before beginning work at Bartol Research Foundation in Swarthmore and as an assistant to his step-father Arthur Young, whose Bell Helicotper 47B – the MASH helicopter, was the first commercially approved helicopter.

6)     Arthur Young arranged for Michael to work in research at Bell Helicopter, that opened a new plant in Texas, where Michael and Ruth Paine moved to work there. Young told me that Bell relocated their helicopter plant to Texas “for security reasons.” 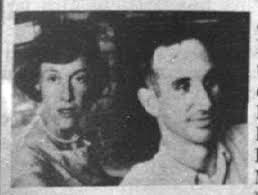 8)     When Lee Harvey Oswald returned home from the USSR with his Russian wife and young daughter, they were patronized by a group of Russians who associated with the Russian Orthodox Church Outside Russia, a parish funded in part by the CIA’s Catherwood Foundation of Philadelphia, and assisted primarily by oil geologist George deMohrenschildt, who has been described as their intelligence babysitter.

9)     Before deMohrenschildt relocated to Haiti for work, he hosted a February 1963 party at the home of three Magnolia Oil engineers for the expressed purpose of introducing Oswald to Michael Paine. While Paine did not attend the party, his wife Marina met Michael’s wife Ruth Hyde Paine and they became fast friends until the day of the assassination, after which they never spoke to each other again.

10)  At the same party Oswald met one of the Magnolia Oil company hosts Volkmar Schmidt, a German who said he used “reverse psychology techniques” on Oswald that were taught to him by his surrogate father Professor Keutmeyer of Heidelberg, Germany, suggesting that right wing retired General Walker be assassinated, as Hitler should have been.

11)  Schmidt specifically mentioned the July 20, 1944 bomb plot to kill Hitler that Keutmeyer was involved in via two direct participants.

12)  Michael Paine’s mother Ruth Forbes Paine Young was best friends with Mary Bancroft, the OSS paramour of Allen Dulles in Switzerland and principle agent involved in the July 20th plot to kill Hitler. They knew of the plot before it failed and afterwards assisted one of the principle plotters Hans Bernd Gisivious to escape, one of the few participants who was not executed.

13)  Shortly after someone took a shot at Walker and missed, a crime attributed to Oswald, he relocated to his hometown of New Orleans, and Michael’s wife drove Marina and the rifle to New Orleans, and then returned with them a few months later while Oswald went to Mexico. Michael Paine packed and unpacked the station wagon on both occasions, and placed the rifle in a blanket in his garage in Irving. Paine later said he thought the rifle in the blanket was camping equipment.

14)  The rifle remained in Paine’s garage until the morning of the assassination, and Oswald’s brother Robert, a former Marine sharpshooter, wrote in his book that “If Lee did not practice with that rifle in the days and weeks prior to the assassination, he did not take the shots that killed President Kennedy and wounded Governor Connally.”

15)  A few weeks prior to the assassination Michael Paine and another employee of Bell took Oswald to a meeting of the American Civil Liberties Union (ACLU), and afterwards, the other employee went to Jack Ruby’s Carousel Club and Oswald joined the ACLU.

16)  At the very moment of the assassination Paine was in the Bell Hell cafeteria eating lunch with Frank Krystinik who said Paine was discussing “the character of assassins.”

17)  At Bell Paine worked under former Nazi General Walter Dornberger, who was brought into the USA by the CIA under Project Paperclip. The phone at Bell were tapped and a report leaked that shortly after the assassination Michael Paine and Ruth Paine talked on the phone saying, Oswald killed the president but was not responsible, and that “We both know who is responsible.”

18)  While Michael Paine claimed he didn’t know Oswald had a rifle, even though he moved it around on three or four occasions, he later acknowledge that he saw the backyard photo of Oswald holding the rifle, pistol and two Communist publications that he subscribed to, including the Trotskyite paper that included articles on anti-Castro Cuban CIA JMWAVE attacks on Cuba.

19)  Michael Paine’s father was one of the founders of the Trotskyite Party in the USA, an offshoot of the official Kremlin backed Communist Party.

20)  When Leon Trotsky broke away from the official Communist Party in Russia, he sought aslym in Mexico City, where he was assassinated by Ramon Mercader, a KGB trained assassin, as documented in a book by Issac Don Levine.

21)  After the assassination Issac Don Levine obtained the rights to Marina Oswald’s story, later written by Priscilla Johnson McMillan, who knew Oswald in Moscow when she worked for the North American Newspaper Alliance (NANA), a news organized owned by former OSS officer Ivor Bryce and included Ian Fleming, of 007 fame.

Posted by William Kelly at 9:05 AM

Paine is in no way responsible for JFK's assassination. He knew Oswald. That was it.

Thats not it. He was introduced to Oswald in an arranged way, he gave food and shelter to Oswald and his family as a patron, he loaded and unloaded the rifle in the car twice and his wife delivered the rifle to New Orleans and back, he kept the rifle in his garage, his wife got Oswald the job at the TSBD, without telling him of a higher paying job she knew about, and he expressed foreknowlege of the assassination. And I didn't accuse him of being responsible for the assassination, I said it couldn't have happened without him. Actually he was, like Oswald the Patsy, a pawn in a much bigger game, fringe elements in a powerful intelligence network that was responsible for killing a president and getting away with it. Read what is written - which explains that he just didn't know the patsy, he knew his mother, and she knew Mary Bancroft and those responsible for the assassination attempt on Hitler, that was adapted for use against Castro that was redirected to JFK at Dealey Plaza.

Keep up the good work, Bill.