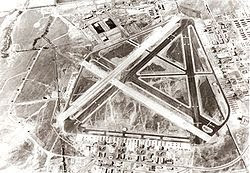 (From "The Assassination of President John F. Kennedy: How the CIA Set Up Oswald" by Mark Lane, Hustler, October 1978)

Recently, a former Marine who had served with Oswald in Santa Ana, California, after Oswald had returned from Atsugi, began to talk about his discussions with him. His name is David Bucknell.

Bucknell told me that one day he and Oswald went to a tavern near the base to drink a few beers. Two women approached them. Later that day Oswald told Bucknell the incident with the women reminded him of a experience he had had at Atsugi. Oswald had been alone in a bar when an attractive Japanese woman approached him, he told Bucknell. She asked him some questions about his work on the base. That work was, of course, with the supersecret U-2 program. Oswald,predictably, reported that conversation to his superior officer, who then arranged for a meeting on the base between Oswald and a man dressed in civilian clothes.

The man, a “security” or “security-intelligence” operator, explained to Oswald that he could do his country a great service. Oswald was told that the woman was a KGB contact and that he would be given false information to pass on to her. Oswald agreed, and while still a teenager in the Marine Corps he became an intelligence operative. His liaison with the woman continued; he was given money to spend at the Queen Bee, and apparently encouraged by American intelligence to enter into a sexual relationship with the woman.

Regarding Oswald’s tour of duty in Japan, Bucknell can only report what Oswald recounted to him. However, he was involved directly with Oswald in an intelligence effort when they both were at MACS-9. In1959 Oswald, Bucknell and others were ordered to report to the Criminal Investigation (CID) at the base. There a civilian began an effort aimed at recruiting those present for an intelligence operation against “Communists” in Cuba. Oswald was selected to make several additional trips to CID. Later he told Bucknell that the civilian who served as his contact or control at Atsugi had taken over the same job at Santa Ana. Still later, Oswald confided to Bucknell that he, Oswald was to be discharged from the Marine Corps very soon and that he would surface in the Soviet Union. Oswald told Bucknell that he was being sent there on assignment by American intelligence and that he would return to the United States in 1961 as a hero.

Thanks to Gary Buell for posting this. An Oswald Witness
http://coverthistory...01_archive.html

Once in Atsugi, Oswald engaged in more than radar monitoring. At a Tokyo nightclub called the Queen Bee, Oswald became intimate with a hostess who was believed to be a Russian spy, and contracted gonorrhea. Oswald's medical record states that the disease was contracted "in line of duty, not due to own misconduct." Obviously, Oswald was at the time functioning as an agent of the military, probably performing surveillance on the believed Russian spy at the Queen Bee. [5]

Kerry Thornley, perhaps Oswald's closest friend at the Atsugi base, in correspondence with the author recalls an attempt to recruit himself, Oswald, and a third man into a possible intelligence operation. Thornley writes,"In the late 1970s I was contacted by David Bucknell, who said he was in Marine Air Control Squadron Nine with Oswald and me. When he mentioned that his nickname was'Bucky Beaver,' I recalled Bucknell--a large man with buck teeth who wore his utility cap all the way down on his head, giving it a dome shape instead of the common stretched, flat-top shape.

"Bucknell asked me if I remembered an attempt to recruit us (Bucknell, Oswald, me) to military intelligence. I did not. Then he asked if I remembered approaching he and Oswald one day and being told by Oswald that 'This is a private conversation.' That I recalled clearly. Bucknell said it happened as we were on our way to the recruitment lecture.

"Indeed, I remembered the incident occurred as all three of us were walking in the same direction toward 'Mainside' on the base and away from the radar outpost. Bucknell said that minutes earlier, on the outpost, the names of Oswald, Bucknell and Thornley had been called over the P.A. system and that we were told to report to the squadron office. In the squadron office, we were ordered t, report to base security over at 'Mainside' of L.T.A., the satellite of El Toro Marine Base where we were stationed.

"Bucknell said he and Oswald were running a loan sharking operation and their private conversation concerned whether or not they were now being called in for questioning about that. Oswald doubted it, because I had been up at the same time and knew nothing about the operation.

"Bucknell says when we arrived at base security we were seated in a small auditorium or lecture room with a number of men from other outfits. Up in front, according to Bucknell, was a Marine captain and a Hispanic man in civilian clothes with a flat-top haircut. Bucknell was surprised to see that the Captain was acting as an 'errand boy' for this civilian, whom the Captain finally introduced as 'Mister B.'

"'Mister B' said,'We have reason to believe that Castro's new revolutionary government has been infiltrated by Soviet agents.' (This would have been in late May or early June of 1959, just after the New Year's Day Revolution, before Castro 'went Communist•' I recalled someone making that statement in a lecture I attended, but did not remember the context).

"We had all been called together, said Mr, B., because we were reputed to be admirers of Fidel Castro. As I understand it, and dimly recall it, the pitch was that Castro needed our help in getting rid of these agents. We were being asked to volunteer for a counter-espionage program!

"I'm sure I would have volunteered. To the best of my recollection, I was ostensibly turned down because I was already slated for a tour of duty in the Far East, to begin in June, and the training program was in the U.S. But not before I signed some papers authorizing using me for intelligence purposes.

"Bucknell made detailed notes of this extraordinary event the day after it occurred, and when we met in San Francisco in the late 1970s he read me those notes.

"Volunteers were interviewed on a one-on-one basis after the recruitment lecture. Bucknell says he had a maternal grandfather named E.H. Hunt, who he listed on the recruitment form as a reference. Mister B. looked startled and said, 'Who is this E.H. Hunt?' Bucknell explained. Mister B. said, 'Oh!,' and laughed. (E. Howard Hunt was second in command under Nixon on the Bay of Pigs operation.) 'Bucknell was never contacted again in relation to this program. Neither was I.

"Bucknell says that the Marine Air Control Squadron's covert security was handled by Army Intelligence, and we now both suspect that Oswald may already have been an Army Intelligence agent pretending to be a Marxist at the time of Mr. B.'s recruitment attempt, which may have enhanced his qualifications for Mr. B.'s program.

In a letter to Doc Hambone, Kerry Thornley wrote:

“...David Bucknell, who was in the Marines with Oswald and me, told me in 1979 that security for Marine radar outfits was handled by Army Intelligence, and there are rumors that Oswald and David Ferrie were involved in Satanist activities in New Orleans. And there are many reasons for believing that when Bucknell and I knew him, Oswald was a military intelligence operative pretending to be a self-styled Marxist ‘shitbird.’”

http://www.american-buddha.com/letterkerry.htm
Posted by William Kelly at 2:04 AM

Greg notes that Thornley and Oswald never served together at Atsugi, as JK says in his book, and EJEpstein (Inquest/Legend) could find no Bucknell among the roster of Marines at El Toro. And Thornley is questionable as the only source, thus far, that Bucknell was there.

Dave Bucknell went by other names, one of which was Dave Bennett. He didn't carry a driver's license, and depended on others to give him rides. He was selling and recruiting young men to sell encyclopedias in the small towns of Missouri in 1977. He wasn't one for small talk. He would sometimes leave a motel after a few days without paying.