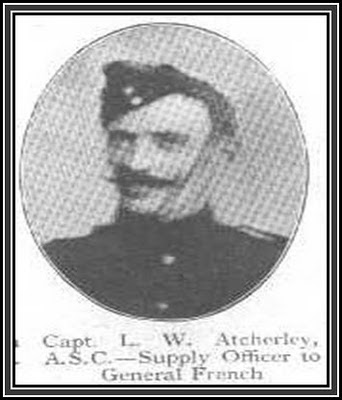 Major General Llewellyn W. Atcheriey - Developed the Modus Operandi - MO - system of maintenance of records and files of classifications and types of crimes and criminals.

The policeman, upon investigation of a crime in which he found a familiar mode of operation, would look up the records of various thieves who usually committed the crime in a like manner. If such a person were at large, and he had no promising leads in another direction, he eliminated all other suspects and confined his efforts to a scrutiny of the thieves who he knew from past experience used methods of operation similar to those used by the thief who committed the crime under investigation.

Policeman who followed this system usually kept the information to themselves; some used a book, while others relied upon their memory. The need of spreading this information to all members of the Force, and of not confining it exclusively to the man making the investigation, prompted the compiling of a system by Major General Llewellyn W. Atcherley, Inspector of Constabulary, Office of the Home Secretary.

It is contended for this system that it tends to narrow the search by a process of elimination of those not known to the police, and of those who are known but who do not commit this certain crime, or, if so, have always committed it differently from the manner found in connection with the crime under investigation.

This system is helpful in many instances, but too much reliance cannot be placed upon it. There are some instances where thieves have committed the same crime in the same way for years, or until caught and convicted,...This system is helpful, but not infallible….The big thing to be remembered By him is that the information he gathers is to be used as a comparison with other records on file...

In applying Atcheriey's MO System to Dealey Plaza, the choice is pretty easy, and a very definate line in the sand - and that is whether the assassination of the President was the result of the impulsive, spontaneous actions of one Deranged Lone-Nut Case, whose individual psychosis can be classified in the realm of medical diagnosis, or was it a covert action, a pre-arranged plan that was meant be secret?

If the former, then we can all go home and let the psychiatrists and psychologists analysize the psychosis of a madman, and the assassination was disconnected to any of the political and historical activities of the day, while if the latter, they were all connected, and therefor can be discurned. That is figured out.

But all of the evidence taken together strongly indicates that whatever happened at Dealey Plaza, the Modus Operandi of the crime was that of a covert intelligence operation, a Black Op designed to remain secret, planned in advance as an illegal act, conducted on a need to know basis using standard covert operational tradecraft and acted out so it was plausibly denialable by the actual sponsors.

Even if Lee Harvey Oswald was the Lone Sniper in the Sixth Floor Window and killed the President in line with the Single-bullet Theory, especially if Oswald was involved in any way, rather than the act of a Lone Mad Man, the assassination must be considered a covert intelligence operation - and investigated as such.

The Modus Operandi behind the assassination of President Kennedy must be cosidered a covert intelligence operation because the facts of the case indicate that, including 1) Those individuals who expressed foreknowledge of the murder; 2) Many if not most of the principle characters were trained in covert intelligence operations, utilized tradecraft and had direct intelligence agency/network associations; 3) deception and traceable disinformation was utilized; 4) There were, as former Senator Richard Schweiker (R.Pa.) put it, "fingerprints of intelligence" all over the place.

As detailed in the study of the use of the Modus Operandi System, it is not perfect, and is only a tool of investigation that eleminates some and narrows down the number of suspects that should be investigated.

The MO System, when applied to Dealey Plaza, does not tell you who was responsible for the crime, but does provide a method for approaching the crime in a way that can lead to its resolution.

Because Covert Intelligence Operations are conducted in a specific way, and those characters involved were also involved in previous covert intelligence operations, both before and since Dealey Plaza, in Guatemala, Cuba, Iran, Vietnam and Chile, the players and suspects are identifiable if not already known.
Posted by William Kelly at 6:43 AM