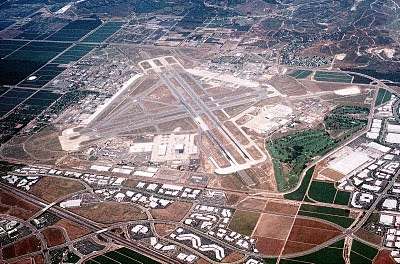 In 1950, El Toro was selected as a permanent Master Jet Station for the Fleet Marine Forces, Pacific. To support this new role, the aviation infrastructure at El Toro was again expanded significantly. For most of the ensuing years, El Toro served as the primary base for Marine Corps west coast fighter squadrons[8]. In 1958, Marine Corps Air Station Miami was closed which brought the 3rd Marine Aircraft Wing to El Toro[9]

From July to September 1957, and from December 1958 to the spring of 1959, Lee Harvey Oswald was assigned to El Toro in the same radar operator unit as Kerry Wendell Thornley[2].
Posted by William Kelly at 2:08 AM