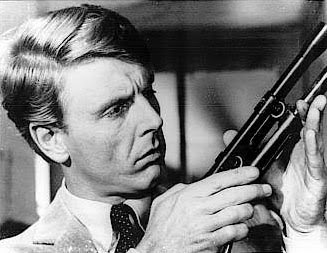 If Lee Harvey Oswald really did assassinate the President alone, and without any assistance, as he stands charged, then how come those who make this allegation also claim that he was a no-good, wife beating loser who couldn't hold a job, rather than the really good, successful assassin he must have been?

Was he really a deranged lone nut case, or was he really a covert jackal, like the professional assassin in the book and film Day of the Jackal?


Things Oswald Must Have Done If He Was The Assassin
For Which There Is No Evidence, Record or Witness.

1) Obtain the rifle/pistol from the Post Office, where someone must have handed him the package(s) over the counter and created some receipt.

2) Physically move the rifle from Dallas to New Orleans in April and back again in September in Mrs. Paine's station wagon and storing it in her garage without her or her husband knowing it. He had to do these things without even being present at the scene so that is pretty amazing.

3) Obtain the ammo and clip for the rifle and bullets for the pistol.

4) Obtain the brown paper wrapping paper that was said to have concealed the rifle when he brought it to the TSBD.

6) Build the wall of book boxes that set up the Sniper's Lair in the Sixth Floor window.

7) Hide the assembled rifle somewhere in the TSBD for the hours before the assassination.

8) Get from the First Floor of the TSBD where he was last seen to the Sixth Floor.

9) Shoot the rifle from the Sixth Floor Window.

10) Hide the rifle on the Sixth Floor and descend the steps to the Second Floor in less than two minutes without being seen by Dougherty, who was standing by the elevators, and two secretaries who descended the same steps from the Fourth Floor at the same time.

11) Leave the TSBD after the assassination.

13) Get from the bus stop at the corner outside his rooming house to 10th and Patton.

15) Arrange for the motorcade to drive past his Sniper's Lair during lunch hour, the only one hour window of opportunity that he had to kill the President.
Posted by William Kelly at 1:15 AM