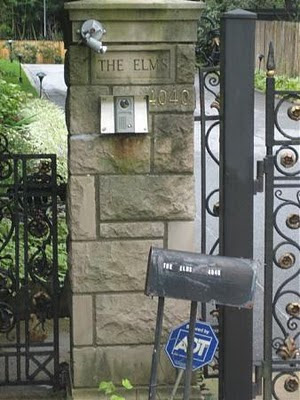 The future president reportedly joked that "Every time somebody calls it a chateau, I lose 50,000 votes back in Texas."

He returned to this home the night of November 22, 1963, not long after being sworn in as president following Kennedy's assassination in Dallas earlier that day…

Read more at Suite101: Homes of Presidents Before They Became President: See Where Presidents Lived in D.C. Before Entering the White House http://www.suite101.com/content/homes-of-presidents-before-they-became-president-a139476#ixzz1663833cy

Then apparenly owned by the Algerian government.

http://wikimapia.org/10003552/Residence-of-the-Ambassador-from-the-Syrian-Arab-Republic
Posted by William Kelly at 2:06 AM