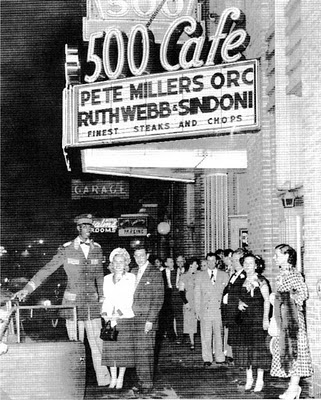 Skinny and his wife outside the Five, standing with the well known and easily recognized doorman.

Agent Miller grew up in Margate, New Jersey, near where I lived in Ocean City for many years, and we shared a mutual friend, the late Christopher Cooke Gilmore, one of the most eccentric people I ever met.

I think Miller represented Bugliosi when he first wrote about the Manson case.
Posted by William Kelly at 9:57 AM