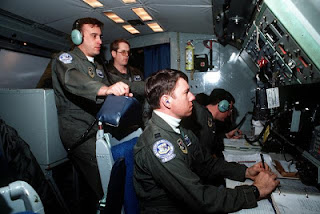 After I read the article Larry Haapanen and Alan Rogers wrote – “A Call Out of the Blue” regarding the Air Force Command and Control plane “Silver Dollar” over Dallas at 12:25 PM on November 22, 1963 – five minutes before the assassination, it was associated with the “Looking Glass” program of keeping such command and control planes in the air 24/7 at the time.

“….Lawrence tells that he began his Air Force training on May 22, 1956 at Lackland Air Force Base in San Antonio. He was tested and designated to study ‘Airborne Radio-Tower and Flight.’ This would require some flying however, and since Lawrence had a problem with his vision, he was disqualified. Instead, Lawrence became an Air Policeman….According to information telephoned to the office of the late assassination investigator Bernard Festerwald, Jr., by a ‘Colonel Flyod’ on October 16, 1968, Lawrence served at Parks Air Force Base in Oakland, California beginning on July 8, 1956; at Wheelus AFB in Tripoli, Libya as of October 22, 1956; at Wurtsmith AFB in Oseoda, Michiagn as of May 15, 1958; at Elgin AFB in Ft. Walton Beach, Florida from October 10, 1959 until his discharge on January 9, 1959 at the age of twenty.”

“Lawrence states that the highest rank he attained was Airman 2nd Class, equal to a Private First Class, and that he pulled guard duty and routine town and traffic control. He was he was given a ‘standard crypto-clearance’ since his duties included guarding B-52 bombers and code rooms, and he dismisses speculation that he performed duties for the Office of Special Investigations……”

“…..One of the places in Florida where Lawrence did find work was at Electronics Communications, Inc., a St. Petersburg company with many government contracts. Lawrence worked as an offset press operator in the printing department, printing sensitive manuals that covered such top secret operations as NASA’s manned suborbital Mercury and Apollo missile projects --- which ECI built the radio systems for ---- and ‘Operation Looking Glass,’ an Air Force operation which kept B-52s in the air twenty-four hours a day, always ready for action. He was not at liberty to discuss Operation Looking Glass back in the sixties; this was the ‘senstitive governmetn work’ he would later allude to in an interview with one of Bernard Fensterwald’s invetigators.’ 3

Notes
….3. Report from Kennard Smith to Bernard Fensterwald, Jr., October 10, 1968. It seems clear that Lawrence worked at ECI in 1962. Smith stated outright that Lawrence lied to him. If Lawrence did tell Smith that he worked for DCI in 1959, it could have been an innocent mistake or simply a result of his irritation at the interview. ….

“When Lawrence told me that he had a ‘standard crypto-clearance’ in the Air Force, I thought nothing of it. Since then however, I have read in two sources that a cryptographic clearance was the highest one granted at the time. 54

I asked Lawrence about his security clearance. He wrote back, ‘As far as I know, my passes and badges were marked with general and universal permissions to go anywhere on the bases on which I served. I guarded ‘crypto room,’ planning and attack rooms or war rooms. I guarded Genie MBI missile sites (atomic air to air warheads) and all of this required Top Secret and crypto-clearance.’ Even if Lawrence did have such a high security clearance, however, this in itself is not necessarily sinister.”

“When news of the president’s death hit the dealership….the salesman he was there sharing a booth with offered him a lift. Lawrence says that he cannot now remember this man’s name, but he describes him as a retired colonel from California who for a hobby wrote novels about the Civil War in such detail that he would even research the kinds of buttons worn on the soldiers’ uniforms. At first, Lawrence could not remember which branch of the military that ‘the colonel’ had served in, and he described him as a balding man in his mid-forties with wavy, reddish-blonde hair. He would later describe the Colonel as being retired from the Air Force, 50-58 years old, about  5’9” or 5’ 10” tall, with freckles, ‘sandy to redish hair’ that was curly or wavy, and a receding hair line.

It could not have been retired Air Force Major Phil Willis, who also worked at the Downtown Lincoln-Mercury but was otherwise occupied that afternoon, having taken several photographs in Dealey Plaza at the time of the assassination. 23

[BK Notes: The Electronic Communications, Inc. – ECI – defense contractor in St. Petersburg, Fla., where Lawrence worked before going to Dallas, is where he says he worked on the “Looking Glass” operations.

We learn all of this from his New Orleans Grand Jury testimony that was ordered destroyed by the DA who took over from Jim Garrison – Harry Connick.

Met Fred Lee Crisman, worked with him at Natonal Institute of Criminology, State of Washington

Also associated with Dr. Frank E. Stranges – National Investigative Committee on UFOs – Van Nuys –
Was at Alford Air Force Base with Lt. Col. Lowery – Director of Operations – Office of Planning of the Strategic Air Command (SAC) – who he met through Lowery’s wife – who answered a newspaper ad regarding fianancial support to promote his band.

How did they meet? Beckman was asked by Garrison’s assistant attorney.

“It’s a long story,” said Beckman, to which the assistant DA replied, “Never mind then.”

“I was out there at the base at the Officers Club, we booked shows there. Mrs. Lowery answered a newsaper add looking for investors.”

They owned a thrift shop together – for about three months and Col. Lowery invested about  $700 –
Lowery gave Beckman a pass to get on the base.

Testified to the grand jury that it was no secret that Lowery flew with Looking Glass – “he told everybody.”

Not that Carl isn’t used to being interviewed by government agents; he has a security clearance – and he has had since he started traveling with his company – he’s been with them for 21 years now. Has traveled overseas. His specific function deals with the installation of special electronics gear in aircraft. One such assignment caused him to be quartered in Brandywine, Maryland as he worked for some period of time at Andrews Air Force Base working on “Air Force Two” – Vice President Johnson’s plane at the time.

[BK Notes – Air Force One is only called Air Force One when the President is on board. The Vice President did not have a specific plane assigned to him  that was called Air Force 2 – but rather he was assigned whatever plane was needed at the time from the Executive Air Fleet. Apparently – as the Nike Missile men told Coyle – “Silver Dollar” was also known as Air Force 2 – an airborne command and control plane that flew with the “Looking Glass” program and had a plane in the air 24/7.]

IF YOU CAN PLEASE SUPPORT ONGOING JFKCOUNTER RESEARCH 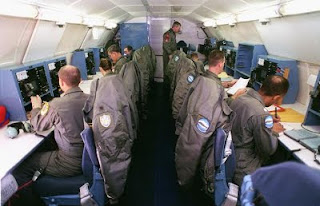 Sturgis, not Stranges though perhaps, frankly of committee's Church like, truth dearch

Great work.Keep on posting.you may also like to read this!
DalagangFilipina.info