Archivist of the US Recommendations Re: Continued With Holdings of JFK Records

AOTUS RECOMMENDATIONS TO POTUS RE: CONTINUED JFK ACT WITH HOLDINGS

BK NOTES: Many thanks to our friends at Government Attic, who got this response. I had emailed a request for these documents and was denied. They are still withholding two of the letters of recommendations from the Archivist to the President, documents what we will eventually get to read someday, but as they say here, not for "the time being." 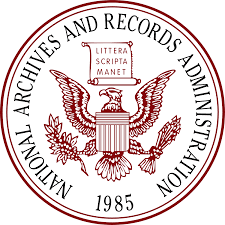 NARA-NGC-2020-OOO185 has been processed with the following disposition: Partial Grant/Partial Denial.

This is in response to your Freedom of Information Act (FOIA) request dated December 28, 2019 and received in our office on the same day. Your request has been assigned the above tracking number in addition to your FO/Aonline tracking number NARA-NGC-2020-000185. In your request , you stated:

After conducting a search, we were able to locate four letters responsive to your reqeuest. One letter from the Archivist to the President concerning the John F. Kennedy Assassinations Records Collection Act, dated March 26, 2018, contains eight attachments, totaling 18 pages and two spreadsheets. We are releasing the letter and three of the attachments in full with no redactions: Tab 6 (letter from the Archivist to the President dated September 26, 2017, enclosed), Tab 7 (spreadsheet, enclosed) and Tab 8 (spreadsheet, located on our webpage:

Five of the attachments (Tabs 1 through 5) are being withheld in full ursuant to 5 O.S.C. &552(b)(S), under the deliberative process privilege, which protects the decision making processes of government agencies.

The other two letters from the Archivist to the President, dated October 4, 2017 and October 12, 2017, and totaling four pages, also concern the John F. Kennedy Assassinations Records Collection Act and are being withheld in full pursuant to 5 U.S.C. &552(b)(S), under the deliberative process privilege, which protects the decision making process of government agencies.

This completes the processing of your FOIA request……

Thank you for contacting the National Archives and Records Administration

Memorandum For: The Honorable Donald J. Trump President of the United States

From: David S. Ferriero Archivst of the United States

This memorandum is in response to your memorandum of 26 October 2017, which asked that I provide you with my recommendation regarding proposals by departments and agencies  (“agencies”) to withhold particular records from public disclosure under section 5(g)(2)(D) of President John F. Kennedy Assassination Records Collection Act of 1992 (44 U.S.C. 2107 note) (the “JFK Act”).

The following agencies provided the enclosed reports to NARA as of 12 March 2018 requesting continued postponement of particular records:

In addition, we have enclosed our own request for continued postponement of the Social Security Numbers of living individuals (Tab 6).

We have also enclosed a list of 80 Record Identification Form (RIF) numbers that were identified by agencies when the collection was assembled in the 1990s, but for which we have not been able to associate with a specific record, and which we therefore believe require further postponement pending their resolution (Tab 7).

Finally, we have enclosed a spreadsheet of all of the items proposed for continued postponement under section 5(g)(D) of the Act (Tab 8).

My staff reviewed each of the records proposed for further postponement on a page-by-page basis, with the exception of those submitted by the CIA and FBI and those found at Tab 7. For CIA and FBI, the volume and time allotted for review required that we instead conduct a sample. We sampled approximately ten percent of the records from CIA and approximately 25 percent  of the records from FBI. In addition to our sampling, we have had extensive discussions with CIA and FBI since 26 October 2017 regarding their review methodology and our assessment of prior reviews. During the course of our review, we identified questions or concerns, and adjustments were made by DoD as well as CIA.

Based  on the results of the further review by agencies, an additional 5,821 records are being released in their entirety. 13,922 documents contain specific information that is proposed for further postponement under section 5(g)(2)(D) of the JFK Act. No records remain denied in full (other than the 80 identified in Tab 7 for which we have not been able to associate the RIF number with a specific record) under section 5(g)(2)(d) of the JFK Act. The National Archives is prepared to make available online the records with new releases no later than 26 April 2018.

Based on our review of submissions from the agencies, I believe that the enclosed proposals are consistent with the requirement s outlined in section 5(g)(2)(D) of the JFK Act. Accordingly, I am able to recommend to you that the information identified by agencies warrants continued postponement, for the time being.

Thank you for consideration of my recommendations,

MEMORANDUM FOR THE PRESIDENT

THROUGH: THE ASSISTANT TO THE PRESIDENT FOR NATIONAL SECURITY AFFAIRS
FROM: THE ARCHIVIST OF THE UNITED STATES

The purpose of this memorandum is to request continued postponement beyond October 26, 2017, of the social security numbers of living persons that are contained in 211 documents from the records of the House Select Committee on Assassinations (HSCA) that were included in the JFK Assassinations Records Collection (Collection).  Pursuant to section 5(g)(2)(D) of the JFK Act, continued postponement of these social security numbers is necessary because of “an identifiable harm to ….law enforcement,…and the identifiable harm is of such gravity that it outweighs the public interest in disclosure.” (A list of 211 documents, with the associated “record identification form” (RIF) number, is attached.)

The HSCA investigated the assassinations of President Kennedy and Martin Luther King from 1977-1979. The JFK Act included in the definition of “Assassination record” any record “related to the assassination of President John F. Kennedy, that was created or made available for use by, obtained by, or otherwise came into the possession of” the HSCA. Section 3(2)(E), codified at: 44 U.S. C. & 2107 note. Among the HSCA records in the Collection are personnel and payroll records of HSCA staff, which include their social security numbers (SSN). The Assassination Records Review Board released these records during its tenure (1994-1998), and only withheld the SSNs pursuant to Section 6(3).

I believe that release of social security numbers of living persons would cause identifiable harm to law enforcement by increasing the possibility of identity theft and  related crimes, which would necessitate a law enforcement response. Moreover, there is no discernible public interest that would outweigh the grave harm that could result from such disclosure. The General Counsel of the House of Representatives supports our request for continued postponement of these SSNs. I note that earlier this month, the President signed into law the Social Security Number Fraud Act of 2017, Pub. L. 115-59, which serves to limit the transmission of SSNs by agencies through the mail and requires “the partial redaction of social security account numbers where feasible.”

I also reccommeend that the postponement of each of these records should extend until either the death of the individual, or 75 years from the conclusion of the HSCA investigation (2054), whichever occurs first.
If your staff has questions regarding this request, please contact William J. Bosanko, Chief Operating Officer, at 301-837-3604 or william.bosanko@nara.gov.

For the complete response with attachments see:
Letter from the Archivist of the United States to the President concerning the John F. Kennedy Assassination Records Collection Act, including three attachments, March 26, 2018

If you can, please support this work: